People need structures to believe in, to focus their hopes and fears on – and when those structures disappear, the rupture can be disturbing, as those energies quickly get re-configured around something else.

I hate to write like a cynic. I don’t want to be one of those people who spend their lives sneering and jeering condescendingly at people who have invested enormous amounts of emotional energy and affection in things I simply don’t believe in. My mother loved the Royal family: stood up whenever the anthem was played, took whatever any of them said on the television with the utmost seriousness, was genuinely offended if anyone slandered them in her presence (“You can’t talk like that…”). A working-class woman from the North of England, she had no reason I could see to cheer for a set of aristocrats at the dizzying other end of the income ladder, but cheer for them she did.

If you believe the polling, approximately 70 percent of the UK shares my mother’s view of the Queen (for people under 30, the share shrinks to around half). If you believe the media, you would think the entire country is in mourning. Levels of censorship, public lamentation and collective coercion which were widely derided when North Korea’s Kim Jong Il died ten years ago are presented solemnly and respectfully as a nation’s woes. Watching it all from my sofa, it was easy to be irritated by the sycophancy and spinelessness of the British media; I found it more difficult, however, to ridicule the emotion breaking in people’s voices, the ordinary people who had clearly spent all of their lives libidinally investing in a symbol which was now no more. It wasn’t the posh, well-off people they interviewed from Surrey or Essex who impressed me; it was the accents of people from Leeds, or Wakefield, or even Glasgow, that made me pause. Bus drivers, nurses, supermarket workers. I think it was Pushkin who said the lie that moves us is stronger than a thousand truths.

I could talk about colonialism (Britain’s version of the c-word, if you like), but it feels like a pointless gesture. For whatever reason—profound collective amnesia, a general, racially-inflected waning of historical consciousness, an ageing population, some “fixes” to the educational syllabus that the incoming Conservative government performed ten years ago (take your pick)—UK public opinion on the British Empire is at an all-time high: we were great. They were happy to have us. End of story. Self-interrogation is something other countries should do. I could talk about fabrication: the German names of our Royal family (changed from Saxe-Coburg to Windsor during the First World War), the choreographed plan of the Queen’s funeral (prepared years in advance), the energy and time spent on their mythologization. But what’s the point? If you weren’t scared off by the c-word three sentences ago, you probably think the same as I do. The people we need to reach are already off scrolling somewhere else – we were lucky to get their attention at all.

It’s not the Queen I’m angry at. I’m not sure how intelligent it is to blame people for failing to transcend their environments; if I’d been born into her precise circumstances, I’m pretty sure I’d have made most of the decisions she made, held most of the opinions she held. It’s the consensus—and the people who make and maintain this consensus—that I have anger towards. The nodding, wise “academics,” the attention-starved historians, the anodyne tv presenters, the corporate bandwagon-riders (Ann Summers and McDonalds promising not to sell sexy knickers and Big Macs on the day of the funeral, etc.) …all of them not wanting/daring to disturb some large-scale agreement on what we call “sacred.”

As someone who is both a Christian and an anti-Monarchist, I did wonder this week, watching journalists interview gutted members of the public, what kind of connection, or even analogy, lay between belief in the Queen and belief in God. People lazily assume religion and monarchy to go hand in hand (the Queen was the Head of the Church, after all), but the Bible actually has little good to say about monarchy. The only divine power we are supposed to recognise is God—the book of Samuel seems to suggest people will reject God’s Law in favour of their King, and when the Devil famously tries to tempt Jesus in the New Testament (Matthew 4:1-11), he offers Christ “all the kingdoms of this world”—which suggests, somewhat unfortunately, that the kings and queens of this world belong to Satan.

Britain is a country with a history of post-war religious decline. Even in the last ten years alone (the most recent census tells us), thirteen percent fewer people call themselves “Christians.” In 1950—two years before the coronation of Queen Elizabeth II—a whopping 80 percent of the population accepted the term. Today, on the contrary, over 40 percent of the country prefers the term “agnostic” or “atheist,” a process of secularisation widely believed to have started in the 1960s. This plummet in religious belief stands in stark contrast to the steady growth and popularity of the Queen, and it is difficult not to see some kind of relationship here, some vicarious shifting of energy from one transcendental icon to another less-distant, less judgemental, less existentially-demanding one. People need structures to believe in, to focus their hopes and fears on – and when those structures disappear, the rupture can be disturbing, as those energies quickly get re-configured around something else.

It would certainly go some way to explain how the tears British bus drivers, nurses and shop workers shed are no different from the tears that ran down North Korean cheeks. People can laugh or get offended by that comparison as much as they want. If the riposte is that Kim Jon Il was (unlike the Queen) a harsh dictator, then I can only invite the gentle reader to google the simple phrase “British repression in Kenya” – but, again, we are back to that bothersome c-word, which never seems to go away. Even on a domestic basis, however, there is something extraordinary about the UK today: in a nation going through an economic crisis (record levels of homelessness, working poverty, consumer debt, suicide), the public affection generated for the demise of one extraordinarily wealthy woman, and her equally wealthy family, is sobering. Even the nation’s food banks will be closed on the day of the funeral as a sign of respect. Yes, you read that right: even our homeless will be given time to grieve.

It explains, finally, the popularity of the Queen in international media, and amongst world leaders and billionaires: elites love elites. Jeff Bezos would do anything—maybe even pay a minimum wage—to get a fraction of the Queen’s popularity. The British Royal family is a role model for them, a two hundred-year old masterclass in successful, self-mythologized elitism: it’s how all elites want to look. You’re not profiting, you’re “serving.” It’s not about you, it’s about all of “us.” You didn’t grab anything violently, it was all ordained. It’s “historical,” “legacy.” Just watch the History Channel, if you want the details. We’re never going to love our hedge fund managers as much as this. 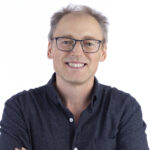 Ian Almond teaches at Georgetown University in Qatar. He is the author of six books, most recently World Literature Decentered (Routledge, 2021).