The Interchurch Dialogue for Peace (Dipaz) is an ecumenical network in Colombia that rose in support of the historic peace process between the Revolutionary Armed Forces of Colombia (FARC), a guerrilla group, and government of Colombia (GOC). Catholic, Protestant, Mennonite, and Evangelical, and Pentecostal Christians originally banded together because their church institutions did not, they felt, share their enthusiasm or commitment to peace accord activism. There is, in fact, more at stake in their collective commitments than meets the eye.

The 2016 peace accord in Colombia gives teeth to the 1991 constitution, which, for the first time, made the Colombian state laico and granted freedom of religion. The ongoing predominance of Catholicism is nevertheless manifest in popular customs, the privileged place of the Catholic church in state-oriented politics, and everyday language. (“When God wills it” was a culturally appropriate conversation stopper to the relentless questions about when my husband and I were going to have a baby.)

But religious life in Colombia’s public sphere is hotly contested and quickly changing. The presence of “Christians,” the denominator for all non-Catholic expressions of Christian faith, is becoming more deeply felt. On one hand, the Government of Colombia (GOC) recognized the critical contributions of rural war-affected Christians to the peace process between the GOC and FARC guerrilla group. On the other hand, most Christians followed pastors of urban mega-churches and Youtubers to reject the 2016 peace agreement in a referendum; they turned the vote. The so-called evangelical right no-vote should not have been a surprise: the peace accord political opposition leader had been courting urban Pentecostal megachurches for years and follows regional trends. And yet it produced a major social-political upset that sent shockwaves around the world.

Conflict exploded between members of Christian churches and in society generally. Christians argued vehemently within the same denomination; Catholics too were internally divided. In the weeks and months that followed the plebiscite, my Dipaz colleagues feared that vitriolic theological discourse pulsing through the streets and social media would bubble over into overt violence. YouTube platforms amplified the marches against same-sex marriage that were promoted and populated by the evangelical right. March messaging linked the peace agreement to the destruction of the family, based on the accusation that the FARC and government support “gender ideology.” Self-proclaimed “digital pastor” and unsuccessful senate candidate Oswaldo Ortiz works to save souls and Colombia by railing against marriage equality and transitional justice measures for the FARC.

Dipaz determined that part of their response to the religio-political polarization and conflict needed to be theological and widely disseminated. They looked around the world and into history and asked, where are the models of public theological contestation today? This post on public theology reflects some of the background of a collaborative theory-building exercise that responds to Dipaz’s question.

At present, I simply want to observe that insofar as the term public theology invites us to glide over theological difference and contestation it is unhelpful because lively contestation is what we need right now. At least these recent events in Colombia illustrate the need for language to talk about the theologies of various publics in ways that support agonistic practices of lively contestation.

This sketch reveals two things about public theology: first, the category needs to be able to account for the fractured and fluid nature of multiple theologically-inflected publics and, second, contestation can be both faithful action and a form of democratic participation.

Recall that the term “public theology” was coined by Martin Marty to describe the work of Reinhold Niebuhr. Niebur said that he was a servant and prophet to America, dealing with “a believing and practicing ecclesiastical and national community.” (Martin Marty, 1974, 336) The problem is that there is not just one believing and practicing community in this or any country, and there never has been. Niebur’s Anabaptist critical contemporaries who suggested that confession was a more faithful response than servanthood to America were demonstrating as much, if not often saying it explicitly. Presently in Colombia, the shocked disbelief that the evangelical right could turn the vote in a predominantly Catholic, but increasingly secular, country is a case in point. Insofar as the terms of the debate about public theology glide over extant theological difference and hermeneutical contestation, the term itself is unhelpful; it hinders awareness of multiplicity, and lively contestation is what we need today. That is why I am taking cues from Michael Warner, who redefined the term “public” by way of expanding it and introducing the notion of multiple publics (2002).

Warner’s ancillary concept of the counterpublic conveys the helpful notion that there can exist contestation among publics. In view of the various forms of violence justified and enabled through theological discourse, helping to articulate models for contestation among theologically-inflected publics can be a contribution to Christian practice and peacebuilding. Emilie M. Townes says it this way, “our scholarship should also help map out strategies for creating a more just and free society and world.” (2009, 5)

Mapping a strategy for agonistic practice for public theologies is outside the scope of this blog post, but I conclude by offering four points towards developing one. First, insights from studies of the secular can help. They teach us that the categories of the secular and the religious, and the analogous categories of the public and private, are contextually constructed. Talal Asad and William Connolly, among others, go on to target the belief /practice separation, which falsifies the “deep grammar of European secularism” and helps even the playing field among publics. (Connolly, 2006) (It helps to the extent that society acts upon this insight, recognizing that there are no impartial, neutral, or independent actors.)

Second, mapping publics needs to be context-specific and historical. In the Colombian case, contextual keys include the borders of socio-political and economic power tracing back to colonialism, painful memory of exclusion, generation of power outside state political systems, and the co-imbrication of theology and institutional politics (to say nothing of theology and economics for the time being). These lines of inquiry can help us understand what is at stake, and for whom.

Third, the vision we articulate ought to recognize that robust disagreement among moral communities, or publics, can be an achievement. After all, to refer again to post-accord Colombia, theorists of transition commonly argue that in the aftermath of civil war and dictatorship establishing civil disagreement is an invaluable achievement (Rotberg and Thompson, 2000; Payne 2008). That is, it is a contingent achievement of political and moral action.

Finally, I follow Chantal Mouffe to say that what we need to do is to put an end to the antagonisms that have polarized (Colombia, among other contexts) for many years through inequality and violence, and transform antagonisms into a democratic agonism more inclusive of minority publics. Mouffe writes that, in an agonistic struggle, “the others are not seen as enemies to be destroyed, but as adversaries whose ideas might be fought . . . but whose right to defend those ideas is not to be questioned.” (2013, 7) The Evangelical Right’s rejection of the peace agreement was tragic because it diminished the realm of the agonic and increased the realm of the antagonistic. Agonism would help this situation because the Evangelical Right-cum political platform draws on painful memories of religious exclusion and marginalization; agonism allows us to consider what is at stake in deep-seated religio-political conflicts by providing a key for discussing nation-building beyond state-centered reconciliation. The key Mouffe writes in may be unfamiliar to many theological publics, but the core idea is not. For we have heard it said that we really will have enemies in the gospel of Matthew (5:43). Agonistic practices of lively contestation constitute a practical way to love them. 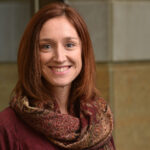 Janna L. Hunter-Bowman is Assistant Professor of Peace Studies and Christian Social Ethics at Anabaptist Mennonite Biblical Seminary. She has 17 years of peacebuilding practice and research experience in Colombia. 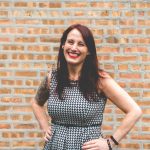 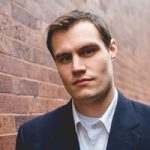 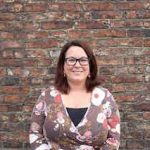 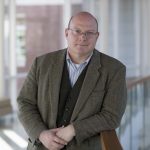