In the midst of a pandemic, can these Advent texts speak to our grief, both collective and personal, in political ways? These scriptures reveal that to grieve is to bear witness to our tears through righteous anger. They interrogate how our lives are structured along inequitable lines in this present moment and counter a simple return to how things were.

LORD God of hosts, how long will you be angry with your people’s prayers? You have fed them with the bread of tears, and given them tears to drink in full measure. You make us the scorn of our neighbors; our enemies laugh among themselves. Restore us, O God of hosts; let your face shine, that we may be saved.

As we lumber toward Christmas in the middle of a pandemic, waiting in our grief may bring us closer to the political longings of these Advent texts.

LORD God of hosts, how long will you be angry with your people’s prayers?
You have fed them with the bread of tears, and given them tears to drink in full measure. You make us the scorn of our neighbors; our enemies laugh among themselves. Restore us, O God of hosts; let your face shine, that we may be saved.

A few weeks ago, while shopping in our local Target, I noticed that a section of the store in the back was getting ready for the December holidays even before all the Halloween decorations and items had been put away. It announced the arrival of “Christmas creep,” a now predictable, commercial strategy that normally annoys me for its shameless coopting of sacred holidays for financial ends. But in 2020 I find these premature holiday displays less irritating despite their egregiousness. Perhaps because of the convergence of the pandemic, police brutality against Black lives, the general election, West Coast fires, and the circumstances of my own personal grief, I’m softened to this early announcement of Christmas—even the big box variety. People are longing for signs of hope and cheer.

And yet, the lectionary readings that announce the beginning of Advent this year perform their own kind of interruption into our present moment. They do not easily align themselves with twinkly lights or ornaments, or even the early arrival of Christmas trees in people’s homes. Instead, they are texts that swirl with judgment and waiting, with portent as much as advent. This is in fact in alignment with what Advent is about—waiting. But there are different kinds of waiting. There is a waiting out of things, where attention is already shifted to the future as a way to be absent from the present and present to relief. There is a waiting in the dark, where one is enveloped by the fear of the present as much as the future and no clear direction is in sight. There is a waiting filled with longing for restoration of memories past as much as for hopes fulfilled. There is a waiting that is open to the difficult processes of restoration that lead to transformation.

We are entering into a third wave of the pandemic as we creep into the winter months; we have passed 250,000 deaths in the United States and states are entering into various stages of lockdown. Behind these numbers, individual lives around the world have been affected in profound and long-lasting ways. Families and communities are left in the wake of the deaths of loved ones. Many more are dealing with long roads of physical healing and emotional recovery ahead. Millions have been laid off and small businesses have been shuttered, reopened, and then permanently closed. The usual rhythms of birth and death, too, have been interrupted; we cannot observe our rituals of celebration or mourning along expected lines. In the midst of this, can these Advent texts speak to our grief, both collective and personal?

All four of our texts are waiting texts that reveal disparate attempts on the part of the writers to bring coherence to the lived realities of exile, empire, and division. The Hebrew Bible texts teem with tears of grief (Psalm 80:6); such tears point both to the destabilizing, lived experiences of exile as well as acknowledgment of God’s anger and withdrawal. The New Testament readings from 1 Corinthians and Mark are also marked by waiting. But they anticipate Christ’s second coming as the Son of Man, an apocalyptic figure rending open the heavens in a way that echoes the cries of the prophet Isaiah. This is no babe in the manger. Instead, we must delve into the pulsing anger and judgment of these difficult texts.

Read across each other and together, these four texts fracture our sense of time in the present moment by resisting closure. To consider how these texts begin Advent, without explicit reference to the birth event of the Christ child that orders us through it, might allow for us to remain in our grief. This remaining might be a form of what theologian Karen Bray calls “grave attending” in her book (titled the same)—”a caring for the gravity, the pulling down to the material world, the listening and feeling for what all its myriad emotions have to tell us and where they have to lead us.” To evoke grave is to understand existence as earthy, and feel the heavy constellation of emotions that often accompany death—overwhelming and painful precisely because this irreplaceable loss of life is unjust in our sense of the cosmic order.

What might it mean to remain with these grave emotions in our present moment, during this pandemic Advent? Many of us have adjusted to our new realities—masking, remote work and school, venturing out to supermarkets and other businesses, even returning to socially distanced services in our places of worship.

And yet—while the fallout from COVID-19 has affected all populations, it is also true that it has deeply impacted Black, indigenous, and Latinx communities more than others. COVID has revealed that systemic racism is the connective tissue that ties together the police deaths of George Floyd, Breonna Taylor, Elijah McClain, Sandra Bland, and many other Black lives with these pandemic deaths. The pandemic has revealed that life as we live it together does not actually sustain life for all, that the time that we live in is, as Bray describes, unredeemed.

While all of these texts speak to waiting, entering into the cadences and imagery of Psalm 80 in particular might have us remain in our grief and speak to our political moment. Psalm 80 is a communal lament, meant to be sung together as a congregation. Most likely composed after King Solomon’s death and after the division of Israel into two kingdoms, the psalm mourns God’s absence as Israel’s shepherd. The thrice-repeated refrain, “Restore us, O God, let your face shine, that we may be saved,” is interwoven between phrases that punctuate the psalmist’s feelings of divine abandonment.

Abandonment however is not marked as mere absence but actively feels like God’s judgment and anger. Elsewhere in the psalm outside of the lectionary reading, the psalmist describes Israel as an uprooted vine, and vulnerable to the attacks of wild boars. God is Israel’s gardener and protector, the nurturer and sustainer of life; God’s withdrawal results in Israel’s disorientation and loss of identity. In this vacuum Israel is defined now by the scornful laughter of enemies. The psalmist’s cries of restoration are therefore mingled with repentance, of a restoration that recenters Israel’s identity in ways that hint of transformation rather than simply return.

What is our own vision of restoration? More recently, we have glimmers of hope—news that one or even two vaccines might be on the near horizon; expectation that a sea change on the US federal level might reverse a damaging and cynical politicizing of a public health crisis. Together, both adjustment and anticipation point to the tantalizing desire to return to a sense of “normal,” to sunnier days accompanied by an underlying confidence in how things used to be. They speak back to accustomed rhythms, rhythms that redeem themselves through return to that same economic and political order. Business as usual.

At the same time, people have found ways to survive and care for each other in creative ways that do not depend on the world order as it was and is. People have donated to mutual aid societies and grown food from their gardens to share with neighbors. They have protested unjust systems of violence, given to bail funds for protesters, and insisted that the world as it is, or a return to the world as it was, is not the world as it should be. They have woven together their anger and sadness into smaller webs of interdependence and trust. We all rightly long for relief from our necessary isolation, from the scourge of this pandemic. But to grieve is to bear witness to the righteous anger in these tear-filled texts, of how they open up and interrogate the deeper, inequitable structures permeating our shared existence.

Perhaps this is what waiting during a pandemic Advent might look like—a refusal of easy return, a looking forward to a world transformed through our experiences of loss instead of escaping from them. To resist the temptation of molding the world according to our own craven and short-sighted desires, but instead be molded by grief, awakened to its depths and attentive to its processes.

Already, as we enter into another phase of lockdown, people are beginning to hoard again in fear that there is not enough. White Christians are beginning to signal that they have heard enough about racial justice. But a vaccine will not undo the sicknesses of systemic racism, greed, and inequitable systems based on beliefs about merit and worth. The Advent scriptures that present themselves to us this week hold space for our many tears, presenting a challenge against easy restoration. It is in that space that we might find the unexpected arrival of God made flesh. 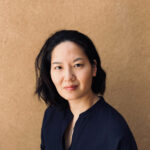 2 thoughts on “Waiting During a Pandemic Advent”