The Political Theology Network is happy to announce the launch of its most recent blog–Catholic Re-Visions.

Why add another Catholic blog to the discourse? There are already so many blogs, journals, and newspapers exploring Catholics, culture, and politics.

First, we believe there is a need to bring Catholic political thought into deeper dialogue with the humanities. There is a flowering of powerful, transformative scholarship in cultural studies, Indigenous studies, Black studies, gender studies, settler colonial studies, social movement research, affect theory, autoethnography, and critical criminology, among other areas. We plan to stage public-facing, thematically organized dialogues that draw on the insights of these cutting-edge scholarly conversations while at the same time probing–and “re-visioning”–Catholic traditions of thought and practice. While wide-ranging and critical, the essays in this series are committed to the pursuit of truth, goodness, and beauty.

Second, we believe there is a need to spotlight the richness of horizontally-oriented, rather than vertically-oriented, Catholic political engagement. Instead of privileging elite discourse, or punctuating discussion of elite discourse with titillating gestures toward the “grassroots,” we aspire to take seriously, and as our starting point, critical engagement with the ideas implicit in lay movements, mysticism, women’s organizations, and popular devotion. But rather than turning from “theory” (or theology) to “practice” (or activism), we hope essays on this blog will interrogate and complicate that distinction, experimenting with new modes of engagement.

Catholic political thought has a rich and sometimes harmful history, from the just war tradition to liberation theologies, from the papal bulls justifying the Atlantic slave trade to the Holy See signing the Treaty on the Prohibition of Nuclear Weapons. The words of popes, nuns, and lay and cultural Catholics all contribute to Catholic traditions that have been passed down through the centuries. From popular piety to protest to scholarship, Catholics (for better or worse) have been present in the creation, annihilation, and cultivation of “worlds.” Wisdom in Catholic traditions does not only exist within the hierarchy, but is to be found among everyday Catholics and the “social poets.”

Catholic Re-Visions will publish essays of 1500-2000 words that critically engage Catholic traditions and Catholic-adjacent questions and movements using a variety of approaches, envisioning anew what Catholicism is, implies, and does. Animated by a concern for justice, this blog will spotlight stories, practices, images, concepts, and scholarly debates that enrich our understanding of Catholicism (broadly understood) and politics (broadly understood). Drawing contributors from within and beyond the academy and from within and beyond the Catholic church, we anticipate that authors will challenge readers, troubling our understandings of Catholic pasts and presents, as well as offering new visions for Catholic futures.

The discussions we host will be, as Roberto Sirvent warns, understandably messy. As Sirvent puts it, in our collaborative practice there “is the kind of vulnerability, surprise, and disorder that we should embrace.” You may resist the methods and conclusions you encounter here, but you can learn from that resistance: about yourself, about the state of our discourse, and about the possible futures of Catholic political engagement.

Or, you may discover new riches. What might Catholic critical race theory look like? Or Catholic queer theory? Or theology of immigration that grows out of autoethnography? Or a Catholic Indigenous theological method? Some folks, both inside and outside the church and academy, are already engaging in these conversations and constructions. We will highlight voices responding to questions like these, and more, on this blog in the months to come.

Too often, “politics” means elections: polls, parties, and politicians. Too often “politics” means political institutions and those who seek to influence them. Just as we propose to orient our understanding of Catholicism horizontally and expansively, we propose to orient our understanding of politics in a similar way. We envision our authors raising questions about grassroots social movements, about gender, race, and class, about colonialism and its legacies, about the connections between the personal and the political, and about the unspoken foundations of Catholic thought and political thought. Instead of focusing on the categories of moral theology or the landscape of electoral politics, this blog will utilize a variety of tools to open the space where the ethical, the social, the political, and the religious touch and tangle, provoke and perplex.

The meaning of “political theology” has shifted rapidly in recent years. From the earliest days when the term began to circulate widely, it was associated with the work of the ambivalently Catholic Carl Schmitt, a legal scholar who questioned how – to invoke the title of one of his books – Roman Catholicism relates to political form. In Catholic theological circles, for many years “political theology” was associated with the work of Johann Baptist Metz and those in his circle. But today, both Schmitt and Metz are rapidly losing their centrality. In their stead, a new conversation is emerging, catalyzed by other blogs on this website, the journal Political Theology, and the Political Theology Network. That new conversation is equally hospitable to scholars working out of a religious tradition and those working in anthropology, literature, philosophy, or history departments. Now, “political theology” is a meeting place for critical inquiry into connections between religion, politics, and culture, animated by a concern for justice. That is the vision of political theology with which this blog aligns itself.

How does political theology relate to Catholic social thought or social ethics? The connections between these fields continue to unfold, especially as “politics” and “theology” are understood increasingly expansively. (Indeed, the Political Theology Network featured a blog from 2016-2017 on Catholic Social Ethics.)  We think of “political theology” as signaling an investment in interdisciplinarity as well as an attunement to concerns of critical theory, whether or not critical theory is an explicit conversation partner. We think of “political theology” as signaling, too, an audience that reaches beyond the Catholic academy, an audience that includes scholars in other fields, scholars focused on other traditions, and those situated outside the academy. Even within the theological guild, political theology is just as concerned with religious questions that go under the heading of “systematics” as it is with those classed as “ethics.”

Catholic Re-Visions seeks to investigate the very claims, concepts, and vocabulary of Catholics that animate everyday life. In the upcoming year, we are excited to feature symposia on the Catholic Worker and political theology, on “law and order” Catholicism, on the catholicity of desire, on four Catholic women who left the church, on queer re-visions of Catholic political theology, on new approaches to Gustavo Gutiérrez’s A Theology of Liberation, and on Thomistic, radical views of land ownership. We hope that these symposia activate and inspire imaginations, challenge and contort understandings, and make change possible.

There will be another Call for Papers circulated for this blog in late summer 2022. In the meantime, if you have ideas or queries, please reach out to Jacques Linder or Vincent Lloyd.

We are grateful to our academic advisory board members for guidance. We look forward to developing further partnerships with scholars and community leaders in the months and years to come. 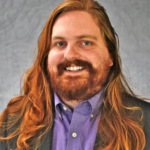 Jacques Linder is a doctoral student in Theology and Religious Studies at Villanova University, where he focuses his studies on political theology, theologies of liberation, theories of race and class, and social movement organizing tactics. His work traces the theological and political conversations surrounding the creation, use, proliferation, and disposal of nuclear weapons and nuclear waste.