“We don’t usually pray that much,” I lied.

I was eight years old and hosting a sleepover for two friends from school. We were getting ready for bed when my mother mentioned that this was the time of day when she would usually say some bedtime prayers with me, and my friends—not noticing my discomfort—asked her to say some for them.

Kneeling on the floor, she ran through Catholicism’s greatest hits: Hail Mary; Our Father; Angel of God. They were prayers I knew by heart, incantations I still experience in terms of cadence and rhythm rather than words with definite meaning: fullofgracethelordiswiththeeblessedis…

When she turned out the lights and left the room, my friends giggled awkwardly, voicing their surprise at “how religious” we were. Feeling embarrassed for reasons I didn’t quite understand—was being “religious” childish? Was it gauche?—I immediately disavowed this otherwise treasured part of my day: “We don’t usually pray that much. She said more because you’re here.”

Reading Spencer Dew and Nick Shrubsole’s recent books on the relationship between law and religion in North America (more specifically, on Aliite religion in the United States and the impossibility of Indigenous religious freedom in Canada), I thought of this exchange for the first time in years. Alongside my own research on evangelical legal activism in England, these texts raise a common question: Who wants to be (called) religious?

While the relationship of Aliites to the United States, Indigenous Peoples to Canada, and evangelicals to England are, of course, radically different, our three sets of interlocutors are united by the skepticism they display toward a term that simultaneously en- and disables them: that of “religion.” In all three cases, those who may well be ambivalent about religion as a concept rely on laws that “protect” it, even as they acknowledge that the language of the state cannot possibly capture what it means to be Aliite, Indigenous, or evangelical. Considered together, then, these three books shed light on the complexity of recognizing and regulating identity in contemporary states—and on the inevitable compromises that seem to accompany recognition’s pursuit.

Dew’s The Aliites charts the efforts of Noble Drew Ali’s intellectual descendants, including the Moorish Science Temple of America, the Nuwaubian Yamassee, and the Washitaw de Dugdahmoundyah, to gain US citizenship (a status currently denied, they argue, to Black Americans). For Ali and his followers, citizenship is sacred—indeed, it is “the means of serving, living in accord with, and enacting Allah’s plan for humanity”—and Aliite religion is framed, primarily, around its pursuit.

Even as they draw on linguistic tropes popularly assumed to be “religious,” though, Aliites reject this term “for its implication of belief rather than knowledge.” Frequent references to science and evidence speak to their desire to “know the facts”: as one Nuwaubian Yamassee put it, “‘we don’t believe in anything—we just study the facts.’” By contrast to Aliite “science” or “factology,” religion is presented as a tool of the powerful to oppress, subjugate, and mislead. In this way, Dew posits, Aliites “are part of a deep American tradition, from early Jehovah’s Witnesses, who argued… that religion was ‘a snare and a racket,’ to contemporary Evangelical Christians who argue that Jesus came to destroy religion.”

Yet this tradition is not limited to the Americas. The term “religion” is equally fraught for my evangelical activist interlocutors in England, among whose greatest worries is the widespread misperception (from their perspective) that Christianity is equivalent to any other “religious” option. “Religion,” for these conservative Protestants, conjures images of meaningless performances and rote memorisation, usually typified by caricatured renderings of Judaism or Catholicism—the same kinds of ritual incantations, in fact, that kept me safe at bedtime. By contrast, they would argue, evangelical Christianity is about a relationship with God, not the “rules” and “rituals” typical of religion.

But in a context where their understanding of the world seems increasingly at odds with those of their non-Christian neighbours, evangelicals’ efforts to maintain their distinctive approach to such issues as gender and sexuality often involve their claiming “religious” exemptions from workplace obligations or equality law. As with the Aliites, whose disavowal of the term religion does not prevent them from framing state intervention into their communities as a breach of religious freedom, evangelicals rely on laws protecting religious identity because those are the tools available. In so doing, however, they risk contributing to the relativization of Christianity, confirming—for legal purposes, at least—that it is a “religion” like any other.

While my interlocutors fear that Christianity is increasingly seen as equivalent to other religions, the problem facing Indigenous Peoples in Canada has traditionally been the reverse: that their “religion” is only recognized in so far as it can be translated into a register more familiar—read, more Christian—to the court. For example, in a 1985 case in which two Coast Salish men argued that hunting regulations restricted their religious freedom, the Canadian Supreme Court described the burning of fresh meat for deceased relatives as a kind of “reverse transubstantiation.” Even this attempt to find a Christian parallel, however, proved insufficient. The Court ultimately ruled that the need for fresh meat was no justification for hunting out of season, as—in their opinion—frozen meat could be used for this purpose. This instrumentalist understanding of the ritual, in which all that mattered was the burning of meat (as opposed to its procurement, community preparation, and invocation of the immediacy of life and death), betrays the colonial legal system’s failure to grasp the breadth and depth of Indigenous religion.

While Canada’s approach to Indigenous religion has improved somewhat since 1985, it remains insufficiently appreciative of its four-dimensional nature (that is, the sheer reach of cosmologically significant spaces, practices, and relationships). Indigenous Peoples are still expected to be willing to “compromise”: to balance their interests against those of large corporations, to substitute fresh for frozen. Shrubsole’s conclusion is, unsurprisingly, damning. While this shallow understanding “is detrimental for the religious freedom of all Canadians,” he argues, it threatens the very existence of Indigenous religions.

What good does it do, then, to be called “religious”?

For all three groups, “religion” is a way to name the pursuit of alterity, the drive to be meaningfully “other,” and the potentially radical futures that might arise from its achievement. For my own interlocutors, this “otherwise” is a past and present Christian nation that is equal parts conservative and revolutionary (although their opponents would use very different descriptors). Among the Aliites, it is a future in which the United States lives up to what they see as its founding ideals; for Indigenous Peoples in what is now called Canada, it is a world in which things have been “made right.” In their different ways, and with varying degrees of trust, all three communities have sought to mobilize the state to achieve these alternative futures. Yet the law has—so far, at least—failed to embrace these possibilities for living otherwise. In its efforts to “recognize” religion, it seems, the state inevitably domesticates it.

This tension is well known to scholars of religion, who often—as I confess to doing—offer a critique of the inadequacy of the category before continuing to deploy it in their work. In this way, we perform our own acts of domestication, implicitly chastising others for naming and circumscribing “religion” even as we, too, rely on the term. As these three works show, this is partly the result of the fact that, regardless of our genealogical interrogation, the terminology of “religion” is operative in the world—not only among the scholars who frame it as a second-order category, but among our interlocutors and kinship networks. (As a colleague and I have written elsewhere, “‘religion’ has never been solely, or even primarily, the property of the scholar’s study.”) Given the baggage that oftentimes accompanies it, perhaps it is unsurprising that so many of us are ambivalent as to its application to the people, practices, and places to which we attach meaning; whether our citizenship, our cosmologically significant spaces, or our bedtime prayers. 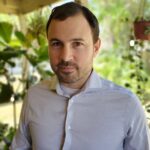