8 The voice of my beloved!
Look, he comes,
leaping upon the mountains,
bounding over the hills.
9 My beloved is like a gazelle
or a young stag.
Look, there he stands
behind our wall,
gazing in at the windows,
looking through the lattice.
10 My beloved speaks and says to me:
‘Arise, my love, my fair one,
and come away;
11 for now the winter is past,
the rain is over and gone.
12 The flowers appear on the earth;
the time of singing has come,
and the voice of the turtle-dove
is heard in our land.
13 The fig tree puts forth its figs,
and the vines are in blossom;
they give forth fragrance.
Arise, my love, my fair one,
and come away.
14 O my dove, in the clefts of the rock,
in the covert of the cliff,
let me see your face,
let me hear your voice;
for your voice is sweet,
and your face is lovely.
15 Catch us the foxes,
the little foxes,
that ruin the vineyards—
for our vineyards are in blossom.’
16 My beloved is mine and I am his;
he pastures his flock among the lilies.
17 Until the day breathes
and the shadows flee,
turn, my beloved, be like a gazelle
or a young stag on the cleft mountains.

“Draupathi,” a Tamil film directed and produced by Mohan G, released in February 2020, sets off with a broadcast journalist reporting, “This twin ‘honor-killings’ that happened because of casteism have created chaos in Tamil Nadu.” However, as the plot unfolds, the protagonist of the film, Prabhakaran accused of the “honor-killings,” is released from jail on parole within six months of his imprisonment.

With the help of his friend, Prabhakaran goes about on a killing spree of individuals connected with a marriage registration office. The screenplay portrays the protagonist and all his supporters coming from the dominant caste group with interest in martial arts, education, and desire for social change within their communities. In contrast, the antagonists of the film are from the Dalit communities with no or less interest in education, desire for economic improvement without hard work, and involved in a fake marriage racket. Dalit leaders are portrayed as felons regulating the marriage racket. The dominant caste groups work hard to crack the racket by fencing their daughters from becoming the victims of the lazy Dalit young boys lured by the wealth of the dominant girls.

An undercover cop—with the help of cyber police and cooperation of an independent journalist—cracks the racket and declares to Prabhakaran, “there is nothing wrong in killing them.” The film is a vigilante revenge drama for the deaths of the protagonist’s father-in-law and sister-in-law. The plot of the film culminates in the court scene where the extra-judicial killings committed by the dominant caste protagonist, Prabhakaran, are justified and inter-caste marriages are ruled out as fake implying all inter-caste love of Dalit boys as driven by a desire for wealth of the dominant girls. Inter-caste love is forbidden! It is forbidden because Dalits pollute.

Fencing daughters with physical and imaginary walls, coercing Brahminical/dominant ideologies, disconnecting them from all social media platforms, confiscating electronic devices and controlling their autonomy in decision making especially regarding choosing their partner/spouse is a tale familiar among communities in India where Caste regulates the functions of the society. Song of Solomon 2:8-13 strikes close to this reality and especially with the film “Draupathi.”

However, its interpretation relating to carnality has turned off several scholars, and Rabbi Aqiba is worth mentioning. “…all the scriptures are holy, but the Song of Songs is holiest of all” (Jacob Neusner, The Mishnah: A New translation). Rabbi Aqiba assigned Song of Solomon to the realm of the holiest, refusing to acknowledge its carnal representation and destabilizing the literal reading of Song of Solomon as a collection of love poems between people. By locating Song of Solomon in the holy of holies, Rabbi Aqiba deters its usage by general public at all occasions. Both in the ancient Israel and in many parts of India, holy of holies is inaccessible to the “untouchables/impure” (read Dalits). It is inaccessible to them because they pollute it. They are forbidden from entering holy of holies, for it angers God who arises from the sanctuary and leaves the earthly abode.

Song of Solomon is one of the texts from the Hebrew Bible that resists association with Creation, Exodus, Covenant, Temple, Promised land, and for that matter God. If not for these significant events in the life of the people of Israel, what else makes this book the holiest?

The “holiness” of chapter 2:8-13 lies in the woman’s resilience in refusing to give up her love for her beloved despite the impending danger from toxic machoism that dominates and controls her autonomy and restrains her in her house. Unlike the prophetic texts in the Hebrew Bible, where female sexual expression outside marital relations are likened with apostasy and were condemned, controlled, and even punished, love in Songs of Solomon with no marital ties attached is celebrated amidst a host of other characters.

The characters inhabit different spaces, the woman and her audience in the house, the beloved behind the wall peeping and waiting for her beloved to join him. The flowers, turtledove, figs, vines, foxes etc. unrestricted and happy on the land. Defying gender expectations, the woman seeks to inhabit a space that is traditionally not meant for her. Her presence on the streets is a symbol of protest, protesting machoism that hinders women from celebrating their sexuality and controlling their autonomy. Her voice that we hear loud and clear in 2:8-13 is a personification of women power in forbidden spaces seeking forbidden love.

What unfolds in this poem, which is independent of what precedes and follows, is an expression of love that is forbidden. In chapter 2:8-9, we are introduced to the intensity of the woman’s love for her beloved. She sees her beloved approaching her transcending all geological boundaries by leaping upon the mountains, bounding over the hills (2:8b) and drawing closer to her like a gazelle who is conscious of his surroundings, aware about the impending danger from forces that seek to separate them. She calls on those who are restraining her in the house to look upon her gazelle who is fearless. She notices that her beloved has reached her house but can barely see her. Look! she says to the bystanders, there he stands behind our wall, gazing in at the windows, looking through the lattice (2: 9).

The woman mourns that she cannot meet her beloved who fearlessly invites her to the eternal dance of love. She hesitates due to the presence of foxes that would ravage their garden where their love consummates. However, her hesitancy does not deter her from making promises to her beloved and reclaiming her autonomy. Despite being bound within the walls of her house and being restrained from meeting her beloved, she makes a promise, a promise that defies all boundaries that deter them from meeting. Her promise is to be like a gazelle or a young stag on the cleft mountains (2:17) and wait for her on the cleft mountains.

She declares that architectural boundaries such as walls, lattices, barbed wires need to be broken to meet the beloved who awaits her on the other end. Though the lattices are not just patterns but impenetrable structures with underlying ideologies of control over female bodies and are discriminatory and deadly, she is convinced that she will make it to the mountains. The control over her body will be defied, her fearlessness will threaten the people who restrained her within the walls. She plots to escape the confines of her walls and meet her beloved.

Unlike the film “Draupathi,” Song of Solomon 2:8-13 consummates in a celebration of forbidden love.  The film “Draupathi” ends by legitimizing Brahmanical/dominant structures that impede authentic expression of love between people from different caste identities. The women celebrated in the film speak the language of caste, spew violence and privilege the dominant. Dalits who crossed boundaries are stripped and paraded naked.

The protagonist’s wife after whom the film is titled, Draupathi is a character loved by all in the film. She is a social activist, educator, and fearless leader of her community. She is embraced by the entire community for fearlessly advocating social change and for stripping a Dalit young boy naked for loving a dominant caste girl. With casteist ideology as a subtext, the protagonist in the film surrounds himself with allies from dominant castes who support his war against fake marriage racket logic. Time and again, their hidden violent dominant caste identities are revealed.

Hidden dominant ideologies become obvious in utter insecurity. It was apparent when Amy Cooper claimed her white privilege when she was asked to put a leash on her dog by bird watcher Chris Cooper. It was obvious when the police officer kicked Rayshard Brooks when he was breathing his last and also when Travis McMichael used the racial slur as he stood over Ahmaud Arbery’ body. Insecurities bring out the real self. When that real self is revealed, they come face to face with their ugly, violent, dominant assertions or machoism and hegemony.

The above artwork by Immanuel Karunakaran represents the brutalized woman’s bodies abused by inter-caste love surrounded by hegemonies of machoism that compartmentalize people with barbed wires. The rope hung around the woman’s neck symbolizes honor killing. Against this background of brutality and torture lies a creative liminal blue space where justice is envisioned, and solidarity is sought. 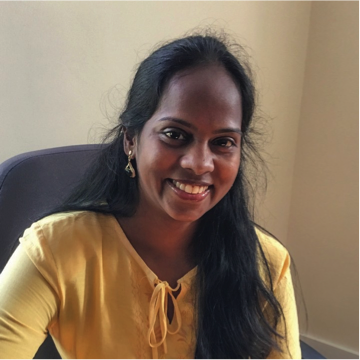 5 thoughts on “When Love is Forbidden, Resilience Becomes Inevitable”