White Christian Nationalism (WCN) is a fast-moving target. Though until recently, few have tried to track it. The term was rarely used outside of seminar rooms. Only a handful of journalists were sounding the alarm.  Most secular progressives were entirely unaware of its existence, a few #exvangelicals aside. WCN was also invisible to most conservative white Christians.  Either because it was the water they swam in or because they had their eyes wide shut. Also, because WCN was still traveling under innocuous sounding alias of “American exceptionalism.”

Of course, that all changed on January 6, 2021. Confederate flags, Christian flags, and Trump flags – the riot at the Capitol was also a riot of images.  And the sum of those images was clear to see: WCN.

Today, the “Christian Nationalism” (CN) concept circulates widely. It  makes regular appearances in national media outlets like The Washington Post, The New Yorker and MSNBC. It has been openly embraced by leading members of the MAGA movement and the Christian Right.

Along the way, the term has undergone a great deal of use and abuse. The racist right often hides behind CN when it ventures out in public.  Defending “Christian civilization” sounds more respectable than decrying the more exaggerated claim of “white genocide.”  Christian Right “thought leaders” are more inclined to an “anti-anti-“ stance: If “liberals” are against CN, then Christians must be for it or at least not against it.  Some on the right have gone even further. They seek to transform CN from an academic concept into a political program. Meanwhile, on the left, CN is subject to conceptual overstretch. Like the term “socialist” on the right, CN sometimes means “people and ideas we are opposed to.”

Two questions that necessarily figure into academic studies of WCN are the “What” and the “Who/How. That is, “What is WCN?” and “Who embraces it and how?” In her recent book, White Evangelicals and Right-Wing Populism, Marcia Pally emphasizes the Who/How question. In particular, she asks how conservative white evangelicals came to be such fervent champions of WCN. By contrast, in our recent, The Flag and the Cross, Samuel L. Perry and I put more emphasis on the “What” question.  We focus more on the form and the contents of WCN.

Borrowing a term from fellow sociologist, Arlie Hochschild, we argue that WCN takes the form of a “deep story”, a mythological version of American history that “feels true” to many conservative white Christians, even if it is one-sided or just plain false. The story runs roughly as follows: “America was founded as a Christian nation; the Founders were evangelical Christians; the founding documents are based on Biblical principles; God has given America a special mission in the world; and He has blessed America with the power and wealth to carry it out; but the mission and the blessings are threatened by non-whites, non-Christians and the foreign born.”  Drawing on the work of American religious historians, we show that the roots of the deep story are very deep indeed. They stretch, as Pally also notes, all the way back to the late 1600s.

As to the contents, Perry and I argue that the deep story about America’s past also helps to underwrite a “political vision” for its future.  Drawing on public opinion data, we show that those who affirm core tenets of CN are very likely to hold certain political views as well.  Amongst other things, they are likely to support “free markets” and “law and order” and to oppose immigration and interracial marriage. They are also likely to support “gun rights” and oppose mask wearing.  This constellation of attitudes will hardly surprise anyone who follows contemporary American politics. If the Republican Party were ever to put forth a political platform, these would be some of its central planks.

But in what sense are they “Christian”? The deep story helps us to see the connections. Its central protagonist is almost always a conservative, native-born, white Christian man of a certain sort: jealous of his freedom, dedicated to preserving order, and ready to use violence to uphold it. We refer to this triptych of white, male freedom, racial and gender order, and righteous violence as the “holy trinity” of WCN.

Which raises another question. In what sense is WCN “white”? Here, the survey data helps to surface the connection. The statistical correlation between the deep story and the political vision only holds for white Americans. Many Black Americans also score high on our CN scale. But for them, CN means something quite different. It is the aspiration that America will live up to its values, Christian values such as justice and equality. For White Americans, by contrast, it means nostalgia for a mythical past when American life was still dominated by white Christians.

WCN has been evolving rapidly. It has changed a good deal even in the eighteen months since Perry and I submitted the final version of our book manuscript. Two interrelated changes are especially worth noting. The first concerns the “who.” For the past half century or so, the most vocal champions of WCN have been the conservative white evangelicals whom Pally discusses.  Today, however, it is Pentecostals who form the vanguard. They are more likely to oppose the separation of church and state and support declaring the US a Christian nation than evangelicals are.

The second shift concerns the “what.” The liberal Protestant version of WCN that took shape during the American Revolution was grounded in a postmillennial eschatology: the task of the churches was to build a millennial kingdom and prepare the way for the Second Coming. The evangelical version of WCN was grounded in a premillennial eschatology.  It was the Second Coming that would precede the millennial kingdom.  The Pentecostal version is premised on a dominionist eschatology which combines post- and premillennialism. In this vision, the Second Coming will be triggered by Christian domination of the major spheres of social power in the United States, the so-called “seven mountains of influence.”

These changes raise two questions. Pentecostalism is and always has been a more racially diverse movement than evangelicalism.  Will the boundaries of whiteness therefore be expanded as they have been in the past, this time to include Latinos? Or will WCN evolve into a Nativist Christian Nationalism that can encompass generational African-Americans as well?  The two outcomes are clearly at odds, at least logically.

The second question concerns American democracy. So long as white Christians were a demographic majority, WCN was at least logically compatible with democracy in the narrow sense of “majority rule,” even if that rule was sometimes observed only in the breach.  Will what little is left of American democracy survive the decline of white Christianity into minority status?   Or will it be jettisoned altogether in favor of authoritarian rule? The next two election may well provide the answer. 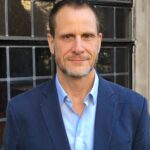 By Philip Gorski
Philip Gorski is the Frederick and Laura Goff Professor of Sociology and Religious Studies and Chair of the Sociology Department at Yale University. His work focuses on the interaction of religion and politics in modern and early modern Europe and North America. His most recent book, with Samuel L. Perry, is The Flag and the Cross: White Christian Nationalism and the Threat to American Democracy (Oxford University Press, 2022). He is currently working on an alternative to neo-Weberian theories of secularization. 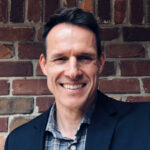 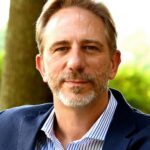 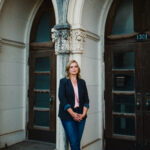 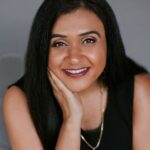