Wisdom is available to the entirety of creation, regardless of gender, class, race, or any boundary established by humanity.

Proverbs 8:1-4, 22-31
Does not wisdom call,
and does not understanding raise her voice?
2On the heights, beside the way,
at the crossroads she takes her stand;
3beside the gates in front of the town,
at the entrance of the portals she cries out:
4“To you, O people, I call,
and my cry is to all that live.

22The Lord created me at the beginning of his work,
the first of his acts of long ago.
23Ages ago I was set up,
at the first, before the beginning of the earth.
24When there were no depths I was brought forth,
when there were no springs abounding with water.
25Before the mountains had been shaped,
before the hills, I was brought forth—
26when he had not yet made earth and fields,
or the world’s first bits of soil.
27When he established the heavens, I was there,
when he drew a circle on the face of the deep,
28when he made firm the skies above,
when he established the fountains of the deep,
29when he assigned to the sea its limit,
so that the waters might not transgress his command,
when he marked out the foundations of the earth, 30then I was beside him, like a master worker;
and I was daily his delight,
rejoicing before him always,
31rejoicing in his inhabited world
and delighting in the human race.

Genesis 1:1 is not the absolute beginning of creation; it’s actually much farther along than we realize. God was busy in numerous other ways before this point, and the narrator of Genesis decided to leave that life in the dark.

As Genesis 1:2-3 states, “the earth was welter and waste and darkness over the deep and God’s breath hovering over the waters.” In other words, God quickly moved to create “earth” that, however much it was “waste,” existed in form enough to be worth mentioning. There was also a place that was termed “deep,” and there were waters, of some variety. God had already allowed God’s presence, in the form of breath, to hover over the waters, expectantly awaiting further action.

Yet, the Hebrew Bible doesn’t leave the Genesis account as the only narrative of the creation. Instead, there was an entire tradition revolving around the stories and words of Wisdom, the feminine energy and presence of God whose role it was to delight God. Wisdom also was meant to interact with the creation as both teacher and the presence of God’s joy in the creation. Wisdom gleefully ignores human boundaries and upturns human expectations of how the presence of God appears and behaves. Wisdom demands that we re-imagine everything we think we know about God, including our relationship with God.

Proverbs 8:1 opens with two declarative statements, establishing Wisdom as a force, confident in the power of her voice and in her authority to command us to listen. She is unapologetic in her assumption that we will bend our ears to her words; yet, she does not exercise power in an authoritarian fashion, lacing her words with the latent threat of punishment. Instead, her tone throughout the passage is jovial and determined.

She takes up residence at the places in the city where she is most likely to be heard by every single person, ensuring that no one can claim that her message is only intended for specific groups. She occupies the high places, the crossroads, the front gates, and the main doorways, effectively taking control of the town. She asks no one for permission to do so, yet does not use fear to cow people or to displace anyone. She simply exists in this place as if she is perfectly at home there.

She opens her mouth to speak, and the lectionary text skips over her first words in Proverbs 8:5-21. She is describing her power and role in the world, which can be summed up in verses 20-21: “I walk in the way of righteousness, along the paths of justice, endowing with wealth those who love me, and filling their treasuries.” Wisdom is stating that she both establishes the path along which true obedience to God’s will lies, and at the end of which both heavenly and earthly treasures lies. Wisdom is herself the will of God for humans.

In this, Wisdom establishes the foundational perspective of the entire sweep of Wisdom literature in the Jewish tradition: creation is perfectly designed to follow the will of God, and like a key which slides along tumblers, when it is perfectly aligned with God’s will, creation is in perfect balance.

To this point in the text, Wisdom has spoken these truths declaratively, assuming our acceptance of her authority to make such proclamations. In verses 22-31, she lays out her credentials for her authority, through a long series of statements echoing the creation narratives. In verses 22-26, she fills in the empty space of Genesis 1:1 by stating that her birth was actually the very first act of creation, the absolute beginning before the earth, deep, waters – even the soil itself – were ever created. Wisdom is thus essential in the act of creation. She is woven into its very fabric.

In verses 27-30 she follows the pattern of stating her presence at, and involvement in, the creation of each of the elements mentioned in Genesis 1:1-11: heavens, deep, earth, sky, waters, and finally, all of their boundaries. She was beside God during the creation of each of these elements, assisting “like a master worker”, as someone who is capable of literally knitting together the foundations of the earth. She completes the passage in verse 31 by stating that it was she who was God’s chief delight, and with whom God shared God’s joy with the entire creation, and delight in humanity.

If anyone can speak to how God feels about the creation, it is Wisdom, and she states plainly that God took joy and delight in every element, and desired relationship with every single aspect of creation. Wisdom calls upon us to ask these questions, and examine how her witness demands our re-examination of the answers we have traditionally assumed, and the theologies we have built as a result:

Who is allowed to speak with God, to depend on God’s presence wherever they are and whenever they need, to feel God’s love and compassion envelop them and give them peace?

Whose face do we see when we envision God, and who do we allow to see themselves as being made in the image of God?

Who do we allow to serve as God’s voice and messenger to the world?

Inextricably tied to these questions is the inevitable question of power: who gets to claim the authority to decide the answers to these questions. Traditionally, we’ve allowed certain groups to claim that authority, groups which have conveniently aligned with those who already possessed power in society. The assumptions upon which these groups based these claims were actually present within the biblical text – that God was male, that access to God in certain ritual functions was limited based on family status, and that men were granted the capacity to study the text and thus the authority to interpret its meaning.

Their power was seen as divinely-granted, and was bolstered by an interpretive focus on the texts which emphasize this perspective. When the imagery used to describe the actions of God reflects the assumed cultural frameworks of male gender, it simply makes sense that men will claim authority, based on the assumption that God is their gender. As God created all things, and as God is gendered, gender divisions are built into the fabric of the creation, absolutely immutable.

Wisdom does something radical here, therefore, by claiming the authority to speak for God as one who was present at, and active in, the creation of the building blocks from which creation was constructed.

Wisdom is sweeping away all human assumptions about the nature of God, of the creation, and power, declaring that these questions are not only completely immaterial, but based upon a fundamentally false premise. Wisdom is rejecting the claim that humans have any say whatsoever in the workings of God’s relationship to God’s creation, upsetting and undermining all human claims to authority. Instead, she is declaring a new framework of authority and power built upon following the path of Wisdom.

Wisdom commands attention from everyone, and places herself in vantage points where she will be visible to every single person. Wisdom is neither hidden, nor allows anyone to hide her, and calls out to all people to hear her message: the word of God from the only one, besides God, with the actual authority to claim to know the will of God. As Wisdom is visible from everywhere in the human city, and speaks to “all who live,” the path of Wisdom is thus available to the entirety of creation, regardless of gender, class, race, or any boundary established by humanity.

Implicit within this framework is a dual rejection of special status: 1) the special status of specific scholars with the authority to interpret the meaning of the text and 2) of “mystery cults” where the knowledge of God is only accessible to people at certain levels of access.

Instead, Wisdom demonstrates the absolute universality of her path through the equivalent of seizing control of every form of media. She carpets the human city with her message, rendering it impossible for any human to avoid hearing her. She is not only inviting the oppressed, the marginalized, and those who have been held captive by other’s management of their access to God’s love and word to throw off their shackles; she is dissolving those shackles by simultaneously dismissing the old order as mere puffs of air and establishing a new order built upon the irrevocable authority of the one who was God’s only fellow worker from the beginning of the world.

In this framework, all are expected to follow the path of Wisdom equally, not only for their own individual good, but as the path is woven into the very fabric of creation and is thus the only way to achieve the will of God for a harmonious balance of creation. The God who wills this for creation is a God truly deserving of all honor, praise, and devotion. 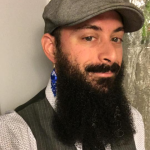