In embarrassing and politically illuminating fashion, various cities across the United States are promising to fix a litany of chronic civic problems that plague their respective cities—from public transportation to affordable housing to public education—in an attempt to land Amazon’s second headquarters.

In some circles this news might be welcomed as a step in the right direction for cities and their publics.  Finally, tone-deaf municipalities, after decades of austerity cuts and crumbling infrastructure, are finding proper inspiration to fix those troublesome issues that have affected their populations for decades.  Perhaps, for the citizens of urban environments such as Chicago, Denver, Austin, Pittsburgh, and Dallas, among others, it is a godsend that powerful companies like Amazon dangle the sort of carrot that inspire cities to make good on their promises to provide various public services.

Unfortunately, this is not only a rose-colored interpretation of matters but a failure to catch sight of the transformations that are occurring to sovereignty, citizenry, and political economy in today’s neoliberal digital ecology.  On the face of things, the courtship of Amazon is representative of the ruthless and downright Darwinian relationship that exists between local metropolitan officials and the economic giants of the time.

This combative and competitive relationship is nothing new, of course, as cities and powerful multinational corporations have long negotiated what sort of mutually beneficial fruit might be borne of such associations. What is somewhat new, however, at least since the economic meltdown of 2008 and 2009, is the sway that these corporations hold over the cities themselves and how the latter are failing to benefit from the former’s presence.

Like those waiting for the crumbs to fall from the table, local mayors and governors throw around enormous subsidies and incentives that might seduce multinational corporations into relocation. As the common thinking goes, these incentives would, down the road, create jobs, increase the city’s population, and thus act as a much-need windfall to the city’s tax structures, which are emaciated and starved for predictable flows of income.

Yet, as the New York Times reported back in 2012 in connection with the often incestuous relationship between General Motors and various Michigan townships, corporate incentives are not only often statistically impossible for local governments to track (according to the report, incentives vary and are granted by “thousands of government agencies and officials” who “do not know the value of all their awards”), they are also laden with analytic, and ultimately economic, unpredictability (for example, how might a city truly know whether the incentives offered were “worth it” if they cannot adequately account for job creation with or without the aid itself?).

Even moreso, city officials are often working to bring about dynamic economic changes within the cracked window of short-term election cycles.  The argument could be made that they are thus incentivized to make hasty policy decisions that may not necessarily bring long-lasting changes and may, in many cases, enervate the political sphere that they are elected to serve. And so, as local municipalities face increasing deficits and are, as a result, slashing public benefits, the burden of insolvency falls upon the shoulders of local tax payers, who are (literally) indebted to the political and economic decisions made by overwrought city officials of election cycles past.

However, with digital firms like Amazon, the relationship between urban municipalities and their corporate overlords takes a strange turn. As Frank Pasquale, Professor of Law at the University of Maryland, recently argued, the case of Amazon’s market dominance demonstrates something more than a brute economic fact: in today’s neoliberal political economy, multinational corporations like Amazon are market makers: companies that not only hold market sway but demonstrate that they are increasingly more suitable (and preferable) at dealing with various functional issues within a political sphere than the local municipalities that host them.

This is to see Amazon, for instance, as something more than just a business that has successfully navigated the perilous waters of the post-‘dot-com’ market.  It is, on the contrary, to see them as increasingly exhaustive digital platform that successfully synchronizes heterogeneous modalities of today’s digital ecology.

According to Pasquale, Amazon “combines tens of millions of customers with a ‘marketing platform, a delivery and logistics network, a payment service, a credit lender, an auction house…a hardware manufacturer, and a leading host of cloud server space.” In other words, Amazon is not simply an option among many in the free market, nor is it a company that offers “the best service”.

It is instead a synchronized and networked platform that mediates public interconnectivity through private means. And while market interconnectivity is nothing new in the relatively novel context of globalized markets, it is new to see how Amazon is able, to an increasing extent, to extend the power of standardization past mere market conditions and into the sphere of the political.

As Thomas Hylland Eriksen argues in his book, Globalization: The Key Concepts, the power of standardization is afforded to those who possesses the most market interconnectivity. Network standardization refers to “the imposition of shared standards, which render events and objects comparable and conversion and translation possible” (73).

For example, take the case of the Danish shipping giant, A.P. Møller-Maersk, and their invention of a globally standardized shipping container. Creating a uniform shipping container not only facilitated a more evenly distributed shipping process over existing transport networks, it also imposed the demand for industry-wide standardization due to Maersk’s ability to ship more at a lower cost. “Containerization” in nautical shipping became a phenomenon that extended throughout the globe: shipping yards across the world were suddenly forced to either conform to Maersk’s container measurements or risk fatal economic consequences for their lack of compatibility.

Amazon takes the power of this alliance network to another stage – to the political. As one of the digital ecology’s most powerful interconnected mediators, Amazon is finding room to coordinate even the mundane political aspects of the consumer’s life. Pasquale argues that, “as consumer rights shrivel, it’s rational for buyers to turn to Amazon (rather than overwhelmed small claims courts) to press their case.

The evisceration of class actions, the rise of arbitration, boilerplate contracts—all these make the judicial system an increasingly vestigial organ in consumer disputes. Individuals rationally turn to online giants for powers to impose order that libertarian legal doctrine stripped from the state. And in so doing, they reinforce the very dynamics that led to the state’s etiolation in the first place” (Pasquale, italics mine).  In other words, this is to catch sight of the relocation of sovereignty in the neoliberal epoch from territorially bound political hierarchies to deterritorialized digital corporations that synchronize today’s digital political economy (while eviscerating various obligations of local governance in the meantime).

As the early modern jurist Jean Bodin argued in his Six Books of the Commonwealth, there must be a single point at which sovereign authority culminated in all things juristic, political, and economic so that humanity did not persistently crumble into its competitive “state of nature”. The sovereign was the one who exhibited certain marks or attributes that fought against this fragmentation: supremacy, absolutism, indivisibility, and perpetuity.

In today’s neoliberal market, those sovereign attributes—and the political consequences that resulted from them—are aligned increasingly with powerful digital corporations such as Amazon. In Pasquale’s words, Amazon and the municipalities currently pining over its second headquarters are embodying “e-commerce feudalism” or a political economy that aligns the marks of sovereignty with those corporations that can increasingly align and mediate all issues through homogeneous, privatized, and commodified avenues designed to suit the consumer’s every whim.

And whereas sovereignty in the modern epoch concerned itself with producing citizens that are subject to its rule and democratic processes that attempted to hold authoritarianism and totalitarianism at bay, the “functional sovereignty” of our digital mediators is an increasing awareness that we citizens are becoming increasingly subject to the synchronization, standardization, and fluidity of corporate control at the same time as we experience the structural evisceration of local governance. Citizenship is becoming consumership; the demos is being undermined by the digital.

The future seems bleak, for whereas sovereignty used to secure citizenry and political unity for and by the people, these days it seems increasingly destined to guarantee what we really desire – Prime delivery for all.

Jeff Appel is an editor and contributor for The Other Journal.  He is also a PhD candidate in the Joint Doctoral Program of the University of Denver and Iliff School of Theology. 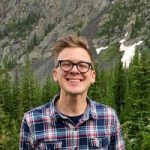