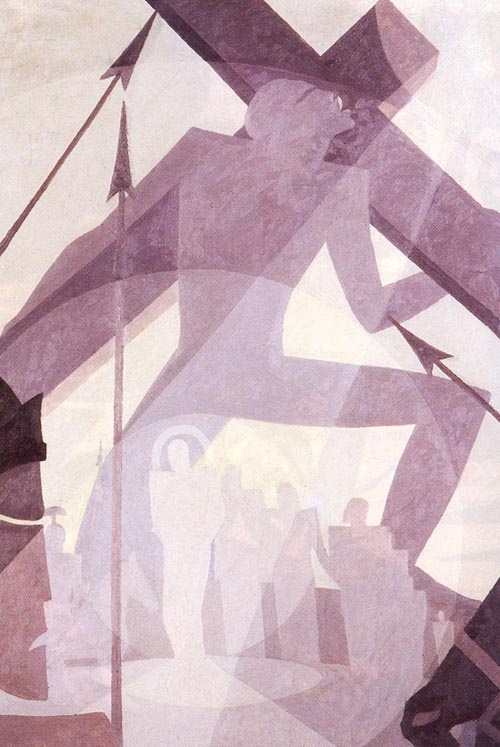 The Notre Dame Institute for Advanced Study hosted a conference at the beginning of this month on Theology and Black Politics.  Organized by Vincent Lloyd, a professor at Syracuse University and a Fellow at the Institute, the conference brought together a host of eminent scholars specializing in African American Religion, such as Angela Dillard, Eddie Glaude Jr., and J. Kameron Carter.

Opening with the question: “What is the Black Church?”, the conference addressed fundamental concerns regarding the nature of black politics and theology. Central to these concerns was the convoluted notion of the black church, which, as argued by Glaude and Dillard, is an analytical category that picks out an amalgamation of religious thought and practice conceived in 7-8 historical denominations of Afro-Protestantism. While teasing out the precise nature of this category, the panel emphasized the imaginative agency afforded by the church– primarily as a site of negotiation with oppressive racial regimes. The theological triangulation, that transcends upward in order to move forward, according to Glaude, is a prophetic calling against the “idolatry of white Christianity.”  It escapes, what Carter called, “the capture, the freezing and the fugitive status” assigned to blacks by mainstream Protestant theology.  However, Lloyd added that these theological interventions were embodied through practical knowledge and skills of leadership and organization scarcely available to working class blacks in dominant society.  Dillard, however, cautions against depicting the black church as merely a site of socio-political resistance.  Citing the work of Barbara Savage, she highlighted the distinction between black theology and black liberation theology. She observes that the church’s activism of the 60’s was an exception to the church’s historic self-mandate for “the everyday caring of souls.”

While very compelling interventions were made at the conference regarding the trajectory/ies of the black church, the role of the latter was portrayed as dominating other social formations patterning black social life. For example, the manner in which the panelists approached the black church presumed that, as an institution, the black church was a super-organic entity, to use Durkheim’s terminology. However, such a presumption, in our opinion, depreciates the significance of other sites of bonding such as familial formations, gender norms, inter alia, and how they in turn influenced black political life. The black church, positioned in relation to other domains of black social life, such as the family, political collectives, and ideas about gender gets reconfigured in ways beneficial or disastrous for blacks themselves.  Interrogating the black church through the optic of queer of colour theory unpacks how the black church was complicit in consolidating conditions of heteronormativity. These conditions “forced” non-normative bodies into the margins of social existence. The presence of practices of exclusion in the black church sheds light on the unlikely alliances between it and mainstream white ecclesial formations. These “strange affinities” might help  in redefining the contours of the black church’s location historically, since it also cemented the conditions of heteronormativity and heteronormativity itself. Against this backdrop, like the white church, the black church might also fall into idolatry.

The issue of immigration and the presence of immigrant communities in the United States also came up as factors that might compel changes in the idea and practices associated with the Black Church. Of course, while most of the panelists agreed with the idea that the presence of black immigrants may have shifted the meaning of the black church, Vincent Lloyd was quick to point out that the black church as being discussed derives from a particular historical moment and context, and was in response to particular historical structures. Lloyd’s suggestion is of crucial importance and is well taken. However, his submission might be close to what Roderick Ferguson, echoing Brent Edwards, has described as an “African American vanguardism” against the inflow of black immigrants from Africa and the Caribbean. In rehistoricizing African American social formations, Ferguson argues that, “inasmuch as the canonical story of African American history marginalizes the histories of international migration, that plotline risks unwittingly deploying the hegemonies of comparative ideologies by canonizing a plotline that would pertain to some but not all” (123). Following from this argument, what happens to the Black Church if the inflow of black Christian immigrants, from parts of the world undergoing aggressive transformations, is accounted within its framework? Questions such as this might go a long way towards helping complicate the very idea and perhaps practice of black political theology itself.

Of particular concern amongst participants was the post-racial prosperity gospel espoused by a growing number of black megachurches.  These tendencies veer the church away from its prophetic calling.  They fail to problematize neo-liberalism as a colonial reconfiguration in which liberal promises re-enchant racism through new forms of “Obama tokenism” and selective class mobility.  Glaude, citing C. Wright Mills, provocatively referred to the silent black intelligentsia which openly benefits from colonial liberal privilege as the “New Patriots.”  If, as Carter described it, black political theology is to remain a thorn in the side of  “western civilization,” then it would be consistent to engage non-Christian, global theological movements, such as Islam and critical forms of orthodox revival.  These third-world concerns dovetail with the black church’s mission to un-tie western hegemonic forms.  Such opportunities were largely overlooked by the conference.  Passing comments by Glaude on American drone campaigns had only a fleeting presence in the larger discussion.  In fact, the influx of model minorities, immigrants and the rise of African/Korean Christianity makes it impossible to ignore the ways in which racism/colonialism play out in a global theater.

These critical lacerations on the body of the church call for its resurrection rather than death.  Such a resurrection depends on black political theology’s ability to look beyond its New World provincialization towards a more global outlook.

Kwame Edwin Otu is a doctoral student in the Department of Anthropology at Syracuse University.

M. Owais Khan is a doctoral student in the Department of Religion at Syracuse University.

One thought on “Black Political Theology: Resurrection Rather Than Death”