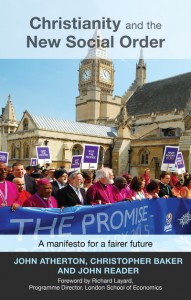 In 1941 at the height of the Second World War, the then Archbishop of Canterbury, William Temple, published “Christianity and Social Order”, a book which combined with the Beveridge Report proved influential in shaping the United Kingdom’s welfare state once the war was over. Three of us working for the William Temple Foundation, a faith-based research unit now based at the University of Chester, have produced our own contemporary equivalent, taking into account the significant change of context in the intervening period. When we began writing this back in 2009 it was clear that the major Western economies were facing important questions about the future. The impact of the credit crunch which had begun in earnest in the UK the year before was beginning to dominate public debate and we felt that we had a distinctive contribution to make. Hence the subtitle of the book “Manifesto for a fairer future”. We also felt that we were carrying on an undervalued tradition in Christian social thought and social ethics, that of a Christian Realism, which has received less attention of late, certainly in the UK, thanks to the rise of Radical Orthodoxy and its non-realist approach. Characteristics of a realist approach are a willingness to engage with and learn from non-theological disciplines, therefore a stance based on an appropriate humility in the face of the complexities of economic and political life, and a concern to attend to empirical evidence. So we designed the book as a contribution to the wider debate, but one that would aim to make connections with other disciplines such as economics itself, as well as political philosophy, psychology and sociology.

At the time of publication nearly two years later, in September 2011, the issues have become more urgent and the debates more intense. Only today (October 30th), the International Labour Organisation is warning of a global recession and the possible social unrest that this will engender. The attempts to “solve” the Eurozone crisis stumble on amidst political differences, and even when agreements are reached it is difficult to see how they can be anything other than short-term fixes which fail to address the underlying problems. The latest masterplan appears to be to appeal to China to bail out or provide some of its savings to support the Euro, so one could argue that what we are about to see is a global shift of power of unprecedented proportions, the implications of which will play themselves out over the coming decades. In the meantime social unrest grows, and the Occupy Wall Street protest has now spread across the USA and into the UK, knocking on the door of St Paul’s Cathedral in London where a stand-off has evolved between protestors and the cathedral authorities. Where should Christians stand on this debate? How are they to be involved in a wider public discussion? Can Christian groups become a focus for the deeper feelings of those who would criticise the banking sector who are largely held responsible for the crisis? Are they on the side of the UK establishment in reality, tied to the purse strings of the City just as much as the politicians are?

So the questions we set out to address in 2009 are even more important now than they were then. What we offer in this book is firstly an analysis of the changed context from Temple’s time. This is a postsecular society now, one where religion is both marginalized as the province of the odd or misguided, but also courted by politicians as a source of social capital and social cohesion. The boundaries are blurred and we need a new language which aids in the expression of an ethical stance in the light of these complexities. Then there is a substantial discussion of the concept of wellbeing, seen as the link between faith and current concerns with happiness. Human wellbeing and aspirations have been shown by secular empirical research to benefit from a faith dimension, and yet current orthodoxies in both economics and politics prefer to keep such considerations to the margins and focus instead on an apparently mechanistic and narrow understanding of how decisions are to be made and policies shaped. We also offer an analysis of approaches to welfare as they developed since Temple’s time and offer some suggestions as to how Christian understandings might bring a different perspective to the discussion about current reforms. In the final section of the book there are 7 guidelines for future action, mirroring Temple’s own from the original book but significantly up-dating them. These are:

What we believe is now required is a public theology which can speak with both humility and credibility into the public square, not only engaging the wealthy and powerful, but also helping those at the sharp end of the global crisis to articulate their feelings and the search for genuine alternatives by creating a space where the unthinkable can be expressed. But this can ever only be one contribution, hopefully presented in such as way that others will encouraged to think more deeply and to act more justly.

Christianity and the New Social Order: Manifesto for a Fairer Future, John Atherton, Chris Baker and John Reader, Published by SPCK (London), 2011 was given its London launch at the House of Lords on Monday 17th October 2011. 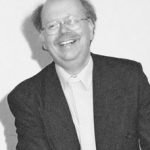