How do we repent in a manner that is concrete and substantive but does not risk re-hurting those whom we have wronged? James’s notion of confession together in community offers one possibility.

13 Are any among you suffering? They should pray. Are any cheerful? They should sing songs of praise. 14 Are any among you sick? They should call for the elders of the church and have them pray over them, anointing them with oil in the name of the Lord. 15 The prayer of faith will save the sick, and the Lord will raise them up; and anyone who has committed sins will be forgiven. 16 Therefore confess your sins to one another, and pray for one another, so that you may be healed. The prayer of the righteous is powerful and effective. 17 Elijah was a human being like us, and he prayed fervently that it might not rain, and for three years and six months it did not rain on the earth. 18 Then he prayed again, and the heaven gave rain and the earth yielded its harvest. 19 My brothers and sisters, if anyone among you wanders from the truth and is brought back by another, 20 you should know that whoever brings back a sinner from wandering will save the sinner’s soul from death and will cover a multitude of sins.

Observant Jews like me love the Epistle of James. We love it for precisely the reason that Luther famously hated it: in contrast to Paul, James presents a vision of religion in which genuine faith is constituted by action. The first time I read Galatians, I was captivated by Paul’s rhetoric and exegesis, yet I wondered: Doesn’t this emphasis on faith alone run the risk of abdicating any concrete responsibility? It was incredible when I discovered that James, within the New Testament itself, was asking Paul my same question: “What good is it, my brothers and sisters, if you say you have faith but do not have works? Can faith save you? If a brother or sister is naked and lacks daily food, and one of you says to them, ‘Go in peace; keep warm and eat your fill,’ and yet you do not supply their bodily needs, what is the good of that?” (James 2:14–16).

Given my soft spot for James, I was surprised by how unsatisfying—even problematic—I initially found this week’s lectionary selection. Instead of the radical, action-oriented faith that I have come to expect, James here seems to offer a rather conventional, tepid piety. “The prayer of the righteous is powerful and effective,” he says (James 5:16). I don’t begrudge beliefs in ritual or liturgical efficacy, especially from ancient authors. However, it’s a little difficult to stomach in this particular moment, in the year 2021, when choosing prayer over action has proven profoundly inefficacious against the ravages of pandemic, climate catastrophe, and other challenges. “Thoughts and prayers” is supposed to be the vapid platitude in which gun control obstructionists traffic to avoid action and accountability. What is James doing with it?

Alongside prayer, James mentions confession. “Therefore confess your sins to one another, and pray for one another,” he says, “so that you may be healed” (James 5:16). Readers inclined toward cynicism about the prospect of efficacious prayer might well be unsurprised by this association with confession. How many people nowadays address their wrongdoing not through concrete change but simply by “confessing” through prayer? How many people fancy themselves forgiven through this process—and then continue right along in their problematic behavior, knowing that there will always be another opportunity for confession? Trying to avoid sin through confession rather than through action can start to look a lot like trying to avoid Covid-19 by praying rather than by getting vaccinated.

As a Jew, confession is on my mind right now. Although James is, of course, not part of my own lectionary, this reading happens to fall in the general vicinity of Yom Kippur, the awe-inspiring day of confession, forgiveness, and—if all goes well—atonement. The ancient rabbis, rough contemporaries of the author of James, were well aware that confessional prayer for forgiveness can open the door for cheap grace. “Yom Kippur atones for a person’s transgressions against God,” they explained in the Mishnah. “It does not atone for a person’s transgressions against another person—until the former seeks reconciliation directly with the latter” (m. Yoma 8:9). The rabbis understood that the practice of Yom Kippur might lead some Jews to think that they could get off the hook for wronging their peers by spending a day in synagogue beating their chests (literally!). The Mishnah clarifies that prayer is not efficacious when it comes to interpersonal forgiveness. This must be sought through concrete, face-to-face action. Only then does the day atone.

The notion of directly seeking forgiveness is ethically powerful. However, it invites a problem of its own. I encountered this problem personally when, many years ago, someone called me before Yom Kippur to apologize and to seek forgiveness for emotionally hurting me. The conversation was brutal. I wasn’t psychologically ready to have a direct discussion with this person, and hearing from them in this context erased much of the progress that I had made in recovering from the pain. I understood the sound religious basis for their phone call but was unable to utter the words “I forgive you” in a genuine way—or in a way that felt productive or healing. They had fulfilled the rabbinic obligation to “seek reconciliation” from me, but I myself left that process feeling worse than I had before it.

We can imagine other versions of this problem. The hurt might be too far in the past, and seeking reconciliation will simply open long-healed wounds. Or the hurt might be too widely and anonymously distributed, the result of a large-scale decision, and an apology will feel patronizing. All of these cases point up the troubling flipside of the rabbis’ emphasis on face-to-face reconciliation: it risks subordinating the wronged person’s psychological well-being to the transgressor’s need for atonement. This is true, by the way, even if the transgressor is seeking forgiveness in good faith. In recent years, the philosophical and theological study of forgiveness and reconciliation has grappled with these sorts of ethical complications. Without wading into that entire scholarly discussion here, I’ll simply say that, in my opinion, if someone genuinely believes that asking for forgiveness might be more painful to the other party than silence, they should choose silence.

However, there’s a problem with silence, too: one of the most powerful theological ideas of Yom Kippur is that everyone who sins—and we all do sin—is entitled to seek atonement. If the only path to atonement for interpersonal wrongs is through pursuing reconciliation, and if pursuing reconciliation is liable to wrong the wronged party all over again, then doesn’t this effectively foreclose the possibility of atonement to a transgressor who is thoughtful enough to consider how the person they wronged might react to hearing from them? How might people seek atonement without directly engaging the person they’ve hurt—and without thereby cheapening it into a matter of simply muttering a few words and beating one’s chest?

Faced with this dilemma, it’s worth returning to James. There is certainly good reason to worry that confessing privately to God might be just as ethically evasive as some theories of efficacious prayer. However, James doesn’t actually present confession this way. “Therefore confess your sins to one another, and pray for one another, so that you may be healed.” For James, confession isn’t something we do in pious solitude. Instead, it’s something we do in conversation with others. Crucially, though, James does not specify that these “others” are the ones whom we’ve personally wronged. All we’re told is that these “others” are fellow members of an association of worship—peers who are also coming to terms with their own mistakes. Confession, in other words, is fundamentally communal, but it doesn’t necessarily involve face-to-face reconciliation.

The rabbinic approach to repentance is compelling because it’s clear how face-to-face reconciliation may drive concrete healing and change. James makes the same case for his broader, communal approach to confession. Despite all his talk about the mysterious, divine power of prayer, he locates the power of confession elsewhere: “My brothers and sisters, if anyone among you wanders from the truth and is brought back by another, you should know that whoever brings back a sinner from wandering will save the sinner’s soul from death and will cover a multitude of sins” (James 5:19–20). The language of “bringing back” (Greek epistrephō) is clearly rooted in the ancient Jewish notion of repentance (Hebrew teshuvah, from shuv, literally, “turn back”). According to James, communal confession effects repentance—a concrete “turning back” to better behavior—not because of a divine force but because it brings other people into the process. Made aware of their peer’s transgressions, members of the community can step in and help them change course.

James’s notion of communal confession offers a model for meaningful, substantive repentance when it’s impossible or irresponsible to seek reconciliation directly with the wronged. When you confess to someone else, you avoid the risk of causing further pain—without avoiding the accountability that comes with face-to-face acknowledgment. In essence, the other person steps in as a proxy for the wronged. Although they cannot offer the wronged person’s forgiveness, they can be a motor for the transgressor’s repentance; they can be the external voice and presence that pushes the transgressor to do better—to change their behavior in concrete ways that accord with the confession. The entire process of repentance isn’t brought to a standstill by the inability to reconcile with the wronged.

Lest I appear to be drawing too stark a contrast between James and the rabbis, it’s worth noting that the Yom Kippur liturgy facilitates something very much like James’s community of confession. The public confessional poem that Jews recite together, an alphabetic acrostic, is couched in the first-person plural: “We are guilty; we have betrayed; etc.” Strikingly, even the private confessional litany, recited silently as part of the Amidah prayer, is phrased this way: “For the sin that we have sinned before you,” it repeats dozens of times. While this liturgical process doesn’t directly facilitate interpersonal confession, it may justifiably be read as strongly encouraging it. The plural language underscores that sin isn’t a burden that one must bear alone—that everyone around you is implicated in it in one way or another, and can be a human resource in helping you do better. 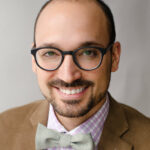