Language and meaning originate not from a fullness trying to communicate itself but from a lack that strives after enjoyment.

Rather than something to be grasped by thinking subjects, meaning for Augustine is sought, most of the time tentatively, by speaking subjects in a process triggered and sustained by desire. The epistemology underpinning this stance is one of the main topics of the De Trinitate, but it is fascinating to see it at work in some very interesting passages of Confessions and of De Doctrina Christiana which are the focus of this short essay.

The opening pages of Augustine’s Confessions deal with the occurrence of first words in the life of children and its implications for language:

“When people gave a name to an object and when, following the sound, they moved their body towards that object, I would see and retain the fact that that object received from them this sound which they pronounced when they intended to draw attention to it. Moreover their intention was evident from the gestures which are, as it were, the natural vocabulary of all races, and are made with the face and the inclination of the eyes and the movements of other parts of the body, and by the tone of voice which indicates whether the mind’s inward sentiments are to seek and possess or to reject and avoid. Accordingly, I gradually gathered the meaning of words, occurring in their places in different sentences and frequently heard; and already I learnt to articulate my wishes by training my mouth to use these signs. In this way I communicated the signs of my wishes to those around me” (7-11).

Wittgenstein famously takes issue with this description of language by Augustine for implying that “every word has a meaning” (5 ) or “signifies something” (10) and for describing “the learning of human language as if the child came into a foreign country and did not understand the language spoken there; that is, as if he already had a language, only not this one. Or again, as if the child could already think, only not yet speak. And ‘think’ here means something like ‘talk to oneself’” (19). In Wittgenstein’s rendering, Augustine’s acts of speaking and signifying rely on an innate mastery of language and consist in “attaching a name tag to a thing” (10).

A closer examination of the context of the beginning of the Confessions in parallel with some passages of the De Doctrina Christiana point to an altogether different interpretation, namely that our dealings with the world through language and our search for meaning do not originate from mastery, but from a lack, a restlessness that strives after enjoyment and union.

The rules for the interpretation of scripture that Augustine advocates in the De Doctrina Christiana depend on shared practices.  In a revealing passage on the correlation between rhetoric and language, he describes the acquiring of the rules of eloquence and of grammar as an existential process. Eloquence is less a skill we develop through rhetorical techniques than a way of existing and of relating to other people. It grows in and with us as part of what it means to be present to our environment and to move within it: “They observe the rules because they are eloquent; they do not use them to become eloquent” (103).1

Interestingly, in the De Doctrina Christiana this process is likened to the occurrence of the first words in the life of children:

“Infants acquire speech purely by assimilating the words and phrases of those who speak to them; so why should the eloquent not be able to acquire their eloquence not through traditional techniques but by reading and listening to the speeches of the eloquent and by imitating them within the limits of their ability [rather than having to study them]?” Augustine, Doc. 4.5 (103).13

It can be said that in the De Doctrina Christiana Augustine agrees with Merleau-Ponty’s conviction that eloquence, language, and the way we learn how to signify things, “are not first of all grasped by thinking subjects. They are practiced by speaking subjects” (36).

The same approach to language can be detected in the form of eloquence that permeates the Confessions, namely praise (which incidentally is one of the meanings of the Latin word confessio).

Praise is the most suitable way to speak of or, rather, to God because his condescendence allows us to rejoice in it. Its meaning cannot have a purely mental existence, but it is bodily and responsive. Praise is meaningful only as it is performed. It embodies meaning not by trying to encompass it, but by acknowledging our inability to ever exhaust it and by rejoicing in this helplessness. Praise feeds on its failure to match God’s greatness. Crucially, what matters to praise is the expression of a desire, one might say the assuaging of it. Its starting point is a will and even more fundamentally a restlessness, a need, a lack. Praise is an act of searching, which does not repose on a previous knowledge but needs to be elicited and sustained by a continual call.

The opening pages of the Confessions are so compelling because instead of vainly trying to explain this paradoxical and paradigmatic nature of praise, they stage it. They do not present an argument but, to paraphrase Longenbach’s  description of Shakespeare’s speeches, they “feel like dramatizations of the mind in motion” (126). In these pages, Augustine seems as surprised by his own thoughts as are his readers and yields to a delight that “depends not on mastery but on submission: … something happen[s] because [he has] trusted an utterance [he] cannot yet fully comprehend” (131).

This paradigmatic role of praise sheds a light on the description of the way language emerges in the life of a child. Arguably, some of Augustine’s expressions might lead us to assume that he perceives language as the mere external manifestation of something already independently formed in the child’s mind or heart, as the “endeavour to express the intentions of [the] heart to persuade people to bow to [the] will (indicantes affectiones animi in petendis)” (10). However, the distinctiveness of the praise which this passage is meant to proclaim may suggest an alternative interpretation:

“Little by little, I began to be aware where I was and wanted to manifest my wishes (voluntates) to those who could fulfil them as I could not. For my wishes were internal; adults were external to me and had no means of entering into my soul. So I threw my limbs about and uttered sounds, signs resembling my wishes (voluntatibus), the small number of signs of which I was capable but such signs as lay in my power to use: for there was no real resemblance” (7).

Remarkably, in this passage, language is prompted by something portrayed not as a pre- conceived intellectual content but as voluntates, that is something akin to the same desire, restlessness, need, lack that drive praise and sustain the tentative search for a fitting way to speak of or, rather, to God. Far from resting on a mastery, on a skill, or on a meaning already possessed by the mind that only needs to be externalized, language is born from lack, from desire, from a hunger that ignores what it is looking for and has no choice but to throw itself into the world for its satisfaction.

The word “lack” is better suited to label this prompting than “desire.” It is an instinct that sets us in motion, similar to the greed that takes the stage few pages later in the characterisation of the child who covetously opens his mouth to suck milk, gasps to eat food, and eyes jealously any competitor to the maternal breast. We do not need to arbitrate the contentious question concerning the dependence of this craving on innate sinfulness. It is just important to notice that lack has an impact on Augustine’s views on the nature of language and on the search for meaning, which indeed he occasionally equates to hunger and to eating. This lack points to the inherent instability and unruliness involved in each of our acts of language and speech and especially to their tendency to easily fall prey of power mechanisms –  something Augustine explains when he talks about the temptation (the craving) of the orator to draw people to himself and to build a community around himself rather than around God (Augustine, Doc. 1.22f,36). This explains the hypocrisy of those orators who claim not to have any need to learn how to interpret Scripture and yet feel entitled to interpret Scripture for other people. (Augustine, Doc. Preface, 8).

Lack also explains the wishfulness of any however cleverly devised set of rules to describe the way in which meaning emerges or, worse, to bring meaning under control (Augustine, Doc. 3.42-43).

The point of these observations is that for Augustine our dealings with the world through language and our search for meaning do not originate from a fullness trying to communicate itself, but from a lack, a restlessness that strives after enjoyment and union. This explains Augustine’s relentless focus on the pre-conceptual roots of knowledge (especially in the De Trinitate); the unifying epistemological role he attributes to an open-ended longing which is increasingly refined through acquaintance with its object(s); the close attention he devotes to the description of the evolution of this longing from instinct into creative desire. 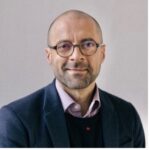 Luigi Gioia (D.Phil at Oxford University (Christ Church)) is a freelance writer and speaker in theology and spirituality. Luigi has been actively involved in a variety of Catholic contexts in many European countries (France, UK, Italy, Germany, Hungary and Switzerland) in academic, pastoral, and administrative roles. Moreover, he has given many academic talks and preached retreats in Korea, China, Russia, Philippines, Ghana, Australia, Canada and USA. His last book is St Benedict’s Wisdom. Monastic Spirituality and the Life of the Church.

On the Catholicity of Desire 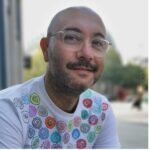 “My secret is God, I’m God’s secret” [1]: desire, the closet, and queer ministry

In Spain, a man contests the sexual politics of the Catholic Church by opening the first LGBTQ+ faith refuge. 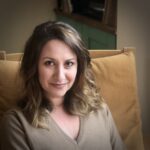 Reflections on a Catholic ‘gender paradox’: When womens’ desire for priests drives the Church’s ‘passionate machine’ 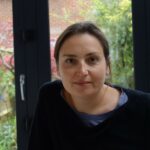 Polish Catholics protest against the Church’s conservative approach to sexuality. Liberal traditions have been successfully silenced since John Paul II, so now they create their own theologies of desire. Will the Church listen? 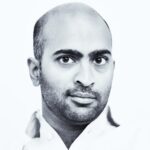 Responding to the Desiring God

Contemplating a radical response to contemporary politics of (sexual) desire 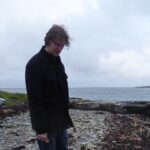 Contemplative Prayer, Desire, and the Problem of Other People

In its embrace of solitude, contemplative prayer opens up a space of tension around the social and embodied qualities of desire.

Desire and Meaning in Augustine

Language and meaning originate not from a fullness trying to communicate itself but from a lack that strives after enjoyment.