What anthropology is implied in the name Catholic University?  It is certainly not the homo economicus utility maximizer whom Gerald Beyer decries in Just Universities: Catholic Social Teaching Confronts Corporatized Higher Education (Fordham University Press, 2021). But is homo economicus getting an endorsement from the way in which universities recruit students and choose to fund certain departments and not others, not to mention funding more and more administrators in proportion to faculty, and funding high coaching salaries. The title of this essay, “Forming Humans and Supporting the Humanities at the Just University” is probably over ambitious and the attempt to discuss the place of the humanities in what is widely called the neoliberal university in a short essay risk falling into a series of generalizations and value judgements which are insufficiently defended. But we can at least raise a few questions.

In this essay, I am not discussing University budgets, adjunct pay, downsizing or elimination of religion departments, the use of endowment funds, or the issue of faculty governance. I am also not discussing the outside audits of university finances which some faculties, like those at Marquette have paid for, in order to refute statements by university administrators that they must make certain cuts. I am not discussing the huge student debt which today’s students often put on their backs to try to get ahead. These major topics will have to wait for another occasion. What I am focusing on is the kind of students we produce and what life goals and careers we would like them to aspire to.

There is no one agreed upon definition of what an American university is or should be. At a certain point in history, many institutions with a couple of master’s programs started to all themselves universities. This coincided with changes since the nineteen seventies where a much larger percentage of students went on to college, something that coincides in a complicated way with the decline of good factory jobs and the rise of many low paid service industry jobs in the U.S and the widespread disappearance of unions.

Universities eventually become very expensive, and students were expected to take on a large amount of debt to finance their degrees. The degree more and more takes on the quality of being just another commodity and instead of earning a degree there is more and more the sense that you simply purchase it and then market yourself as the owner of this or that more prestigious or less prestigious credential. There would be various ideas about what a degree from certain online universities are worth, for example, but they sell a lot of them, and some are occasionally investigated by the Federal Government around enrollment practices.

Today there are some doubts about whether college degrees can guarantee the level of increased income that they once did but for many they are a necessary starting point. There is a class structure and a certain level of prejudice against manual labor and university can mean a chance to move out of the working class for those who seek this.  Most will be aware that a whole literature about the neoliberal university exists, books like the The University in Ruins by Bill Reading or the more recent Henry Giroux book Neoliberalism’s War on Higher Education and many others and Gerald Beyer’s book adds a Catholic theological angle to those in asking whether Catholic universities follow Catholic social justice principles (which are pretty concrete).

Some Catholic universities attempt to recruit working class students but there is also data showing that the more prestigious Catholic Universities have a strong tendency to simply reproduce the segment of the population that is already educated and affluent and help them to maintain their class position which is also a position of political power. To express it very simply and briefly these are the Paul Ryan Republican Catholics who would look askance at anything like even a mild Bernie Sanders kind of socialism. The problem is that Sanders would be much aligned with official Catholic teaching on the common good in society and on solidarity. According to Pew Research data, a high percentage of quite active Catholics voted for Trump in the last election, something that should give pause to theology and religion professors.

Another Fordham Press book, Send Lazarus: Catholicism and the Crises of Neoliberalism (2020) provides an analysis of recent papal encyclicals which deal with the global capitalist system. The teaching is extensive and detailed as the authors Matthew Eggemeier and Peter Joseph Fritz both of Holy Cross University present it. They speak of sacrifice zones slums and other deprived areas in which people receive little from government are left to their own devices to survive. Flint Michigan became one of many examples of this. Others are chronicled in the more ethnographic style book of Chris Hedges and Joe Sacco, Days of Destruction, Days of Revolt which discusses Camden, New Jersey, Welch, West Virginia and other sacrifice zones.

Class power must color any discussion of who benefits from university education. The working-class student who would benefit from social mobility of a degree will not be likely to have had Advanced Placement classes, a French tutor at sixty dollars an hour, or the leisure to do foreign travel and unpaid internships which make one a candidate for the more prestigious schools.

Contrast even this working-class population, which is large, with a large mostly minority underclass below it, with some zip codes in which the average adult male is reading at the fourth-grade level. As many commentators have said we are a nation which is willing to tolerate high levels of inequality and very different life chances and health care outcomes. Most are aware that the health outcomes for African Americans are a disaster. More broadly, a whole segment of the working class has been killed off by COVID thanks to bad policies and conspiracy theories.

This is the kind of society which working class students are coming from and graduating into. Some reading this essay may have received e-mails from students who say that their work is late because they are living in a motel after an eviction and can’t afford the internet or that they do not have the money even to buy a few paperback textbooks. They may be sitting in class next to a wealthy student whose family owns many properties and who thinks that evictions are just the way life goes. Poverty is naturalized not constructed. An ethics professor recently wrote on just how to teach in a situation where the poor student may feel shame to even mention their life situation before others especially before the privileged other sitting next to them and not showing much empathy. We can note that in passing that in some European countries university is free.

The credential you obtain at a university is also more and more the result not of the instruction of tenured and tenure track professors but the work of poorly paid adjunct instructors who are more or less “gig” temporary workers and who can be dismissed at will; not unlike the day laborers who are hired in the Home Depot parking lot. So, is it a situation in some cases of working poor students taught by working poor adjuncts? Some community colleges such as the one near where I live even have market centers where you can get free groceries as so many students report that they are going hungry. (“Food insecure” is a bureaucratic euphemism.)

Obviously, then, any discourse about universities is not about some uniform experience but about something that is highly determined by the dynamics of race, class and gender, and impacted by whatever religious tradition a university might possibly represent with all the questions about what such representation means. There are arguments about what Catholic University means but at least there are some social justice principles which are defined in official church documents as the Send Lazarus book shows in great detail. Sadly, much of America lives in these hollowed out sacrifice zones and the road from the hell they represent to the restorative thinking universities should do will be a long one. 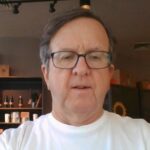 Michael McLaughlin is an adjunct professor at Old Dominion University and University of Saint Joseph. He is a past president of the Society for Hindu Christian Studies is also associated with the Norfolk, Virginia Catholic Worker. His doctoral studies were in the area of comparative theology focusing on Bernard Lonergan and Aurobindo Ghose. Recently he has been interested in alternatives to standard capitalist economics and in the exploitation of workers by investor class.

Forming Humans and Supporting the Humanities at the Just University

The Judgment of Solomon: Can the Mission Remain Divided Without Killing the University?

The horror stories threaten to overwhelm us. But what can we do? How can we employ the Catholic mission of these institutions to slow down and reverse the corporate takeover of Catholic higher education? 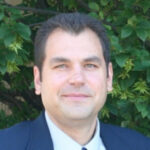 Most disciplines in the university are less about workforce development and more about various forms of thinking and knowledge. The idea seems to be that if we develop individuals in a broad sense, then that will spill over into workforce skills and productivity. While I do believe that in some sense this is true, I am not sure how much this is happening or how important it actually is. 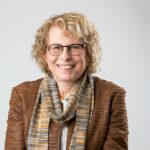 I Wasn’t Planning on Becoming Spiritual but not Religious: The Human Cost of Forced Termination in Religiously-Affiliated Higher Education

I have been interviewing thirty persons, mostly forcibly-terminated professors from Protestant and Catholic institutions, and several professionals who work with them. Their stories demonstrate a stunning depth of disillusionment. The majority of these often-ordained religionists feel so betrayed by the church that they – and often their families – refuse to be part of it anymore. 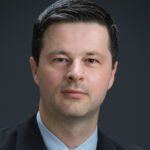 Upon completing the book, I wanted to turn my attention to my other scholarly interests. I wanted to look away. However, the book, despite whatever shortcomings it has, seems to have struck a chord. Reading groups have used it on several campuses. I have given more talks already since its 2021 publication than about any other topic over the course of my career.