There’s a fable I often heard growing up, about a Mennonite man (or Amish or Brethren, depending on where the story is being told) who was asked whether he was a Christian. His response: “Ask my neighbors.” The story encapsulates a certain historicist impulse in the Anabaptist tradition: the commitments we claim matter less than the commitments we embody. I first learned to care about the history of my community for just that reason. We learn who we are by considering honestly how we have lived.

In the conversation that has unfolded in the wake of Paul Griffiths’s CTSA plenary address, a number of people have stressed the historical nature of theological reflection. Meghan Clark, for example, argued that moral theology cannot proceed without serious attention to “context, history, experience, embodiment, power,” categories that Griffiths largely disregards. Matthew Shadle argued here on Political Theology Today that Griffiths ultimately gives an ahistorical account of Catholic magisterial teaching authority, and that political theology is better seen precisely as an encounter with Christ in history.

I am not interested in engaging Griffiths any further here. Clark, Shadle, Brad Rothrock, and others have already made the points I would want to make, and in any case, this is fundamentally a debate about the nature of magisterial authority in the Catholic tradition, and I am not Catholic. But I am interested in thinking a little further about what it looks like to see theology, and political theology in particular, as an historical and historicizing discipline of thought.

There’s a fable I often heard growing up, about a Mennonite man (or Amish or Brethren, depending on where the story is being told) who was asked whether he was a Christian. His response: “Ask my neighbors.” The story encapsulates a certain historicist impulse in the Anabaptist tradition: the commitments we claim matter less than the commitments we embody. I first learned to care about the history of my community for just that reason. We learn who we are by considering honestly how we have lived.

As I did my graduate work among Catholics, I picked up another reason to care about history: there’s a strange myopia in looking only at that tiny sliver of human history we call the present. Many of our most intractable disagreements depends on presuppositions lodged too deep for us to recognize. Immersing ourselves in other historical periods (as in other cultures) is a useful way of gaining perspective on ourselves.

Moral and political theologians are often instinctively historicist. The kinds of problems that we work with from day to day are too obviously timebound and plastic for us to ignore. And that goes not only for the political concepts—concepts like poverty or legal authority or freedom that clearly mean something different in contemporary North America than they did in 16th-c. Germany or do in contemporary China—but for the theological concepts, too. Working as we do with the concrete codetermination of theological and political concepts, it becomes clearer that “the kingdom of God is coming” or “obey the authorities for conscience sake” can mean dramatically different things in different times and places.

For that reason, every ethicist and every political theologian must be in some measure an historian. First of all, we must be historians of our own present moment, and that from two angles: we need to understand the actual situation we are confronting, and we need to understand what our theological concepts mean concretely within that situation. If I am a North American thinking about poverty, I need to know something about what poverty looks like in North America even to begin. I need to understand who the poor are, how they became poor, what poverty looks like here and how it is perpetuated, and so on. I also need to know something about how Christian language has been implicated in those realities. What ideas have been circulated, and what have their concrete effects been? (Kelly Johnson’s Fear of Beggars is an excellent instance of this second kind of inquiry, showing how the language of stewardship has been used to protect class interests.) These are all historical questions integral to the theological task.

There are clear sociology of knowledge-type reasons for thinking those kinds of questions to be important. Ideas have their concrete meaning only within a complex network of social and cultural forces, and responsible thinking requires that we be attentive to those forces. But the Anabaptist principle provides a more normative reason to care about these historical questions: they are the more honest and decisive indicator of who we are. A political theology that concerns itself exclusively with logical coherence and formal fidelity to received doctrine has lost sight of the essentially ethical end of theological reflection itself. As Augustine says of biblical interpretation, a theological judgment that goes wrong intellectually but builds up the love of God and neighbor is still more nearly right than one that fails to build up love (De doctrina christiana I, 36). In this sense, history is a criterion of theological adequacy.

Given this animating principle, it makes sense that Mennonites have been most deeply interested in the history of the present—in the way our communities are organizing and comporting themselves and in what that says about what our commitments have been and should be. We have also spent a lot of time thinking about the history of the first Anabaptists, whose critical break with the magisterial reformers remains a kind of normative exemplum for contemporary reflection. But our historical interest more or less ends there.

Political theologians need to be historians of their own situations, but we also need to be historians of other situations. We learn who we are from our own history, but we learn who we might be from other histories. Other histories show us how theological ideas may intertwine with social realities in ways we wouldn’t otherwise have imagined. My own current project, for example, looks to the medieval Franciscans, who provoked a series of conflicts (both intellectual and political) about the relationship between poverty and social power, as a way to rejuvenate contemporary conversations around the same issues. The medieval situation differs dramatically from ours in almost every respect, but it is precisely by immersing ourselves in its difference that we can learn to see new problems and possibilities in our own situation. My historical case happens also to be old, and much of its otherness lies in its oldness; but we gain the same thing by studying other contemporary histories. Rachel Schneider’s work on Christianity and race in post-apartheid South Africa is an excellent example of this kind of work. It is because these cases are not directly related to our immediate political situation that they have something to teach us.

It’s important to stress that “doing history” in the sense I’m recommending is not just a matter of reading old texts. A theology can draw deeply from Aquinas or Calvin and remain essentially ahistorical in its basic orientation; it can focus exclusively on Monday’s Hobby Lobby ruling and be richly historical. I do believe that the study of the more distant past can be extremely fruitful, and deserves more attention in our constructive theologizing. But any theology that measures itself in view of its embodiment in particular situations is one that takes history seriously.

As a subdiscipline of theology, as Shadle suggested yesterday, political theology may be especially self-aware about its historical context and especially interested in the historical context of other theologies. But these reasons for concerning ourselves with history do not apply only to moral or political theology. The study of history is integral to theological reflection as such. 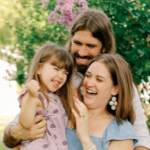 Brian Hamilton is a Ph.D. candidate in Christian ethics at the University of Notre Dame. He studies political theology and social ethics, with a special focus on issues of violence and economic justice. His dissertation explores the political significance of the medieval fascination with voluntary poverty, particularly as expressed by Francis of Assisi and his followers.