20and the crowd came together again, so that they could not even eat. 21When his family heard it, they went out to restrain him, for people were saying, ‘He has gone out of his mind.’ 22And the scribes who came down from Jerusalem said, ‘He has Beelzebul, and by the ruler of the demons he casts out demons.’ 23And he called them to him, and spoke to them in parables, ‘How can Satan cast out Satan? 24If a kingdom is divided against itself, that kingdom cannot stand. 25And if a house is divided against itself, that house will not be able to stand. 26And if Satan has risen up against himself and is divided, he cannot stand, but his end has come. 27But no one can enter a strong man’s house and plunder his property without first tying up the strong man; then indeed the house can be plundered.

28 ‘Truly I tell you, people will be forgiven for their sins and whatever blasphemies they utter; 29but whoever blasphemes against the Holy Spirit can never have forgiveness, but is guilty of an eternal sin’— 30for they had said, ‘He has an unclean spirit.’

In Christianity, the idea of being made in the image of God is so beguiling that the concept emerges as a fundamental assertion defining aspect of what it means to being human. The foundational belief that human beings are somehow like God and are in relationship to the Divine Being. In the same breath, however, the equal yet contractionary declaration is made that those same human beings are sin filled with a propensity for depravity. Western Christianity especially in the United States racialized and politicized these ideas to further the colonization of this continent and the genocide the Indigenous Peoples. Conveniently, the aspirations of empire adopted the rhetoric of White Supremacy and equated that identity with only one half of the theological anthropology of what it means to be human. To be white in this context is to more fully embody the imago Dei and to be Native American Indian or Other is to reflect the opposite, the profane. In 1973, this hypocrisy of US Imperial Christianity was exposed by Vine Deloria Jr. (Standing Rock Sioux) in his foundational text, God is Red. The pretense of false virtue unfortunately continues to elude the non-Native population and plague the experiences of Indigenous Peoples.

Reading the scripture in the book of Mark through the lens of Indigenous experience offers an opportunity for investigating identity and what it means to belong in a community where the expectations of performance hinge on embedded notions of hostility or fascination. In this chapter of Mark, Jesus seeks to be an agent of healing and empowering others in his community to exercise their agency to bring life to situations of death and hopelessness. The reactions of those who encounter the embodied reality of Jesus are divided according to their embedded notions about who they expect Jesus to be. Those who are aligned with the religious authorities seek to demonize him and his family seek to limit his actions as irrational. Jesus and those who recognize him as anointed by the Holy are simply gathered trying to nourish both bodies and spirits. The refusal to see Jesus in all his complexity and promise is an experience that is familiar to Native Americans living under US settler colonialism. This inclination to label others, whether to the point of demonization or as a fetish of dysfunction, is an injustice that Jesus denounces. The struggle to be whole and holy in a society that values uncomplicated definitions of identity, communal belonging, and obvious allegiances may provide us with the link between Indigeneity and this story of Jesus.

Living in conditions of settler colonialism renders the Occupied subject to the daily, insistent demands of the invading colonists. The history of the United States of deliberate usurpation through the theft of land and resources is well documented. The legal machinations of Indian Removals and enforced Christian Indian Education through state sponsored boarding schools destroyed communities and abused generations of Native children. These practices worked toward imposing an ideology of inherent sinfulness on Indigenous individuals. This institutionalization of Native American Peoples as less than human begins with the Declaration of Independence where the original inhabitants of this nation are characterized as merciless Indian savages. Concepts of sin, evil, and being outside the family of God’s Chosen continue to haunt the stories told about Native Americans even in contemporary socio-political language.

Like Jesus is labeled as demonic, as an agent of Satan sent to disrupt the harmony of the wider community, Native Peoples continue to be defined by the new narratives of Fallenness like dysfunction, poverty, and disappearance. Consider the water protectors of Standing Rock who faced vitriol and militarized attacks for impeding economic progress and jobs creation. The recent musings of the Governor Stitt in the wake of the McGirt versus Oklahoma Supreme Court decision regarding the state’s failure to legally disestablish reservation boundaries through an act of Congress also reflect a disparaging view of Indigenous identity and competency. The idea that Native Americans have the capacity to negotiate Indigenous Sovereignty, while maintaining and upholding a judicial practice of justice was dismissed by Governor Stitt. The Supreme Court’s determination that the State of Oklahoma usurped its authority in hundreds of court cases called settler colonial assumptions about its dominion into crisis. Shortly after the ruling favoring the Muscogee Creek Nation, Stitt stated on social media, “The Supreme Court’s McGirt decision created a public safety threat for tribal and non-tribal members.” The implication of his statement hinting that Native Americans would unleash chaos and prosecuted criminals to endanger law abiding, non-Native communities. This rhetoric ignores the fact Indigenous communities are intertwined with non-Native communities. Native Nations with State, and Federal governments possess a long-established set of law enforcement and regulation protocols. Stitt, in his consternation over maintaining the sovereignty of the state of Oklahoma, refused to acknowledge the hegemony inflected on generations of Indigenous Peoples who were unlawfully exposed to prosecution and regulation.

The fear of the savage and the terror of being subjected to the mercy of those who live as strangers in their own homelands create dissonance within the settler colonist. The impulse to bind the threat to that equilibrium becomes an imperative. The drive to reestablish these rules of engagement motivate the settler to invite the Native back into the family under the guise of a less complicated and recognizable role. The settler’s attempt to return to a familiar place of safety must deny their failures, while refusing to concede the wholeness and the holiness of the Indigenous human being. Just as Jesus is invited to stop being divisive and come back to the recognized family, there is also pressure on Indigenous Peoples to conform to the expectations of a society that prefers to see the Native as a relic of the past, a tragically damaged victim, a criminal agent of havoc, or in his or her most affectionate form as invisible.

The disaster of settler colonialism’s brand of Christianity is in the denial of the fullness of each human being to be at once both the saint and the sinner. The institutionalism of White Supremacy as the mark of its Christianized claims of authenticity are the demonic force that invites all into a genealogy of blasphemy. This family tree relies on language of reductionism and uninterrogated certainty to police lines of belonging and exclusion. In the settler state conformity to hegemony becomes orthodoxy.

Jesus critiques those who refuse and distain his complexity, ambiguity, then attempt to name him as something or someone he is not. His statement rebukes their actions as a sinful, deliberate negation of the Spirit of Life. The Holy Spirit engenders and infuses creation with its propensity for goodness. To deny or libel this Holy Spirit is an attempt to erase the complexity, mystery, and interdependence of Creation. This sacrilege is what US settler colonial Christianity does through institutionalizing conformity on Indigenous minds and bodies to an identity rooted in the death of sin. Native American Peoples assaulted by constant attempts to be renamed by and ossified in preconceived notions of white US exceptionalism. Like Jesus, the refusal to capitulate to these demands requires Native American Christians to resist reductionism by asserting self-determination within the relationships of mutual recognition and empowerment. 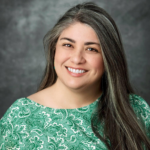 By Lisa A. Dellinger