The judgment of history is a moral belief that, somehow in the long run, the good and the true will win out, since the “long arc of the universe bends towards justice.”

This interview is part of the roundtable on Joan Wallach Scott’s On the Judgment of History that first appeared in Political Theology volume 23, issue 5, available here.

Political Theology (PT):Professor Scott, we’re grateful for this opportunity for further conversation with you about your recent book On the Judgment of History (Columbia University Press, 2020). Perhaps we could start by situating On the Judgment of History within the context of your wider intellectual project. In the preface, you note that the book was shaped by your reflections on contemporary events like the violence in Charlottesville and the publication of the Mueller report. Therefore, while the book certainly sits in continuity with your previous work, it also seems that it moves in some new directions in response to our current political moment. How do you see On the Judgment of History fitting within the broader trajectory of your work as a scholar?

Joan Wallach Scott (JWS): My work has long been concerned with questions of history and its politics.  In the case of women and gender, with what gets to count as worthy of historical attention, indeed with what counts as “history” itself.  In the early days of feminist scholarship, the goal was to make women visible to history.  That seems a long time ago and the demands were largely successful. But at the time, I was among the feminists who argued that adding women to history wasn’t a simple task—it would require a critical rethinking of the discipline of history itself.  We could say that a critical engagement with the philosophy and writing of history has been at the center of my work for a long time.  What is perhaps new in this book, is the absence of attention to gender (which has long been central to my concerns).

PT: For those who have not yet had a chance to read the book, how would you define this idea of the judgment of history?

JWS:  As you mention, my reaction to the violence of Charlottesville took the form of a question: “What ever happened to the judgment of history?”  By which I meant, hadn’t Nazis and the Ku Klux Klan been consigned to the dustbin of history?  Weren’t we done with those forms of political identification?  I knew, of course, that my question was naïve and that we have never been ‘done’ with racism, anti-Semitism, and misogyny.  So I was surprised that those words came to me spontaneously despite my theoretical and empirical understanding of their inaccuracy.  That led me to wonder how widespread was the belief in the necessarily progressive direction of history and in the democratic nation-state as the ultimate incarnation of that progress.  The judgment of history is a moral belief that, somehow in the long run, the good and the true will win out, since the “long arc of the universe bends towards justice.”

PT: One of the things that you articulate compellingly in the beginning of the book is the enduring appeal of the judgment of history for many people in the United States today. On the one hand, given the seemingly widespread disavowal of comforting metanarratives in the first half of the twentieth century, the idea of the judgment of history might appear to be naïve, or even silly. Yet, on the other hand, you rightly suggest that it continues to be an attractive fantasy for many people—even “skeptical secularists” like yourself. Why do you think the idea of the judgment of history continues to exert such a powerful hold over the imagination of so many people today, even those whose intellectual commitments might otherwise run directly contrary to its basic principles?

JWS:  Some of the persistence of the idea of the necessarily progressive direction of history has to do with how it’s taught in elementary and high schools.  Textbooks still offer a linear model, telling our national history as a series of improvements, even if there are setbacks.  Those linear narratives also structure lots of fiction as well as non-fiction. In addition, the stories we learn and learn to tell ourselves are often about the ways in which we evolve and grow in the course of our lives, the assumption is that growth is progress.   I think that the idea that History will correct the record at some indeterminate end point is both a spur to action and a form of consolation for perceived impotence.  It is a spur to action for those of us who want to make the world a more just place.  If somehow the end is guaranteed (even if we don’t live to see it as individuals), then the action is worthwhile.   But if we can’t act, if the power we are up against is overwhelming, then even if we don’t live to see it, the idea that History will be the judge means that good will somehow prevail “in the end.”

PT: The central chapters of the book examine three case studies: the Nuremburg Trials, South Africa’s Truth and Reconciliation Commission, and the reparations movement in the United States. Can you talk about why you selected these three particular cases? Were there any others that you considered using?

JWS: Not really.  The three seemed to me different big examples, over time, of the ways in which something we could call a judgment of history was conceived.  I’m sure there could be other cases.  One friend suggested the Russian Revolution (which was portrayed as a realization of the necessary direction of history), but that history was farther afield for me than these other cases I was more familiar with.

PT:In exploring these three cases, one of your goals is to expose and interrogate a unitary, progressive, and linear concept of history calibrated to a vision of the state as both history’s telos and the instrument of its progress. Importantly, the book draws out the racialized and gendered dimensions of this vision of history and the state. In particular, you suggest that racism/ethnonationalism is not simply an aberrant byproduct of a malfunctioning state, but that it is essential to the form of the nation-state itself. To invoke a popular expression: when it comes to the nation-state, racism is not a flaw, it’s a feature. Is that right? How do you think about this?

JWS: I think nation-states have taken different forms historically, but they have all had to address the question of difference: who counts as a member of the nation? who counts as a citizen?  The drive is to some kind of homogeneity, some kind of sameness, by which we can recognize one another.  Sometimes it’s race, sometimes religion, sometimes a requirement of cultural assimilation, but it all amounts to an exclusionary principle—“others” who are not like “us”  don’t belong. National identities aren’t fixed, and they have been—certainly now are being—contested.   But the requirement of some kind of sameness leads back to race,  as Hannah Arendt noted in the passages I cite from The Origns of Totalitarianism.  In the US, recent movements for Christian white supremacy have made race a primary form of national identity; it has long a history here.  The legacies of slavery have embedded racism in our national culture.  In France, the situation is somewhat different.  There it is the ostensible lack of fit between Islam and laïcité (secularism) that explains the “fact” that Muslims aren’t fully French.  But the long history of colonialist racism persists in this racialization of religion in France.

PT: It also strikes me that there is a significant religious or theological dimension to your argument in On the Judgment of History. One set of conversations in the field of political theology revolve around Carl Schmitt’s assertion that the central concepts of the modern theory of the state are all secularized theological concepts. Is there a similar dynamic at play in relationship to the judgment of history? Is the judgment of history a secularized theological idea? And if so, what does that tell us about the relationship between the religious/theological and the secular in the modern world?

JWS:  I think there’s no question that there is a theological resonance to the idea of the judgment of history—the final judgment of God at the End Times.  The secular version is that History itself—at once directed by human reason and an autonomous progressive force—offers interim judgments that reveal the truth of what has happened in the past.  At the same time, I don’t think we should overstate the theological influence because the idea of history I’m writing about is very much based in Enlightenment thinking that sees human reason as responsible for the direction history takes.  Human reason, in this view, is inherently progressive—the idea that truth and justice will emerge “in the end” is not about God’s will or judgment, but about the capacity of human reason to prevail.

PT: A lot has happened since On the Judgment of History went to press, including the coronavirus pandemic, the murders of Ahmaud Arbery, George Floyd, and Breonna Taylor, and the 2020 presidential election. Have these events further shaped your thinking about the judgment of history? Conversely, how might your analysis of the judgment of history help us to interpret and come to grips with the meaning and significance of these events?

JWS: I guess I would say that we can’t leave it to some nebulous judgment of history to reveal the extent of the lies and corruption of the Trump regime.  Of course, historians will do some of that work, but the point is that whatever they reveal will not bring a definitive end to racism, sexism, homophobia, fascism…..It’s not that there can’t be corrective histories written—my chapter on the reparations movements argues for critical history—but that history doesn’t close the books on aspects of the past; rather they endure.  My major interest in the book is showing how the claim to be enacting a judgment of history (as at Nuremberg) has functioned as a moral claim (a belief that “evil” can be exorcised) that works to conceal the structural conditions (the racism implicit in nationalism that we just talked about) which have given rise to whatever it is that is being condemned.  My interest in those lectures was in contesting the notion that some violently political institutions (Nazism, apartheid, slavery) could be permanently assigned to the past once they were revealed to be evil.  I was most interested in seeing the kind of political work the moral notion of the judgment of history did: concealing the conditions that enabled the “evil” being described to exist.  The moral force contained in the idea of the judgment of history is complex; it functions sometimes as an inspiration for action, sometimes as consolation;  but also, importantly, as a substitute for a political analysis of the causes of the violence being addressed.

PT: Any thoughts about where you work will take you in the near future? Any plans to develop and further pursue the lines of inquiry that you opened up in On the Judgment of History?

JWS: I’m always thinking about how to do history.  Your readers might want to take a look at a manifesto that I and two colleagues wrote about the importance of theory for history.  It’s along those lines that I will be interrogating whatever I take up next.  http://theoryrevolt.com

PT: Thank you so much Professor Scott! 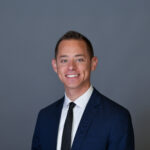 Matt Jantzen is an Assistant Professor of American Ethnic Studies at Hope College in Holland, MI. He is the author of God, Race, and History: Liberating Providence (Lexington Books, 2021).