Williams encouraged me, as a theologian, to be a minister in a variety of contexts, to purposefully place myself in uncomfortable situations, to expand my world beyond what I knew already. James Cone challenged me in the same way…

An unexpected bomb lobbed in the sometime culture wars of theological education was offered through something as ephemerally fleeting yet au courant as a tweet: John Milbank, Professor Emeritus at the University of Nottingham and the primary architect of the Radical Orthodoxy movement, casually offered this vicious pearl for public consumption: “Of course the themed identity theology you mention (liberation, local, ‘practice based’ black, feminist, queer, trans, disability etc etc) is tiresome careerist and naturally elitist bollocks. But no one serious takes it seriously. Or if they do that is utterly tragic.” This tweet prompted a response from Political Theology Network symposia editor, Rubén Rosario Rodríguez, which in turn motivated my own effort to further contextualize the incident.

Milbank’s casual dismissal of contextual and liberation theologies is a reminder that the United Kingdom theological scene is a world apart from that of the United States.  Years ago, I was a finalist to join the divinity faculty at the University of Edinburgh. In my public presentation, I offered a lecture on how race matters in shaping contemporary theological anthropology. At the end of my talk, during the obligatory question-answer session, a Ph.D. student who had done her undergraduate degree at Cambridge asked, with a slightly perplexed look on her face, in sincerity, “Race. You keep mentioning race. Do you mean the Welsh?”

I was floored. Marcella Althaus-Reid and Michael Northcott were horrified. Others on the faculty laughed bemusedly.

I’ll never forget that moment, and the realization of how sheltered, disengaged, unworldly, and provincial so many academic theologians are. I loved the stories about how Jürgen Moltmann and James Cone intentionally roomed together at international conferences, to continue to shape, change, and transform one another’s theological perspective, to extend the conversation from the academic setting to the mundane companionship of eating, socializing, sleeping in adjacent beds. Those stories of collaboration not in spite of difference, but because of difference, made me the theologian that I am.

And so I was appalled to read Milbank’s statement that looks out at the world of contextual and liberation theologies and dismisses them out of hand, without engagement, without consideration. It was a thoughtless message that spoke volumes about a theologian who is so outside the contexts of the world that he does not even recognize theology which seeks to respond to the deep needs of the world. It’s the sort of message crafted by someone that reads a lot about the world, but hasn’t lived in it much.

Although my personal context is that of being a heterosexual white male, I was shaped profoundly by my training at Yale Divinity School and Union Theological Seminary by some of the preeminent black, womanist, LGBTQ, and feminist theologians of our time: James Cone, Delores Williams, Letty Russell, Serene Jones. Moreover, the white male theologians who taught me (David Kelsey, Christopher Morse, and Douglas Sturm) all impressed upon me the importance of context, and so I made sure that my theological training was not myopic. All of these mentors raised me to see that my theological voice, if it was to be true, if it might speak truth to power, could not, must not ignore the “voices at the margins.” My bookshelves filled with black, womanist, feminist, queer, Mujerista and Latinx, Dalit, Minjung, and Latin American liberation theologies, along with Barth and Bonhoeffer, Niebuhr and Tillich, Calvin and Luther, Augustine and Anselm. I learned that the world of white American and European men was not the be-all and end-all of theological discourse, no matter how much so many inhospitably pretend it is so.  We Euro-American men have a tremendous capacity to wear existential blinders and declare a universality to theology that demonstrates a recalcitrant ignorance of our undeniably intercultural and religiously pluralistic world.

Delores Williams, one of the mothers of womanist theology, was my doctoral advisor at Union Theological Seminary, and she was everything that I could have hoped for in a gracious, challenging, insightful mentor.  We often shared breakfast in “the Pit,” the epicenter of Union’s foot traffic and social world, and I became a master of preparing her preferred cups of half-coffee, half-tea. She was the sort of generous, hospitable advisor who wanted to know me not just as an aspiring theologian, but as a person.  She cared about my contexts.  She was like that with all of her doctoral advisees.  We shared an interest in Paul Tillich’s method of correlation, a circular understanding of theology informing culture, which in turn informs theology. As much as Williams was known for her decidedly unorthodox perspectives on the cross, she nonetheless spent every Sunday morning in the pew of her Presbyterian church in Harlem as a layperson. Williams taught me well the womanist conviction that theology cannot, must not, be separate from the church in the particularities of the contexts that construct, inform, and constitute the church.  She valued that I was an ordained minister, serving a congregation, who also did theology, believing that my pastoral work would endlessly and essentially inform my work as a theologian, and vice versa.  Williams spurned the “impractical theology” of homileticians who spent two years as part-time associate pastors while getting their Ph.D.s, never to return to the pulpit once they reached tenure-track jobs at seminaries. “They’re teaching preaching without being preachers themselves,” Williams mused out loud.

Williams encouraged me, as a theologian, to be a minister in a variety of contexts, to purposefully place myself in uncomfortable situations, to expand my world beyond what I knew already.  James Cone challenged me in the same way, charging me, “Make sure that you get yourself into all sorts of situations where you’re the only white person in the room.”  Years later, when I was the president of Ecumenical Theological Seminary, a predominantly African-American seminary in Detroit, a city with an 85% African-American population, Cone pulled me aside at an American Academy of Religion meeting. We exchanged pleasantries, caught up about what was going on in our lives, and then Cone asked pointedly, “Now that you are the minority voice in every room, what have you learned about about power?”  I always had something more to learn from the cut-to-the-quick directness of black theology that refused, ever, to compromise on issues of power dynamics.

And so some of my most important theological work has focused on analyzing black and womanist theological anthropology, examining Tillich as both source and critique for liberation and contextual theologies, and the way in which social, cultural, and political dialogue in the United States has been shaped by black church traditions.  When I was his student, James Cone taught me that once you challenge yourself to work at the margins of your worldview, your world is never the same.  That was an important reason why he was so actively engaged in EATWOT (Ecumenical Association of Third World Theologians), to break open his USA-centric worldview.  There will always be people and perspectives that you can encounter anew to break open the confines of your previous understanding of the world. That realization is what led me also into the importance of inter-religious dialogue, purposefully seeking out the “religious other” at the edges of a sometimes Christendom-obsessed socio-political reality in the United States.

Much of my professional life has been spent on the boundaries of my Christian tradition, meeting people of other faiths, convinced that the only way to live fully into “love thy neighbor,” is by truly knowing them, praying with them, singing with them, joining together in common causes to make the world a place that is more loving and just.  Back in college, I was shaped profoundly by Martin Buber’s “I and Thou,” and I have tried as best I may to encounter the “religious other” not as an object to be regarded, but as a Thou to be cherished.

Without a doubt, Milbank made a considerable mark in academic theology through the radical orthodoxy project, an academic legacy that most of us could never hope to match. But his blanket subversion of contextual and liberation theologies is disturbing, especially his assertion that such theological work is “elitist.” It is a grenade thrown recklessly, a provocation informed neither by care nor compassion nor reality.

First, let me address the claim that “identity theologies” are elitist.  This is prima facie an absurd claim. “Identity theologies” are the constructive work of peoples who have lived experiences of systemic disempowerment, disenfranchisement, having their concerns and worldview seen as “less than.” The claim by a white British man who has lived extraordinary privilege in the academic world, that the perspectives of “identity theologians” are “elitist,” is patently false.  Further, while Milbank may not have the appropriate context to himself participate as a theologian within and as these identity-based theological discourses, he may engage as a theologian with and for such identity-based theological discourses.  I have done so, and been hospitably welcomed to do so, for twenty years.

Second, rather than seeing persons who claim theological identities different from his own as a “Thou” who might be engaged, Milbank’s approach bespeaks the self-satisfaction of an I-It Buberian relationship.  Rather than regard his fellow theologians as persons with whom he might engage, learn, enjoy, Milbank simply dismisses them callously. His thoughtless tweet was the articulation of the very disempowerment, disenfranchisement, “less than” experience that “identity theology” has said all along that Euro-American men practice. In less than 280 characters, Milbank planted his flag in the ground as Exhibit A of unapologetic Euro-American white male supremacy.

Many of us have learned anew from the Coronavirus Era how important relationships are, and from the Black Lives Matter protests, how necessary it is to stop, listen to, and respect the integrity of voices outside the center.  Milbank’s simplistic message is a baseless refusal of both these lessons of the pandemic-based context in which we now live.  Milbank is a superb intellectual theologian capable of giving deep, complex thought across a number of disciplines.  But is he capable of challenging himself to live outside of his pocket universe?  The dismissive quality of his claims regarding identity-based theologies demonstrates a mind that wants to formulate a universal theology, but who ironically cannot dream of the viability of a universe outside of his particularities. 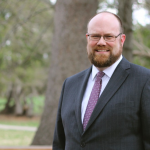 The Rev. Dr. Stephen Butler Murray is an American Baptist theologian who serves as Executive Director of the Congregational Library & Archives in Boston, Massachusetts and Minister of the First Unitarian Universalist Church of Detroit, Michigan. He previously was President and Professor of Systematic Theology and Preaching at Ecumenical Theological Seminary in Detroit, Michigan.  He is on the Commission on Interfaith Relations of the Baptist World Alliance and the Theologians Commission of the American Baptist Churches USA.