Political theology’s prospects for contributing helpfully to movements of resistance to sexual violence depends on the willingness and ability those who contribute to political theology as a discourse to discern and prioritize the kinds of questions that are deemed most urgent by sexual violence survivors themselves and those who have devoted their work to ethically addressing this harm.

I write this essay in the days surrounding Brett Kavanaugh’s confirmation to the United States Supreme Court. As I listen to the Senate hearings and watch Kavanaugh’s defenders justify each stubborn step toward the final vote, throwing care and justice for sexual violence survivors to the wind, I have asked myself, “What can political theology do about this?”

“Can political theology do anything about this?”

Though the most recent, Kavanaugh’s confirmation is not the only instance in which we who consider ourselves part of the academy have been roiled these last months by allegations of sexual violence and their cavalier dismissal. I am referring to this summer’s news that renowned scholar Avital Ronell was sexually violent toward a graduate student and the highly problematic manner in which a number of prominent senior scholars rallied to her defense.

Especially considering political theology’s indebtedness to the thought and leadership of multiple scholars who either signed or defended that now-infamous letter to NYU dismissing Ronnell’s accuser and pressuring the university not to act on his allegations, what can political theology do about this?

Can political theology do something – anything – about the culture in the academy of dismissing survivors and protecting the sexually coercive?

I am not going to use space in this essay to defend my reading of either Kavanaugh’s confirmation or scholars’ defense of Ronell. If you’re not with me on Kavanaugh, I will not win you over in one thousand words. On the matter of Ronell, I refer you to Andrea Long Chu’s article in The Chronicle, which, in my opinion, is dead on.

What I will do in this essay is muse about possible trajectories for political theology to take that could be helpful, given an analysis that views both of these events represented by controversy around Kavanaugh & Ronell as indicators of just how far we have to go in society and in the academy before resistance to sexual violence prompts relevant and meaningful shifts in our dominant habits of thought, policy, and practice.

My tentative answer to the question that drives this essay – Can political theology do anything about sexual violence? – is, yes. I think it can.

My “yes” is tentative, however, because I do not think that political theology will succeed in doing what it can to address sexual violence unless a critical mass of we who hold this discourse dear decide to intentionally and relentlessly pursue the task. In other words, I do not think that political theology is fully primed and ready to make sexual violence a critical focus. Doing so will take work. For example, while political theology is currently forging strong ties with some cognate discourses central to a strong analysis of sexual violence (i.e. Critical Race Theory and Environmental Studies) its relationship with other cognate discourses in which many of the necessary tools for this work have been crafted could stand to be strengthened: Womanist, Mujerista, and Feminist Theologies; Women’s and Gender Studies; the study of gender in Genocide Studies; Trauma Studies. Intentionally building networks of connection with disciplines that have historically made sexual violence a central focus is crucial if political theology hopes to contribute substantively to addressing sexual forms of harm.

Here’s another: Craft research questions to address the most urgent problems that folks working to resist sexual violence are facing.

What are the questions relevant to political theology’s expertise that need to be answered in order for movements against sexual violence – popular, intellectual, legal, ecclesial, economic – to gain momentum and authority and influence in both religious and broader social contexts? If we who are concerned with the discourse of political theology want our scholarship to make a difference in the Kavanaugh and Ronell controversies of the future, we need to find out what these questions are and make them our own.

If we were to do this – to organize our inquiries according to the needs of movements of resistance to sexual violence – I think the following questions would show up on our lists.

What are the theo-logics operating in the political strategies that got Kavanaugh confirmed?

Movements of resistance to sexual violence need a thorough understanding of the ways that religion is used against them. Political theology is in an excellent position to identify what theo-logics are at play in the myriad processes that led to Kavanaugh’s confirmation, and it has the potential to tell us how these logics are doing political work in service of sexually violent ends. This is valuable information that can support the development of new and more relevant strategies for addressing sexual violence from both the pulpit and the voting booth.

What kinds of theo-logics have historically funded resistance to sexual violence, and what new theo-logics do contemporary circumstances call for?

How did Western legal codes dealing with sexual violence develop, and what is the relationship of theology to the politics and history of that development?

A ten-minute foray into the field of sexual violence survivor advocacy is long enough to discover that sexual violence laws in general, in the West, and in the U.S. in particular, are desperately ill-equipped to do right in any capacity – individually or systemically – by those who are victimized by this violence. We need folks attentive to the theological dimensions of political and legal history to tell us what the role of theology has been in the development of these legal codes that so utterly fail those impacted by sexual violence. How have theologies of white supremacy and patriarchy shaped the laws we have on the books today? Are there theo-political histories particularly relevant to the fact that we have these laws instead of others? What theological justifications are made for the preservation of problematic laws today, and what kind of theology do we need in order to defend the kinds of legal reforms needed to address sexual violence well?

Speaking of the judicial system…

Historically, the relationship between these two movements has been fraught. Collectives of women and queer people of color (Incite!, for one) have led the way in developing strategies and analyses that resist sexual violence without apologizing for mass incarceration, and methods of resisting mass incarceration that do not ignore survivors’ immediate needs for a system that can intervene in threats to their lives. We need those who contribute to the discourse of political theology to likewise commit to addressing both mass incarceration and sexual violence intersectionally so that the real connections between these phenomena – both theological and political in nature – can be clarified and more strategically confronted.

The law, however, is only the beginning when it comes to addressing sexual violence. In part, for both better and worse, and precisely because the law is ill-equipped to deal with sexual violence, most instances of this violence are handled through human resources policies, Title IX, and less structured community processes. This reality prompts political theology to investigate not only legal codes but all manner of policies, procedures, and habits of response to sexual violence when it occurs.

Specifically, it would be helpful for those who contribute to the discourse of political theology to ask this two-part question:

What are the norms in academic and religious institutions for reporting sexual assault and adjudicating those reports? And, what kinds of influence have theology and politics had in the development of the norms for these processes?

It would be immeasurably helpful for a group of political theology scholars to partner with sexual violence specialists and conduct a policy review of churches’ methods of receiving and responding to claims of sexual violence made against members of their communities. What would we find? What kind of theology is operative in these policies? What kinds of changes would a gender and race critical, queer, liberation theology recommend? Are there any communities of religious faith out there doing a good job at responding to sexual violence? How are they achieving that? What, if anything, do the methods that religious communities use to address sexual violence have to do with broader social and juridical patterns?

And what about our academic institutions, religious or secular? What are the theo-logics of their policies, and what kinds of reforms would a political theology scholar recommend? What is going on in the academy such that scholars renowned for critical thought around social negotiations of power respond in significant numbers to a situation of sexual violence in ways that mimic the dynamics of abuse? (Yes, we’re back to Ronell.) It is not acceptable to chalk this up to scholars’ simple human failure to live by their principles. There are systemic issues of the academy at play here, and we need to know what they are. Those who work at the intersection of theology and politics are potentially in a position to not only contribute to diagnosing the problem in academia, but to formulating recommendations for the kinds of logics we need to center if academia is going to make internal transformations toward more effective resistance to sexual violence.

Lastly, it is worth noticing that a number of concepts central to sexual violence discourse are also central to Christian theological discourse and legal discourse. For example: testimony, witness, belief.

What does theology offer us by way of articulating these concepts such that they are better able to fund movements of resistance to sexual violence?

What I have done in this essay is, essentially, to toss questions urgent for those seeking to address sexual violence out to a broader group of folks interested in political theology in hopes that some of these questions will be caught, cared for, and addressed by those who are skilled in bringing political and theological analysis to pressing social crises. 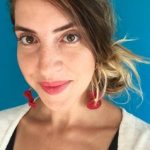 Hilary Jerome Scarsella is completing a PhD in Theological Studies at Vanderbilt University where she researches the intersections of religion, psychological trauma, and sexual and gender-based violence. She is a Louisville Institute Fellow, a Fellow in Protestant Ethics, and is an Emerging Scholar of University of Virginia’s Project on Religion and Its Publics. Scarsella is Director of Theological Integrity for the sexual violence survivor advocacy organization, Into Account. She holds an M.A. in Theological Studies from Vanderbilt University, an M.Div in Theology and Ethics from Anabaptist Mennonite Biblical Seminary, and a B.A. in Religion and Philosophy from Indiana University. 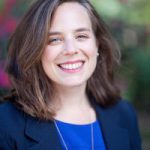 Political theology, insofar as it can articulate an analysis of and resistance to rape culture, offers many resources for confronting sexual violence. 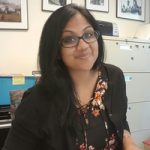 No Longer Bearing the Cross Alone

Like Simon and Veronica, those in the pews and those in the academy are called to accompany those who are abused by sharing in their pain so that survivors no longer bear this cross alone.

Political theology’s prospects for contributing helpfully to movements of resistance to sexual violence depends on the willingness and ability those who contribute to political theology as a discourse to discern and prioritize the kinds of questions that are deemed most urgent by sexual violence survivors themselves and those who have devoted their work to ethically addressing this harm. 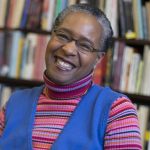 Is Christian Political Theology too conservative to undermine sexual violence?

If we want to focus on stopping sexual violence we need to ask much more disruptive questions about the conserving influence within Christian political theologies that accompanies their radical critiques.