Growing up Latino and Pentecostal in the traditionally red state of Arizona, it’s no surprise I am somewhat of a one-issue voter who could be labeled politically conservative. What may be surprising, however, is my main political concern is not one of the top three evangelical dog whistles: anti-abortion, prayer in school or a pro-Israel stance. I vote Democrat mainly on the basis of issues of social justice centered on biblical ethical standards.

My move away from evangelical Republican politics was made complete on November 8th, 2016, when an 81% of evangelicals elected Donald Trump as president. For almost fifty years, a large majority of evangelicals has been swooned over by Republican political candidates who promised to end abortion, pledged to put prayer back in school, and parroted a pro-Israel platform. In the past, most conservative candidates who championed these agendas at least had a modicum of religious values to pass a modest evangelical litmus test. But how could Trump seduce a great majority of the Jesus-believing, Bible-thumping, church-attending evangelical conservative community when his values are so contrary to those of Jesus, the Bible and what the church should stand for?

I’m not going to lie. Much to the chagrin of my progressive friends in the past I could, and at times did, vote for previous Republican presidential candidates. What is more, prior to 2016, I even registered as a Republican voter for the main purpose of having a vote in the AZ state Republican primary elections. I justified this political strategy by reasoning that in the end I could vote for whomever candidate I deemed was best qualified whether Democrat or Republican. But the primaries, I contended, gave me an opportunity to select the best “conservative” nominee even if later I did not vote for that candidate – a sort of loser’s wager tactic.

Candidly, I for the most part could support a Republican president with whom I had political differences if in the end I could honestly say, “this is a person who arguably loves God and wants the best for this nation.” Although I did not vote for John McCain or Mitt Romney, I could see myself getting behind Republican candidates like them: a person whose faith was truly a guiding light in their decision-making process if they were elected president. With Trump, however, we witnessed the bizarre marriage between a me-first political candidate with great entrepreneurial ambitions and an evangelical constituency that sought to gain political power and economic capital at any cost.

As a pastor there are lines I won’t cross for any political candidate. Now, someone might ask, how could you endorse someone like Hillary Clinton knowing very well her stance regarding abortion? My response would simply be that endorsing a pro-choice candidate does not equate to being complicit in an abortion any more than supporting a pro-gun candidate renders one guilty of any gun related crime. Besides the issue concerning abortion is not as black and white as many would have us think for even some conservatives would allow an abortion when a mother’s life was in danger or in the case of incest or rape. The reality is politics is not such an easy game where one fully aligns religiously, biblically, socially, ethically, or philosophically with the candidate of one’s choosing.

We all work with, hire, listen to, are influenced by, and befriend people who are not our identical political twins. The myth that Christians can only vote for Republican candidates because they are the best Christian option has finally been busted thanks in great part to the election of Donald Trump. Ironically, by siding with Trump evangelical Christians inadvertently espoused political expediency over Christian character and morality. It would be ludicrous then to argue a Christian cannot vote for a Democratic candidate after endorsing a “two Corinthians,” foul mouth, money loving, power hungry, misogyny inducing, hatred spreading, racist agitating, Bible-prop carrying, insurrection rousing, impenitent businessman over against more viably Christian candidates like John Kasich in the Republican primaries.

I realize one might argue Democratic candidates are also flawed, but the difference for me is many times their socio-political consciousness stands closer to my biblically informed approach to issues of social justice. For me, the greatest purpose of government is to guard the well-being of its citizens with regard to matters of justice and socio-economic concerns, and not to affirm or protect the religious values of any specific group. As a Christian, I am more concerned that those involved in the legislative, judiciary and executive branches create, interpret, and enforce just laws to govern its constituents in a socially responsible manner “with liberty and justice for all.”

As a pastor, I believe I have a God-given spiritual mandate to preach the Gospel and guide parishioners toward a biblically informed decision-making process. With regard to politics, this means I don’t tell them who to vote for or how to vote on any particular issue. My role as a spiritual guide is simply to prepare them to make decisions in a manner that honors their belief in and relationship with God. In fact, it would be morally irresponsible for me to abuse my spiritual authority to coerce fellow believers under my care to vote exactly as I would.

In the end, church congregants make and live with all sorts of difficult moral life decisions. Who will they marry? Do they disconnect the ventilator keeping their loved one alive or continue life support? How should they vote in the upcoming elections? As pastors we are there to provide biblical and spiritual guidance before—and even after—major life decisions, for we have to live with the consequences of our choices. Decisions are not sinful in themselves but hopefully they lead to the flourishing of their lives and others.

Thus, when we choose leaders, we are doing more than electing politicians who will legislate morality or blindly uphold assumed prophetic interpretations of Scripture. For a longtime the conservative religious Latinx community in the US has been coopted by the evangelical religious right to vote for Republican candidates claiming more Christian ideals. We must not forget the original catalyst for the religious moral majority’s political organizing was not an anti-abortion/pro-life stance, but rather protecting segregation in schools. Today, just as in the beginning of the evangelical revolution, the pursuit has been for political power.

As a Latino Pentecostal pastor, I am done with the typical approach of white evangelical politics. I no longer care for perpetuating so-called political conservative values at the expense of a biblical stance for social justice. In the 1970s, voting with the moral majority meant preserving segregation in schools. In the Trump era, it has meant maintaining anti-immigration policies, perpetuating racist agendas, and restricting voting rights. Frankly, I don’t care for a conservative political movement that disguises itself with a very thin veneer of Christian morality and an uncritical all-embracing support for the state of Israel.

If Christianity is to mean something in the 21stcentury, it should stand for an unwavering embrace of the full gospel of Jesus Christ, which comprises spiritual salvation and social justice. Making America great again is not synonymous with the great commission, and prioritizing anti-abortion, prayer in school and pro-Israel stances is not sufficient for a genuinely Christian political platform. In fact, if Christianity is to adopt a biblical Pro-Life position, then it must embrace it from cradle to grave.

Christianity in the US seems to be at a crossroads. It could continue being a mere servant of right-wing conservative politicians or it could realize its potential of becoming a prophetic movement that critiques both left and right political parties. At a time when US politics are so fractured and partisan interests have almost paralyzed efforts for genuine democratic participation, work, and progress, it is time for the church to rise to its calling.

The church in the US should not be a pawn used for political gain. Instead, armed with the witness of Scripture the church should provide much needed correctives to the overall structures of political power in the US. The Scriptures contain helpful models for establishing social justice and creating a more just world. In particular, the ethics espoused by Jesus in the Gospels should reorient the church for equipping disciples who will participate in the social and political structures of this world in a manner that prioritizes love for neighbor, holistic peace, and justice for the most vulnerable in society.

If we have learned anything in the last two cycles of presidential elections in the US, it must be that Christians should not allow their faith to be easily manipulated by any political candidate. Instead, their belief in Scripture should lead them to ask critical questions of candidates and political platforms with the purpose of coming to an informed decision for how they will cast their vote. Ultimately, it should not be a question of the wholesale adoption of a political party’s candidates and their platform. Instead, we should discern how our political decisions could help establish a more just world for all. 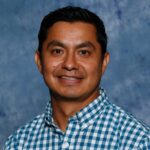 Sammy Alfaro is a pastor-scholar whose research interests focus on doing theology from and for the Pentecostal Latina/o church and community. He is an ordained bishop with the Church of God (Cleveland, TN) and founding pastor of Iglesia Nuevo Dia (New Day Church), a Latina congregation in Phoenix, AZ. He is Professor of Theology at Grand Canyon Theological Seminary. His publications include Divino Compañero: toward a Hispanic Pentecostal Christology and a co-edited work with Nestor Medina, Pentecostals and Charismatics in Latin America and Latino Communities. 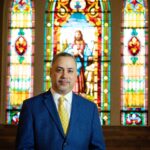 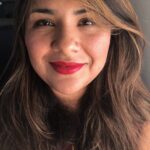 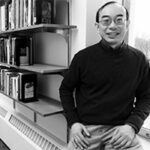