Notice of a New Research Network

Philosophers of religion in both the continental and analytic traditions have long been accused of distancing themselves from concrete religious practices. As Brian Clack puts it, much philosophy of religion displays a blatant ‘disregard of reality’.[1]

Philosophy and Religious Practices, a new research network funded by the AHRC Connected Communities programme, seeks to redress this disregard, by connecting philosophers with lived religion through a series of events that bring philosophers of religion together both with other researchers on religion and with faith communities. Aiming to make the work of philosophers of religion more relevant to the contemporary UK research agenda, the network hopes to model ways in which philosophy of religion can interact more fruitfully with theology and the social sciences in the future, so as to promote a holistic conception of research on religion.

At stake in this project is the influence religious research can have on faith communities, as well as the academy’s ability to measure this. In particular, the network will grapple with the implications of the REF focus on research impact for the Humanities and for philosophy especially. Through a series of what we are calling ‘impact events’ with local faith communities, we will be putting into practice models for maximising and measuring the impact of philosophy of religion on religious communities by studying the ways in which small groups of religious practitioners engage with philosophical texts. We intend to investigate how we might produce the kind of change outlined by Alison Scott-Baumann, wherein ‘Scepticism about philosophy [among faith communities] is replaced by a dialectical process of using philosophy to help people live together and look forward, alert to new possibilities’.[2]

Call for Papers for Initial Workshop

The network launches with a free public event on May 9th 2013, held at the University of Liverpool and open to academics, religious practitioners and the general public. This initial workshop, entitled ‘The Humanities and Lived Religion: Philosophy, Religious Studies and the Impact Agenda’, will discuss possible models and ways of thinking about the impact that research on religion in the Humanities has on religious practitioners, as well as, conversely, the ways in which practitioners impact research in the academy. Central themes will include:

As part of this one-day workshop, we are looking for a very limited number of speakers to present work on the above themes. In particular, we are seeking 20-minute papers or 10-minute position papers that respond to philosophy of religion’s traditional failure to engage with religious practice by sketching innovative, new ways to model and develop such engagement. The deadline for 250-word abstracts is March 11th 2013 (see here for abstract submission details) and speaker bursaries covering UK travel are available.

Future events include the following one day workshops and an international conference:

You can keep up to date with what the Philosophy and Religious Practices Network will be doing over the coming months on Twitter or by following our blog. 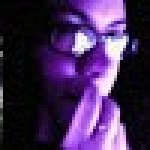