In a recent piece about Les Misérables, which is in general a fine study of the dynamics of law and grace in the film, Michael W. Hannon worries that a view of the state, and the political realm more broadly, as an unnatural institution is insufficient for a vibrant and vigorous engagement of this realm, or as he puts it “our faith in law.” Hannon aptly notes that Valjean, one for whom “it seemed as though he had for a soul the book of the natural law,” is the ideal in Hugo’s work. Valjean’s remarkable conversion, for instance, results in a situation in which he recognizes a greater sense of moral obligation rather than less.

In a recent piece about Les Misérables, which is in general a fine study of the dynamics of law and grace in the film, Michael W. Hannon worries that a view of the state, and the political realm more broadly, as an unnatural institution is insufficient for a vibrant and vigorous engagement of this realm, or as he puts it “our faith in law.” Hannon aptly notes that Valjean, one for whom “it seemed as though he had for a soul the book of the natural law,” is the ideal in Hugo’s work. Valjean’s remarkable conversion, for instance, results in a situation in which he recognizes a greater sense of moral obligation rather than less.

But Hannon moves on to contrast this “golden mean” with two extreme errors, legalism and antinominaism. With respect to the latter, highlighting Rousseau, Hume, Kant, and Hobbes in particular, Hannon writes, “In their various ways, these thinkers accepted the need for law only reluctantly, envisioning law as essentially opposed to virtue and freedom, even if accidentally necessary to prevent more serious mischiefs.”

He updates the concern to the contemporary, contending, “Our present-day libertarianism takes these antinomian sentiments to their extreme and declares political authority to be basically evil. Liberalism mitigates this a bit, but only by adding that such authority is a necessary evil. In neither case do we exhaustively exorcise these anti-authoritarian errors.” Hannon thus proceeds, perhaps a bit more surprisingly, to add John Adams, James Madison, Patrick Henry, and Thomas Jefferson to the list of those without proper reverence for political authority. 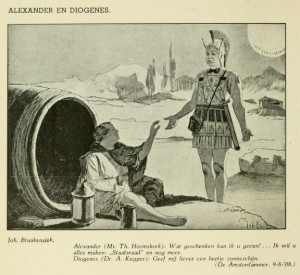 Apart from the figures that Hannon includes, we might look more closely at the thought of Abraham Kuyper (1837-1920), the remarkable Dutch theologian and politician, to explore the vagaries of political authority and to unpack just what it might look like to properly value the political realm.

On first glance, Kuyper seems to fit very well within the constellation of those who might not adequately reverence politics. In various places Kuyper asserts that the existence of the state is a result of the fall into sin. In contrasting common and special grace in the case of science, for instance, Kuyper writes, “Without sin there would be no state, and apart from sin there would have been no Christian church, but there would have been science.” David VanDrunen, in his account of Kuyper’s social thought, writes that for Kuyper “the existence of the state presupposes sin and is thus only a post-lapsarian institution.”

All this seems clear enough: Kuyper contrasts pursuits like art and science with political and ecclesial life, the latter of which are necessary on account of sin, the former of which would have existed even without a fall from primal innocence. The reality of Kuyper’s position is rather more complex, however. What is novel about political life after the fall is “the state,” by which Kuyper means a human institution with the specific responsibility to exercise an ordering and governing function over social life by means of coercive force. But “the state” and “political authority” are not simply identical for Kuyper. Kuyper associates coercion with the state, but notes that this is not co-extensive with political life as such.

Kuyper highlights the distinction in a lecture on Calvinism and politics. In fact, Kuyper evokes Aristotle’s definition of the human being as a “political animal” to show “that the impulse to form states arises form man’s social nature.” But without sin, argues Kuyper, there would have been in fact a single state, which “could embrace all the world,” and would have not been coercive but rather organically developed, as man “by virtue of his birth” is “organically united with the whole race.”

Kuyper again affirms the novelty of the state in light of sin, but goes further. What is novel after the fall is not political life itself, but rather the reality of many states characterized by artifice rather than one state characterized by organic relationship:

Indeed without sin there would have been neither magistrate nor state-order; but political life, in its entirety, would have evolved itself, after a patriarchal fashion, from the life of the family. Neither bar of justice, nor police nor army, nor navy is conceivable in a world without sin; and thus every rule and ordinance and law would drop away, even as all control and assertion of the power of the magistrate would disappear, were life to develop itself, normally and without hindrance, from its own organic impulse. Who binds up, where nothing is broken? Who uses crutches, where the limbs are sound?

Every State-formation, every assertion of the power of the magistrate, every mechanical means of compelling order and of guaranteeing a safe course of life is therefore always something unnatural; something, against which the deeper aspirations of our nature rebel; and which, on this very account, may become the source of both a dreadful abuse of power, on the part of those who exercise it, and of the contumacious revolt on the part of the multitude.

Kuyper’s concluding concerns about the potential abuses of political power echo much of what Hannon finds disconcerting in what he calls “antinomianism.” But according to Kuyper, the state is not to be derogated or dismissed for these reasons. In fact, it is to be respected as a divinely-ordained means of preserving grace. This means that political power is neither to be worshiped nor to be disdained.

On Kuyper’s account, at least, to say nothing of those explicitly mentioned by Hannon, the state is necessary because of evil, but is not therefore a necessary evil, but rather a necessary good. For this reason, Kuyper goes to great lengths to describe what the positive role of the Christian statesman consists in, and gives the political order remarkable approbation. “As the power that protects the individual and defines the mutual relationships among the visible spheres,” writes Kuyper, “the sovereignty of the state, therefore, rises high above all other spheres by enjoining justice and utilizing force justly.”

This defining feature of legitimate political authority, that in Kuyper’s words is characterized by “enjoining justice and utilizing force justly” is a characteristically Augustinian legacy in Christian political thought, which balances respect and even a measure of reverence for political authority with a significant recognition for human fallenness and corruption. For as Augustine wondered so memorably, “Justice being taken away, then, what are kingdoms but great robberies?”

As the example of Kuyper illustrates, there may well be resources for Hannon’s argument for “the need to reclaim and rekindle such a positive vision of law if we are to realize happiness in our own society” that have a healthy dose of concern about abuse as well as right use of political power. For indeed Lord Acton, whose most famous injunction concerning power is invoked by Hannon as an example of unhealthy cynicism regarding political authority, would concur with Hannon that “libertinism undermines true human freedom.” Or as Lord Acton put it himself, “Liberty is not the power of doing what we like, but the right of being able to do what we ought.” 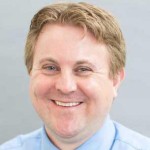