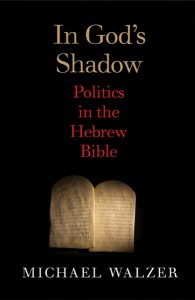 It was never my intention to try to figure out “how political institutions actually functioned in biblical times”—as Mira Morgenstern suggests I was trying to do. That is work for the historian, not the political theorist. I was trying to figure out what the different biblical writers thought about politics, which certainly includes what they thought about the functioning of political institutions. And my conclusion was that most of them didn’t think much about that subject. It isn’t right to say that I was “frustrated” by this discovery or that I saw the relative absence of engagement with political issues as a “deficiency” or that I “bemoan” that absence. I am critical, along with Avishai Margalit and Moshe Halbertal, of the way the prophets write about international politics; I celebrate the way they write about domestic society—their invention of social criticism. But mostly I just want to get at the views of these writers; I’ve even tried to be generous in my interpretations of those views, as in the chapter on the priests and on priestcraft.

I actually believe that it is a good thing for people like me, who are obsessed with politics, to study the works of writers who had other obsessions. Having other obsessions doesn’t mean that there is no engagement with politics. For example, as Morgenstern says, the histories are full of wars that aren’t holy wars commanded by God; the prophets disapproved of some of them for that very reason. But there is no discourse on war, no sustained interest in when they are fought or how they are fought—or with who makes the decision to fight them. One of Morgenstern’s strategies in addressing these questions is to look ahead to the rabbinic commentators on biblical texts—as when she invokes the idea of a milhemet reshut (an optional war), which is a rabbinic, not a biblical idea. The biblical writers did not produce categories of that sort.

Nor do I think that it is right to say that the book of Judges contains “a series of wide-ranging deliberations on monarchy.” There is Gideon’s refusal of the crown on his own and on his son’s behalf, but there is no response to his refusal, nothing that could be called a deliberation about whose rule is just or right. We can speculate about what the writers of the various stories in the book had in mind, and about what the editors of the book had in mind, but they certainly don’t tell us what they had in mind. “Deliberation” implies argument, discussion, the consideration of options, the weighing of goods and bads, and there is nothing like that in Judges. One can indeed construct a discussion of that sort out of the stories, but that would be a modern construction. The hard question is: Why is there no ancient construction?

Human choice certainly figures in the text—beginning with Eve’s choice in the Garden—and Morgenstern describes important political choices, like Saul’s and Esther’s. And I agree with her on the contemporary importance of the question: Does religion destroy political freedom, the possibility of collective choice? One could answer that question in very different ways, with supporting biblical citations. But I don’t think that the biblical writers ever actually address the question.

Walter Brueggemann suggests that I “lack agility about the way in which the agency of God works in the imagination of ancient Israel.” He may well be right; I have always thought of myself as theologically tone-deaf. But I don’t intend an “irenic echo” of Stalin’s question about the Pope’s divisions. I do recognize the central role of God in the biblical writings. He is the lawgiver, the covenant partner (that word isn’t quite right, but it will do for now), the voice that “calls” the prophets and mandates their call to all the other Israelites to act justly in the world. He is also “ish milhamah,” man of war, Lord of Hosts, in whose name the prophets criticize not only the military but also the diplomatic efforts of Israel’s kings. I take that message—stand still, be quiet, have faith—to be anti-political, a denial of the value of human foresight and sagacity. I am more sympathetic to the popular Protestant response to that position (from World War One): “Praise the Lord, and pass the ammunition.” But I can’t find anything like that attitude in the biblical texts.

Were the prophets capable of “prudence and calculation”?  The answer must be yes, sometimes. Given the power of their poetry, the skillfulness of their rhetoric, they must have thought long and hard about the effect they wanted to have on their audience—when to talk softly, when harshly, when sweetly. But I can’t find evidence of explicitly political calculations. They demanded that every Israelite act justly in his or her place. But how that justice might be enforced, what kind of institutions it requires, how those institutions might be established, who is responsible for establishing them, what ought to be done right now—these just aren’t questions that engaged their attention. Are they peculiarly modern questions? I don’t think so. To assume that they can have only secular answers—that might be a modern position. But that isn’t my position in the book. Instead, I am trying to understand why religious Israelites were not engaged by them. Certainly, there was a practical engagement with these kinds of questions by the kings and their advisors. But this was a practice strangely devoid of doctrine.

Alternatively, there are many doctrines—two covenants, three law codes, many prophetic voices, wise men of different sorts, and competing groups of priestly writers. Yes, all that, and one could say that pluralism itself is a political statement. But how the plural parts stand vis-à-vis one another, how coherent policies are produced from their cacophony, and who participates in the production—again, these are not biblical questions. Why not? That is one of the questions, perhaps the central one, that motivates my book.

One thought on “RTD 3: Michael Walzer Responds to Bruggemann and Morgenstern”