The question I would like to pose this week is whether a theophany of the kind that we find in Job 38 would satisfy people—the aggrieved, the hurting, the oppressed, the battered—as a response to political tragedy.

38Then the Lord answered Job out of the whirlwind:
2 ‘Who is this that darkens counsel by words without knowledge?
3 Gird up your loins like a man,
I will question you, and you shall declare to me.
4 ‘Where were you when I laid the foundation of the earth?
Tell me, if you have understanding.
5 Who determined its measurements—surely you know!
Or who stretched the line upon it?
6 On what were its bases sunk,
or who laid its cornerstone
7 when the morning stars sang together
and all the heavenly beings shouted for joy?

What comes to mind when you hear the phrase “political tragedy?” Slavery? The Beirut port explosion of August 4, 2020 and the overall demise of livable life in Lebanon? A years-long health crisis in Venezuela? Avoidable, unnecessary mass starvation in Yemen? The shattering of professional and educational freedom for Afghan women overnight? The despicable detention of Uyghurs? Unjust causes of and responses to Hurricane Katrina? The closeness but ultimate failure of responsible climate policy in the U.S. in the 1980s? One is bombarded with examples of unjustified, untenable suffering.

The question I would like to pose this week is whether a theophany or divine appearance of the kind that we find in Job 38 would be sufficient for people—the aggrieved, the hurting, the oppressed, the dispossessed, the battered—as a response to political tragedy. Would another divine descent in a whirlwind satisfy? Are we able—wise enough?—as Job was to be awed and shut up?

The story of Job is by and large a story of personal suffering, the incomprehensible loss that one highly successful, highly conscientious individual, a non-Jewish everyman, faces. After chapters of turmoil and questioning, Job is famously rebuffed when the LORD appears out of the whirlwind, pointedly reminding Job that the divine power of cosmogony does not rest with him: “Where were you when I laid the foundation of the earth?” (Job 38:4a). The truth is as implicit as it is clear. Job was nothing, was nowhere at that moment. Complaint eviscerated. Case closed.

However surprising a response to suffering the appeal to the birth of morning stars is (Job 38:7b), in the story of biblical wisdom literature, God’s rejoinder to Job more than suffices; it silences Job, who repents in dust and ashes (Job 42:6). The LORD stands self-justified in terms larger than the scope of Job’s life or suffering.

Job 38 (and, with it, Job 39) puts a strong emphasis on divine power. In the triangle of tension that wrongful suffering suggests between divine omnibenevolence, omnipotence, and omniscience, Job 38 sides forcefully with divine omnipotence. The divine might evinced in bringing the created order into existence serves to make God’s will inscrutable. Omnibenevolence is, temporarily, out of the theodical question.

Would this story scale up? Would it speak to a world full of Jobs today? Would God pose the same questions or catch the plaintive plaintiffs off guard in other ways?

Let us allow our political imaginations to wander: What would it look like for a people group or a collectivity of people groups to confront God as the Absolute Power, to summon God to court, only to be confronted in turn with such appeals to infinite knowledge and the force of creation?

If the words of Job 38 do not stretch from the personal to the political, from the ancient to the current, then an adaptation of the divine speech is necessary. But how would the text be re-envisioned for a politically minded, postmodern telling of Job?  How would God’s response be fitted to a new theodicy—a class action suit, of sorts? And, more pointedly, what would constitute a wise human response to God in that instance?

For all of our progress and prowess in the intervening centuries between the received and imagined writings, who is able to venture an answer to God’s inquisitions, “Who determined [the earth’s] measurements—surely you know! Or who stretched the line upon it” (Job 38:5)? We were nothing then, we were nowhere. Only Wisdom herself was joyfully present (Proverbs 8:28–31).

It is difficult to imagine any sort of response satisfying the suffering masses today. Contemporary readers probably would expect emphasis to be on love or at least lovable animal imagery instead—more comforting lambs and cute bunnies than cruel, unwise ostrich mothers that allow their unhatched eggs to be trampled upon (Job 39:13–18).

For that reason, a twenty-first-century retelling of Job might do away with the divine discourse of Job 38–39 altogether, shaped by a sentiment that strains for justice by replacing divine descent with earthy, creaturely powers. In this hypothetical epic, I could imagine the pathos of the people, the distraught West Africans, Lebanese, Yemenis, Venezuelans, Afghans, Uyghurs, Americans, and creatures as they groan, waiting for redemption, rising up to form their own whirlwind. Rather than God coming down in a tempest, a creative forcefield would emerge from amongst the broken pieces of the earth, a surviving sum larger than its despairing parts. An apotheosis, even.

Human defiance might be the expected or even celebrated response among some today—rather than something regrettable to be eschewed, the new goal. Such a tactic might substitute anthropodicy (justification of the ways of humanity) for theodicy. How sufficient is this approach? More to the point remembering that the Book of Job is a piece of wisdom literature, is the sentiment wise?

The thought experiment gives rise to various stances depending on how one understands the nature of wisdom (then and now). Here are two contrasting views among the possible positions.

If the locus of judgment rests with human beings, then a wise response to historical or contemporary political suffering may be the escalating fury and chaos unleashed by the people’s tornado—apart from or in opposition to God.

If, however, wisdom was and is mute submission to and acceptance of divine mystery, then human beings should be prepared to receive any justification (cosmogonic or otherwise) from God. On this understanding, the failure to respond as Job did in abject humility to a theophany would yield only more frustration. Then, we would be like Job in suffering but not like Job in restoration.

Among the seemingly intransigent questions that remain—of biblical interpretation, political relevance, existential meaning—we are pushed back upon one that is at the heart of Job 38: how does wisdom intersect with suffering? Perilously, the first thing we need to answer that is, à la Proverbs 4:7, wisdom. 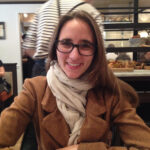 Heather C. Ohaneson holds a Ph.D. in the philosophy of religion from Columbia University. She currently serves on the Executive Committee of the Political Theology Network.