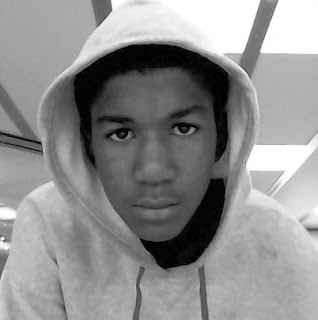 …today, the fact that the family and supporters of the family of Trayvon Martin are looking for relief to a justice system that has historically discriminated against African Americans seems naïve and idealistic, if not fully wrongheaded.  But I think the greatest disappointment will come from the hope that the judicial system could actually provide justice.

Sadly, that has come to pass, and with many African Americans, restorative justice practitioners and Christian radicals alike should not be surprised.

After seeing the news yesterday morning, a Sunday, and grieving, I turned to last week’s lectionary texts for devotional reading and was immediately floored when God put Psalm 82 before me. It’s worth quoting in full:

God has taken his place in the divine council; in the midst of the gods he holds judgment: “How long will you [i.e. the gods] judge unjustly and show partiality to the wicked? … Give justice to the weak and the orphan; maintain the right of the lowly and the destitute. Rescue the weak and the needy; deliver them from the hand of the wicked.”

They [i.e. the gods] have neither knowledge nor understanding, they walk around in darkness; all the foundations of the earth are shaken.

I say, “You are gods, children of the Most High, all of you; nevertheless, you shall die like mortals, and fall like any prince.”

Rise up, O God, judge the earth; for all the nations belong to you!

In chapter five of Branson Parler’s Things Hold Together: John Howard Yoder’s Trinitarian Theology of Culture, Parler lays out Yoder’s robust theology of “the Powers” or “the principalities and powers” as Paul refers to them in his letters. Parler summarizes:

…for Yoder, institutions are not merely empirical or merely visible or public. Every institution and every political and cultural practice concentrates and suffuses power—a power that enables humans to serve God and empower one another or a power that attempts to supplant God with idols and overpower other humans and creation. (p. 137, emphasis added; also c.f. Walter Wink’s many writings on the topic; also see Richard Beck’s amazing “Warfare and Weakness” series on Experimental Theology)

Yoder’s “Powers theology” has become influential in my own thinking in recent years, so it shapes how I read the psalm above. We get the picture of almighty God sitting in a divine council, judging (negatively) “the gods”/Powers for miscarrying justice by failing to “maintain the right of the lowly and the destitute.” The psalmist then makes the rather daring claim that these supposed “gods” are no less creaturely than humankind and will perish like us. This is dynamite political theology, folks, and it’s arc is bent toward justice! So about these “gods”…

The United States and its legal and justice systems are Powers, and these Powers are just as fallen as the human beings who created them, and seen theologically they are more than the sum of their human parts. They are capable of doing good, but they are just as capable of doing great harm. (This means that the state isn’t necessarily, categorically “evil,” as some accuse Yoder of saying.)

Likewise, the ideological construct of race and the existence of racism is a Power. And Powers collude…

From my recent reading of Michelle Alexander’s The New Jim Crow, I am convinced that this nation is 1) still deeply racist and 2) that racism has been inscribed into this nation’s justice system. Additionally, as Stanley Hauerwas has often argued, the United States is a society obsessed with death and finding ways to cheat it. (His familiar refrain: “Does anyone really think we’ll get out of this alive?”)

This death obsession shows up in myriad ways, but I would argue that Florida’s “stand your ground” law for firearm-carrying citizens is born out of this obsession/fear of death (to say nothing about the phenomenon of citizens carrying concealed firearms…). “Stand your ground” is the law that exonerated George Zimmerman from any wrongdoing in his shooting and killing of another human being, but it is a law that, when seen theologically as a Power and colluding with the Power of racism, is as deadly as it is unjust. This case is a macabre parody of God’s compassionate justice.

In their book, Christianity, Democracy, and the Radical Ordinary, Rom Coles and Stanley Hauerwas state that “Race is, for us (and, we believe, for America), the fundamental challenge” (13). Indeed. But they go on to argue that radical ecclesia and radical democracy (and I’d throw restorative justice in there!) each hold that “other worlds are indeed possible” (9) and that each must draw on the resource of hope: “There is a strong relation, we believe, between hope and imagination” (8) – and it takes imagination to 1) even see the fallen Powers that animate our world, powers in which we are caught up; and 2) to imagine and then enact alternatives to such fallenness and seemingly hopeless tragedy.

These three – radical ecclesia, radical democracy, and restorative justice – are each visions that offer powerful and transformational alternatives to the state’s justice. It is the Christian confession that the church is called to be a peculiarly weighty site of God’s compassionate justice, the reconciliation of all things unto Christ.

In their book, Hauerwas and Coles narrate and reflect on powerful stories of those who have stood up to and sometimes even triumphed over the Powers (even if that triumph is martyrdom), and invite us to explore resources for:

the emergence of a multitude of peoples enacting myriad forms of the politics of the radical ordinary in ways that, first, displace and relocate our human efforts to tend to each other in our commonalities and differences away from the megastate and corporate power; and, second, struggle (with intransigent suspicion) to radically transform these powers – where we cannot entirely displace them – so as to make them increasingly responsive to the pressures of people cultivating knowledge, power, and hope through relationships of everyday attentive reciprocity. (8)

May it be so. And for Christians, may it be so in the power of God’s radical enlivening Spirit!