Why is it interesting to put the word “political” next to the word “theology”? And what do early and medieval Christian authors like Meister Eckhart, John Cassian, and Thomas of Cantimpré have to do with either?

Why is it interesting to put the word “political” next to the word “theology”? And what do early and medieval Christian authors like Meister Eckhart, John Cassian, and Thomas of Cantimpré have to do with either? Entertaining these questions requires one to unpack first, the misconception that we can distinguish the political from the theological, and then secondly, unpack the collapsed understanding of time and space that this misconception causes.

To craft a common experience, political leaders govern over religion through a revision and reapplication of religious themes in the name of politics. In this process of secular nation building, state actors who assume themselves to be secular reduce religion into a duality: while on the one hand there are Christian religiously infused beliefs of community, sovereignty, solidarity, and exceptionalism which are construed as secular and thus politically acceptable (the U.S. as a City Upon a Hill, for example), on the other, beliefs that do not square neatly with the nationalist agenda are dismissed as “religious,” that is, “primitive,” “medieval,” or “backwards.” According to anthropologist Talal Asad’s 2003 Formations of the Secular: Christianity, Islam, Modernity, secular nationalist narratives yield more than a false bifurcation of secular and sacred, or political/theological. Secular nationalist narratives that assert difference between politics and theology also depend upon a collapse of otherwise intricate conceptions of time and space.

As Asad explains, in nationalist narratives, “the complex medieval Christian universe, with its interlinked times (eternity and its moving image, and the irruptions of the former into the latter: Creation Fall, Christ’s life and death, Judgement Day) and hierarchy of spaces (the heavens, the earth, purgatory, hell), is broken down by the modern doctrine of secularism into an assumed duality” (194). A world of self-authenticating things in which we really live as social beings takes its form (the political) over and against a religious world that exists only in our imagination (the theological) (194). In this way, Western European Christian nation building engenders a false binary of secular and sacred whereby the interlocking temporalities and overlapping spaces of the Christian medieval past are flattened in service of national control.

If, as Asad claims, the modern doctrine of Western secularism collapses the complex medieval Christian world of interlocking times and overlapping spaces into a modern dualism of “secular” and “sacred,” in which the sacred is the past and the secular is the present, then studying Early and Medieval European Christianity is like conducting work in the ruins of this collapse. Or it is like attempting to grapple with the Butlerean “archaeological remainder” of a nation’s unresolved grief. It is not to trace a lineage of a mythical power of a white European past in order to repatriate outsiders and assert nuclear familial traditions, permanency, and homogeneity through a misconstrued-as-shared history (i.e. what Bernard Wall praises as the “herald of a New Middle Ages,” that is “Fascism”).[1] But it is–maybe–like standing at the margins of this version of history and finding that one belongs to the loss at its center.

To this end, I am excited to introduce the dialogue that follows between Niki Kasumi Clements, Alex Dubilet, and Rachel J.D. Smith, inspired by each of their recent books on early and medieval Christianity, for each author in different ways centers a reading style open to the claims their texts make on the present. Allowing unwritten gestures, paralipsis in speech, overlaps in thought, entangled relations, and recommended tactics for cultivating “fiery prayer” and “purity of heart” (which are actually cultivated through very ordinary acts of living) to foreground their work, the authors in this conversation bring life to their sources. Important to this reading process, especially for Clements and Smith, is locating medieval interlocutors in the particularity of their early and medieval contexts ­– which are much different from ours. Building out rich historical worlds for their sources, they humanize or give bodies to the voices of Asad’s “interlinking times” and “hierarchies of spaces.” In so doing, they facilitate affective ties not despite but through that which makes medieval authors and their relational worlds “past.”

More specifically, in Sites of the Ascetic Self: John Cassian and Christian Ethical Formation, Niki Kasumi Clements explores the Institutes and Conferences of John Cassian as texts that open out into contemporary possibilities for cultivating selves in uncertain times (5). Understanding the will as “occupying an intermediary place between the flesh and the spirit, neither fully autonomous nor fully determined” with Cassian (155), and pushing back against a Cassian-as-told-by-Foucault, Clements offers to her readers an intricate understanding of agency and ascetic practice. According to Clements’ reading of Cassian, our desires always exist in relation to the goods of the communal body (154). Thus, while cultivation of a self who is accountable and responsible for one’s others is a goal, self-mastery is neither desirable nor tenable, for the sites of self-formation do not exist along clear lines of internal (self) and external (other) but rather are syncopated by––though not necessarily always in sync with––one’s society (156). “Autonomy is never the goal” for Cassian.  Through a vivid portrayal of the interlaced relational world of Cassian and his interlocutors like Abba Moses, Abba Germanus, and their readings of the desert fathers such as Anthony the Great, Clements highlights how “interdependence and interrelationality remain basic to the formation of subjectivity and the ascetic profession alike” (155).

In The Self-Emptying Subject: Kenosis and Immanence, Medieval to Modern, Alex Dubilet reads the theology of Meister Eckhart insofar as it provides an alternative to the ethical paradigms of a. crafting the self as a subject with power (a Foucauldian paradigm), and of b. breaking the self in order to counteract a disavowed relationality dependent upon the constitution of a transcendent other (a Levinasian paradigm) (14-15). Reading Eckhart’s writing as less of a theological “ought” and more of a lexicon that offers theoretical insight, Eckhart according to Dubilet replaces the too-often made correlation between finitude and transcendence with a logic of immanence (46). Before there was the self and other, there was dispossession, a life without a why, which precedes and exceeds me, Dubilet explains (15). According to Dubilet, this life without a why is something to which we can conceptually consent. In this sense, self-emptying is not something to be possessed, nor is it work one may conduct in order to merit a heavenly reward. Rather, it is an abandonment of the primacy of the subject as a locus of life (17). The question that follows, and the one that I understand both Rachel J.D. Smith and Niki Kasumi Clements to pose in different registers to Dubilet is this: What is the way behind a life without a why? How do we do why-less-ness? And who, both during and before Eckhart’s time, are already doing it?

In Excessive Saints: Gender, Narrative, and Theological Invention in Thomas of Cantimpré’s Mystical Hagiographies, the hagiographies of Thomas of Cantimpré (ca. 1200-1270) shift in Rachel J.D. Smith’s telling from litmus tests for reading dominant tropes of medieval misogyny, to inventive stories through which readers are affectively tied to their author. In his process of writing––or writing about how he cannot write the saintly subjects of his books––according to Smith, Thomas engenders his own votive offering by “enacting in a hagiographical context what is elsewhere thematized––union with the unspeakable godhead” (159). Reading beyond easy dismissals of Thomas as a medieval misogynist, we see in his writing a man’s experiences of resistance, excitement, pleasure, and uncertainty engendered by the subjects of his text. Highlighting Thomas insofar as he allows himself to be invented and unraveled through his theological project (7), Smith, to borrow language from a recent review by Patricia M. Zimmerman, invites us to experience Thomas’ writing as “less a portal to a historically interesting past and more a vivid, living, affective performance on readers of any era.” Following, moved as we move through Thomas’ text, Smith invites us to  wrestle with questions about who moves us and why. That is, whose internal complexities­ do I have access to when reading Thomas’ writings about saints? With whom does he make it easy for readers to connect? From whose internal states do I feel at a distance? And what does this distance say about Thomas? About me as a reader of his text? Working in the spaces between Thomas, his saints, herself, and us, these are some of the questions Smith invites readers to take up.

To attend to the writings of medieval authors, to do so with one’s finger on the pulse of twentieth and twenty-first century conversations of critical theory, and to let both of these make claims upon oneself is to work in the wound of our modern political landscape, which is the womb of the sacred from which the secular is never wholly distinct but from which it takes its ground, and to acknowledge that this wound has always already been part of and tied up with oneself, unraveling notions of “the self” as anything less than in porous relation to the other, what adrienne maree brown calls “fractal,” “self-similar and infinitely complex across different scales of place,” present, but also entangled with a past that implicates the future depending on how we read it.

[1] For a nuanced articulation of Medieval Catholicism as it was referenced to stoke movements of the Far-Right in twentieth century Western Europe, see Brenna Moore’s recent book, Kindred Spirits: Friendship and Resistance at the Edges of Modern Catholicism (Chicago and London: Chicago University Press, 2021), 13 and 126-138. 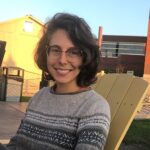 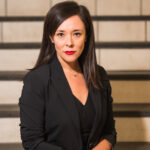 Between Excess and Emptying

Whereas Smith’s work on excess refuses metaphysical or conceptual capture, Alex Dubilet expands the philosophical logic of excess as undergirding a critical praxis. 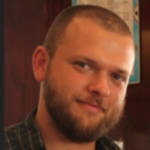 All three texts concern lives: the formed life, the deformed life, and a life without a why – a useless life freed from subjection to transcendence. 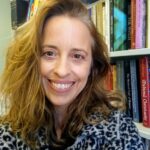 Is it possible to consider an askesis of otherwise imaginaries without falling prey to the ascetic ideal?