It would be a mistake to suggest that the apocalyptic is just one thing. It is a fecund tangle of symbols, practices, beliefs, and narratives. Yet, as the catastrophes of our times confound our capacities of narration, there may yet be resources in these troubling archives of worlds’ end.

How do we narrate the end of the world? Post-colonial theorists, radical historians, afro pessimists, and critical indigenous thinkers have lately turned to the provocative, excessive, and dangerous language of apocalypse to name the planetary, attritional, racialized crises that humans are now living through. Historian Gerald Horne, for example, names settler colonialism as an apocalypse. Potawatomi scholar Kyle Powys White has argued, “in the Anthropocene…some indigenous peoples already inhabit what our ancestors would have likely characterized as a dystopian future.” Apocalyptic visions have at once fuelled settler conquest and native resistance. Speculations about the end animate both climate activism and climate deniers. This symposium aims to bring these ambivalent critical discourses into dialogue with scholars of ancient apocalyptic literature from the Jewish and Christian scriptures. In it, authors explore why the apocalyptic provides such an attractive semiotic lexicon, how it might have promising resources for political theologies in the face of crisis, and the limits and dangers of the apocalyptic lexicon for emancipatory political projects.

John Collins explores the end of the world in the ancient genre of apocalyptic: texts describing end times that arose from socio-political events. Collins is rightly credited with authoring the definition of the genre “apocalypse” in biblical studies. In this essay, he emphasizes that in Jewish and Christian apocalypses ‘destruction is never the last word.’ Beyond the vivid imagery of cataclysm and ending there is (nearly) always a proclamation of unfailing divine sovereignty, a new age, and a new creation.

In complementary fashion, Catherine Keller re-reads Revelation – the Apocalypse of John – in the midst of current socio-political events surrounding climate crisis. In her essay she draws on her recently published book Facing Apocalypse, which in turn builds on a series of studies engaging the ambivalent power of the apocalyptic. She notes the apocalyptic tones present in both conservative denials of climate change and liberal nihilism in the face of climate catastrophe. She resists both narratives, facing the devastation of the Anthropocene head-on while, like Collins, not allowing devastation to be the last word.

An interview between Andrew Santana Kaplan and Kyle Lambelet troubles recourse to new creation beyond apocalypse in reflections on the ontological catastrophe of anti-Blackness, tracing resonances in Afropessimism with theological concepts, including the katechon of Second Thessalonians, original sin, the messianic, and apophaticism. Beyond unveiling, they presses the conversation toward unsaying, unwriting, unlearning, and even uncreation.

Turning to contemporary communities as a revelatory source, Jacqueline Hidalgo reads contemporary Latina texts as revisions and significations of apocalypse, situated at the intersections of the catastrophes of patriarchy and colonialism. She highlights the contestation of truth in the face of catastrophe, resisting the easy delineations between good and evil, and neat endings which characterise dominant employments of apocalyptic, and describing apocalypse as a ‘temporal fugue’ which recurrently disrupts finality.

Natalie Avalos carries forward this thread by considering contemporary indigenous employments of apocalyptic which stand apart from colonialist Christendom imaginaries of time, viewing the dystopian future of climate crisis in relation to the dystopian ‘future’ already inhabited by indigenous communities after colonialism. Non-linear temporalities and non-exploitative ecologies stand as both unveilings of the catastrophes of colonial harm to peoples and lands as well as revelations of how a new world can arise when we ‘return to ourselves.’

Finally, Kyle Lambelet proposes an apocalyptic reading of the just transition framework for addressing the climate crisis. Doing so, he argues, might allow us to better attend to the disproportionate impact of fossil fuel exploitation on communities of color. Noting resonances between theological apocalyptic and a just transition, he also recognises that frontline and fenceline communities must ultimately govern their own narratives of journeys into and out of climate catastrophe.

Across these essays, we see the ambivalent power of the apocalyptic at work. It would be a mistake to suggest that the apocalyptic is just one thing. It is a fecund tangle of symbols, practices, beliefs, and narratives. Yet, as the catastrophes of our times confound our capacities of narration, there may yet be resources in these troubling archives of worlds’ end. 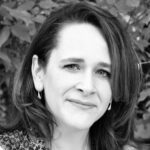 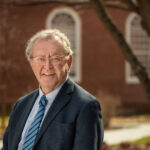 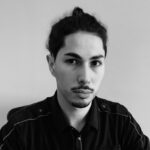 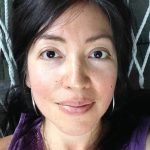