“Christianity redounds to its own political economy, first by making economy a general feature of creaturely existence and second by relating the kingdom of God to the economy of God, speaking of God’s reign as God’s grace. Racism and racial capitalism—epitomized but not exhausted by white supremacist Christian religion—are distortions of God’s kingdom and economy, rejections of divine rule and divine desire” (Asian Americans and the Spirit of Capitalism, 15).

Jonathan Tran’s thought provoking and challenging book, Asian Americans and the Spirit of Racial Capitalism (Oxford University Press, 2021), confronts the two leading paradigms for addressing racism in the US context—identarian antiracism or postracial color blindness—and finds them both lacking. In their stead, Tran offers an analysis of the political and economic forces that generate racialization to argue that, “a political economic approach better understands and better liberates those oppressed by racial capitalism” (19).

Tran’s book aims to introduce something both novel and beneficial to the complicated national dialogue on race and racism by moving beyond the dominant black-white binary that has dominated the conversation to date. By making a Christian theological framework integral to his analysis of the politics and economics of race and racism, Tran seeks to overcome and replace the exclusionary nature of racialized identity politics with a “coalitional solidarity” grounded in the divine economy “where individual desire and communal flourishing serve one another” (19). At its core, it offers a Christian vision of a radically different politics and economy as an alternative narrative to the dominant racial capitalism, which stands or falls on the ability of the ecclesia—the community of those called and set apart by God—to remake the world in the image of God.

Racial identity as a source of cultural, political, and personal pride predates the North Atlantic slave trade; therefore, racial identity must be part of the calculus when articulating a theological anthropology. 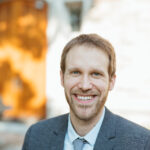 Attuning the Church, Debating What Lies Beyond Racial Capitalism

The true gift Tran has given us is a theologically provocative understanding of the church as a certain kind of deep economy. I will be thinking with it and learning from it for a long time. 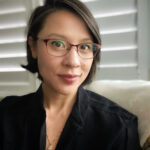 The reality into which we are called to participate, to embody, and to invite others is profound in that it promises to create the very sociality for which we long. It promises to establish the Kingdom of God that is not yet our everyday reality and, at the same time, is present to us in certain spaces and in moments of profound connection. 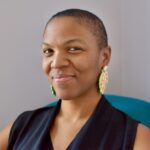 The Durability of Whiteness

I interpret the questions put to my political economic approach like this: While Tran’s racial capitalist emphasis on structures and systems seems mostly correct, rightly deflating individualists/personalist (“identarian” as I say in the book) accounts of racism and accordingly moving the conversation forward, it misses something crucial.

Racialized white identity no doubt exerts enormous power, but that power and its meaning are hardly unchanging and self-interpreting. In our desire to disabuse whites of power we should weary of reifying white racial identity as something that determines history without answering to it.