I would venture to guess that the term “curative eschatology” is more unfamiliar than the concept itself, which describes the collective desire for bodies and minds to be made unblemished in a projected future. Yet before wandering too far down this trail, it is perhaps best to address an antecedent question: why put Critical Disability Studies (CDS) and Political Theology (PT) into conversation?

CDS has come of age in the past fifteen years. Born in the 70s from the struggle for civil rights, CDS has always been a joint academic and activist project. And like other offshoots of critical theory informed by and responsible to lived experience (e.g. feminist, de-colonial, or queer theory), CDS is best understood as praxis—an ongoing practice of lived critique that hacks at sedimented boundaries and concepts in order to rethink what is possible. Why, we might ask, is Western society so tied to models of disability that pathologize singular relations and individualize structural issues? How do such horizons preclude receptivity to embodied difference? How, in turn, might our obsession with fixes entrench a future too narrow for life to flourish?

PT is likewise constituted along its unstable boundaries. As a confederation of two disciplines, two methodological commitments, two rough objects of study, PT is by definition open to intervention along both its axes. Questions like “What gets to count as theology?” or “Who gets to count as a theologian?” that might stress capital-T Theology (a true engineering marvel) are the cracks in which PT thrives.

If CDS and PT make good interlocutors, the curative imagination and the eschatological imagination offer a shared entry point. Note first that while “cure” refers to the many practices intended to restore disabled bodies and minds to an original state, “curative,” as Alison Kafer explains in Feminist, Queer, Crip, depicts a system of compulsory cure that “not only expects and assumes intervention but also cannot imagine or comprehend anything other than intervention” (202). The curative imagination is, in so many ways, a failure of imagination. In turn, eschatology refers to the doctrine of “last things.” Within many religious traditions, this includes doctrines of death, Final Judgement, afterlife, and the renewal of creation. And many, though of course not all, eschatologies draw upon and extend a curative imaginary to write disability out of the story altogether: imagining a world set to rights by a transcendent power to be a world without suffering and thus without disability.

Both the curative and the eschatological describe messy orientations to the future; they are vehicles for collective desire and fear that cannot but spill from life into death and everywhere else. Having sketched in a definition of curative eschatology, I offer two reasons why this concept deserves consideration—two provocations for this symposium.

1. The curative and the eschatological imaginations both figure the other in ways we ought to notice. In 2015, 84% of the global population (~six billion people) identified as religious, while, in 2011, 15% (~one billion people) were disabled. Both numbers continue to rise such that, from a perspective of disability justice, the religious motivations around and feelings about disability held by six billion people matters! The goal here, in general and in this symposium, is not simply to interpret curative eschatology. With Marx, “the point is to change it” (Theses on Feuerbach). Collective desire, and the worlds in which it unfolds, is never immutable. Thus, rather than seeking curative interventions (either biotechnological or divine) that conform bodies to standards of normalcy, both CDS and PT would have us return to the question again and again: what might it mean, as McRuer asks in Crip Theory, to “shape worlds capable of welcoming the disability to come?” (207). This question ought to disturb and unsettle eschatological imaginations since, as Charis St. Pierre offers:

Charis St. Pierre, “Disability Theology: When Miracles are Part of the Problem”

Moreover, in mapping the terrain of curative eschatology, it is important to remember that curative and eschatological imaginations collide on both “religious” and “secular” territories. To the latter concern, Paul Virilio writes in The Original Accident that “political ecology cannot long go on sweeping under the carpet the eschatological dimensions of the calamities caused by the positivist ideology of Progress” (11) and warns of “eschatological calamities” on the biotechnological horizon. Perhaps one task of this symposium is to un-sweep the floor and examine the litter. We simply do not know what eschatological calamities might result from the big business of pharmaceuticals, advanced prosthetics, or genetic engineering.

In certain regards, transhumanism can be read as a secularization of religious hopes that reach toward an afterlife without pain or suffering—a world purged, finally, of evil. In her essay, Devan Stahl explains that transhumanists partake in the eschatological imagination insofar as they seek to overcome human “limitations” like disease, disability, species-typical capacities, aging, and even death using a host of biotechnologies. Secular and religious versions of curative eschatology (for example, transhumanism and Christian fundamentalism) enact their ableist desire quite differently, yet long together for a posthuman state of similar dimensions—a being purified of blemish. Such connections make it crucial to attend to relays like those between biomedical and religious despair.

Moreover, transhumanists indeed secularize a religious eschatological desire if we employ Charles Taylor’s definition of modern secularization from A Secular Age: “[T]he rejection of higher times, and the positing of time as purely profane” (195). Within premodern cosmologies, ordinary or profane time was shot through with time of a higher dimension: the eternal or the sacred. At certain moments, in certain places, and with certain rituals, sacred time would interrupt ordinary time. This notion of sacred time is what Caroline Lieffers and Chelsea Chamberlain suggest can be enacted within “crip time.” But, as Taylor explains, secularization rejects a cosmology with higher time for a universe of endless, ordinary, time. It is such that secularized eschatological hope only stretches along a single temporal dimension, which makes the transhumanist dream of immortality one utterly profane and imbued with a type of existential despair born from failed mastery.

And yet, despite its heuristic value, I hesitate to plot transhumanism on the “secular” side of curative eschatology and, for example, Christian fundamentalism on its “religious” side because definitions are slippery. It might be, as Ada Jaarsma invites us to consider with Kierkegaard in Kierkegaard After the Genome, that the distinction between secular and religious does not turn upon belief in a transcendent power but rather describe modes of existence: the religious depicts passionate engagement with existence that sparks new modes of becoming; the secular, spiritless indifference that levels existence to pre-set orders and universal norms (56-7). The religious would thus not be a territory gerrymandered by creed or cleric, but a cut that flows through every congregation and opens unexpected horizontal alliances.

2. The contestation over terms leads to the second provocation for this symposium: if eschatological lines of flight propelled by affect like hope and fear diverge, and sometimes greatly so, how do we navigate these differences here, now, in the twenty-first century? To get any purchase on this question, I suggest we need to push beyond the liberal doctrine of tolerance and search, alongside people like William Connolly, for an “ethos of deep pluralism” where, as he writes in Pluralism, “the idea is not to rise either to one ecumenical faith or to a practice of reason located entirely above faith, but to forge a positive ethos of public engagement between alternative faiths” (2005, 48). This symposium itself rings with ethico-political difference and stages possibilities to forge a positive ethos of engagement. To note just one axis of difference, my essay engages the heterodox Western tradition of what Connolly calls positive belief in the “immanence of the world” while the other two engage the orthodox belief in “transcendence over the world” (46). In this space, Connolly would invite us to discussion “marked by agonistic respect between the partisans, with each set acknowledging that its highest and most entrenched faith is legitimately contestable by the others” (47). The recognition of comparative contestability is hard work with no guarantee of success, especially when curative eschatology is on the table, and yet is the shared basis from which a plurality of people might think and work together.

My hope is thus that readers find and sit with concepts in these essays that both resonate and dissonate with their own experience. There is plenty of resonance and dissonance to go around. In “Cripping the Kingdom,” Devan Stahl invites us to consider the prosthesis as a site for disability justice that can retune and recharge the Christian eschatological imagination. In “From Perfectly Safe to Palliative Care: Disability Justice after Eschatology,” I (Joshua St. Pierre) reflect on the existential movement from belief grounded in transcendence over the world to belief grounded in the immanence of the world and relations of mutual care. And finally, in “Crip Time, Sacred Time, and Holding History,” Caroline Lieffers and Chelsea Chamberlain ask us to reimagine sacred time and crip time as mutual infoldings that the practice of history can hold open and maintain. 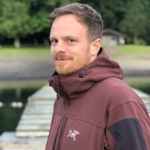 Joshua St. Pierre is Canada Research Chair (Tier 2) in Critical Disability Studies and Assistant Professor of Political Science at the University of Alberta. Working at the intersection of critical disability studies, contemporary political theory, and feminist theory, his research focuses on the interplay of communication and disability within information societies. He has published on the phenomenology of dysfluency, the history of Speech-Language Pathology, as well as eugenics and feminist theory in venues such as Hypatia, Foucault Studies, and The Journal of Literary and Cultural Disability Studies. 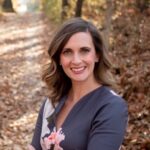 The very characteristics that disabled people value about their embodiment are targeted as bodily states that will be ‘fixed’ in the resurrection. If the Kingdom of God is a place that eradicates disability, however, it may also eradicate our hard-won disability pride.

From Perfectly Safe to Palliative Care: Disability Justice after Eschatology

Scratch beneath the surface, and eugenic logic flows deep and wide. It is one thing to be moved by pity and engage in charity, or even to be moved by justice and seek to dismantle structural barriers that impede disabled people from flourishing. But it is quite another thing to imagine . . . how and why we might “conserve” disability against the possibility of a curative future. 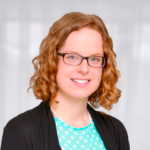 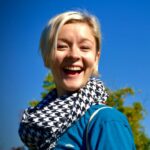 Though theologies and practices vary, many Christians commit to sacred times of relation, mutual care, and patience as a form of devotion to God’s promise of justice, believing that this promise is their work to carry out, too. In the Sabbath lives a wider, eternal perspective and sacred release from daily rhythms, obligations, and productivity, an invitation into the transcendent.