Working for toilet justice is a vivid, material, concrete way to demand space for marginalized bodies, and to resist a respectability politics that sacrifices problematic bodies for the sake of political expediency

Toilets are a tricky business—simultaneously an intensely contested political space, a site of risk and violence, and place for addressing some of our most basic human needs. This symposium uses the toilet as a concrete, material site to grapple with critical questions of justice. The essays that follow aim to enflesh questions of access and embodiment, to braid together the theoretical with the pragmatic.

To talk about toilets is to center our bodies: not just “pristine” or “cleaned up” bodies, not just the idea of the body, but the body as a material, fleshy, creaturely being. Talking about toilets means talking about bodies that defecate, eliminate, and bleed.

In contemporary United States political discourse, toilets have been a flashpoint for anti-trans policy and rhetoric—a discourse that mobilizes powerful tropes of sexual and race panic to “naturalize” certain bodies and subject others to scrutiny, violation, and violence. In this symposium, we use the toilet as a way to grapple with the material experience of marginalized bodies: to name and interrogate the links between bodily elimination and those bodies targeted for elimination.

Who has access to toilets, and how is that access provisional and policed? Who cleans toilets, and how does that reveal gendered, classed, and racialized labor? What happens when we center bathroom privileges, when we attend to the political structures and social silences that allow some of us to take the bathroom for granted.

Toilets are often used to mark out the edges of the human. In public conversations about disability, continence and the ability to toilet independently are often described as the very threshold of human dignity— a line that, when crossed, is often imagined as the end of a meaningful, dignified life.

Disability activists have refused such claims—and the way they power eugenic logic, the way they imagine disabled life as unimaginable, disabled bodies as uninhabitable, unendurable. Toilets force us to grapple with these assumptions about dignity: who has it, who deserves it, and who forfeits it. Toilet politics make plain the stakes of these debates. Dignity is not a neutral or self-evident concept. It is often a political weapon.

Consider the connection between toilets and shame. The toilet is often figured as unspeakable, the antithesis to “polite” (read white, high class or class-aspirational) company.

Consider the toilet as a symbol of a reality that must be erased. Consider the lengths to which we will go to hide the porous, fleshy body. The body that defecates and bleeds, that voids and eliminates is itself eliminated from view.

Working for toilet justice is a vivid, material, concrete way to demand space for marginalized bodies, and to resist a respectability politics that sacrifices problematic bodies for the sake of political expediency.

But toilets also showcase the difficulty of doing this work: the way in which marginalized bodies are often pit against each other. I think of the disgust with which wheelchair users often regard the stench of urine in public subway elevators, the way that sharing space with piss is treated as a sign of degradation; the way appropriate outrage about ableist architecture mobilizes resentment and violence against homeless bodies, rather than forging a broader solidarity.

Toilets—and toileting fears—can fracture our ideals, expose the fissures in our political alliances. Talking about toilets can reveal the moments where we feel and find ourselves vulnerable, anxious, and exposed. But toilets can also be a potent locus for intersectional organizing, a way to mobilize our work across movements, a way to build a world that honors the integrity of our bodies, our fleshy human selves.

In the essays that follow, several of our panelists share their remarks, together with a number of colleagues who joined the conversation during our session. We are grateful to the Political Theology Network for hosting this symposium—and we look forward to further conversation.

Look for essays in the Toilet Justice symposium to be published in March 2018. 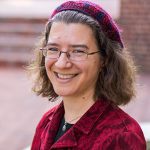 Julia Watts Belser is an Associate Professor of Jewish Studies in the Theology Department at Georgetown University, with expertise in rabbinic literature and Jewish feminist ethics, with a focus on gender, sexuality, and disability studies. Her most recent scholarly book is Rabbinic Tales of Destruction: Gender, Sex, and Disability in the Ruins of Jerusalem (Oxford University Press, 2018). She served for five years as the founding chair of the American Academy of Religion’s Committee on the Status of People with Disabilities in the Profession. 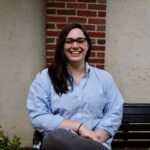