A Brief Primer on Subsidiarity

Now that the election season is over in America, it might be a good time to take a step back and take a longer, more substantive look at some of the principles of Christian social thought than is sometimes possible in the midst of soundbites and stump speeches. Given the religious makeup of the candidates at the top of the tickets, Catholic Social Teaching (CST) was the focus of some attention in the national political conversation. It’s been noted that the political overlays onto religious faith are often just as constricting and reductive as partisanship itself. As Robert Joustra has observed, “Isn’t it ironic that the ecclesial conversation is essentially a thinly-baptized version of exactly the same disagreements in the secular world, but with less technical capacity and more theological abstraction?”

This is in some sense what has happened to principles of CST like subsidiarity and solidarity. 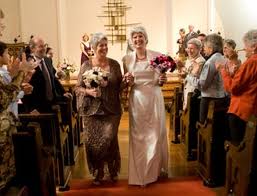 My Thomist Epiphany at a Same-Sex Wedding

Are You Entitled to Food, Housing & Healthcare? Examining the Role of Government and the Public Order