In 2017 I began ethnographic fieldwork with Christian handgun owners in the Triangle Region of North Carolina for my dissertation research. Just months after starting, news of a devastating church shooting in Sutherland Springs, Texas overwhelmed the headlines. For a church shooting, the toll was unprecedented: 26 dead and 20 wounded. Weeks later, I received an invitation to a church security seminar from a trusted interlocutor.

The seminar was held in an old Baptist church with worn maroon carpet and dust-filled light. Not unusual for me in the early stages of my fieldwork, I arrived feeling anxious, unsure about what I would encounter and whether I would be welcomed. There I found pastors and church leaders, about seventy total, experiencing an anxiety different from my own, one centered on a sense of vulnerability about their churches and congregations. Most attendees were older white men, but there were a few African American and Latinx persons present as well.

The seminar opened with a reading from Psalm 40: “I waited patiently for the Lord; he inclined to me and heard my cry…He set my feet upon a rock, making my steps secure.” The man reading the psalm leaned into the microphone for emphasis: “Jesus is the only one who can truly make us secure.”

A pastor then took the stage and asked us to think about the image of the shepherd: “What does it mean to be a shepherd in a world in which violence is all around us? What does it mean for pastors to protect the sheep of their flock?” He then turned to the image of the cross: “What does it mean to take up one’s cross, even to the point of death?” Bringing them together, he concluded: “These images capture the tension surrounding the issue of church security. This is a tense conversation for us—as it should be. Somewhere in that tension, somewhere between making our churches into fortresses and doing nothing at all, lies the right approach.”

A presentation by an insurance company followed, then another by a security firm hocking an innovative door locking mechanism, followed by a concealed carry demonstration. During the coffee break, I approached a thin, rugged man bent over a steaming Styrofoam cup. “Interesting stuff,” I opined. He turned to me, crestfallen: “It’s overwhelming,” he said. “This has just slapped us in the face.”

The place taken by guns in U.S. American life is an ironic display of American exceptionalism. The United States has, by far, the highest rate of private firearm ownership and firearm-caused death among high-income nations in the world. Further, the gridlock marking public discourse on guns shows no signs of easing despite the tragic recurrence of mass shootings in contexts formerly considered immune to such violence, from school classrooms to church sanctuaries like First Baptist of Sutherland Springs, or Mother Emanuel of Charleston, South Carolina.

While the polarization of the gun debate seems insurmountable, sociologists like Jennifer Dawn Carlson and Harel Shapira have begun attending to the lived experience of gun owners in the hopes of summoning a new conversation. Born out of the recognition that the place of guns in the United States cannot be adequately explained via statistical data—that qualitative accounts are urgently needed—these approaches aim to understand the logics of self-defense and self-preservation at play in forms of life in which guns have been incorporated.

I decided to follow suit in my dissertation research. Yet, I chose not to study handgun owners in general, but a particular species of them: Christian handgun owners. Why? Studies now indicate that gun ownership and certain forms of Christianity—namely, “evangelical” or “conservative” Protestantism—are intimately intertwined in U.S. American life. One study found that “evangelical Protestants” are more likely to own firearms than their mainline counterparts, another that “conservative Protestant adolescents” are more likely to have access to a gun in the home than adolescents of other religious traditions, and another that adherents to Christian nationalism are more likely to resist gun control legislation than Christians of differing political persuasion.

The third finding is especially significant in our current moment. As defined in the study, Christian nationalism is “a religious cultural framework that mandates a symbiotic relationship between Christianity and civil society,” one in which “guns rights are God given and sacred.” While Christian nationalism is not reducible to a particular expression of Christianity, it most commonly appears among evangelical Protestants. Given the role of the evangelical vote in the election of Donald Trump to the presidency, it cannot be denied that Christian nationalism now powerfully shapes our common life. And given Trump’s characterization of his future opponent to the presidency as one “who wants to take your religion and your guns,” it will likely continue to shape our future.

How deep is the role of guns in generating and sustaining this political imaginary? Just as the qualitative turn in the sociology of guns is a nascent development, little qualitative attention has been paid to the relationship of conservative evangelical Protestantism and guns. Given this, and given that I work at the intersection of ethnography, political theology, and Christian ethics, I felt that a theological account of guns in U.S. American life required engagement with the lived experience of Christian handgun owners. Before “coming to judgment” about this particular issue, I had to have a better sense of what was happening on the ground. Hence my turn to ethnographic method which opened up experiences like the one I narrate above.

In turning to theorize my fieldwork data, I found the work of Judith Butler helpful in carving out a space for sensemaking. In Frames of War: When Is Life Grievable? Butler distinguishes between precariousness and precarity, the former designating an ontological condition shared by human persons, the latter the differential distribution of vulnerability in particular persons and communities by “operations of power.” Via this distinction, Butler argues for the expansion of our “frames” so that they might become more inclusive of those living on the margins, those whose lives are engulfed by precarity—so that their lives might also be “grievable.” The power of this distinction is clear, particularly when considering that the majority of victims of firearm-caused homicide in the United States are young men of color, the precarity of whom is rarely foregrounded in the gun debate.

But it is worth asking whether Butler’s distinction holds up under the weight of the accessibility and lethality of modern firearms in the United States. Does precarity—“life without the promise of stability,” as Anna Tsing defines it—take on an omnipresent quality in the age of the active shooter? My interlocutors think so. While church shootings remain statistically rare, their possibility now shapes ecclesial imaginaries in radically determinative ways.

As recent headlines suggest, they will continue to do so. Still fresh at the time of writing, the West Freeway Church of Christ shooting—the six seconds, captured on video from beginning to end which left three people dead—will serve as a pedagogical tool for those tasked with providing church security in our contemporary context. This video will reinforce an already existing “imagined community,” one whose “horizontal comradeship” is sustained not by print-capitalism but the viscerality of a digital live-stream captured, shared, and viewed again and again, frame by frame. This imagined community sees guns not only as essential to the securing of churches, but as integral to enacting a form of Christian discipleship on behalf of the vulnerable.

The entanglement of guns, conservative evangelical Protestantism, and Christian nationalism appears differently when considered from this ethnographic vantage point. It is an entanglement that occurs not primarily in the realm of the intellect, but the gut, shot through with a sense of the precariousness of life. Further, the self-defense engaged in by those who conceal carry at church cannot be easily disentangled from the self-preservation that drives a Christian nationalist framework. For many of my interlocutors, both ecclesial space and a Christian nation are under siege. 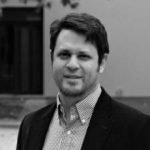 Michael Remedios Grigoni is a PhD Candidate in the Graduate Program in Religion at Duke University and a 2019–2020 Louisville Institute Dissertation Fellow. His research interests center on Christian ethics, political theology, and ethnographic theology. His dissertation combines these interests to inquire about the place of guns in U.S. American life. Having conducted over a year of ethnographic fieldwork in the Triangle Region of North Carolina with Christian handgun owners, on the one hand, and Christian gun violence activists, on the other, his dissertation develops a Christian ethics of handgun ownership that emerges from this ethnographic starting point.

The Politics and Paradoxes of Self-Preservation 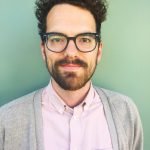 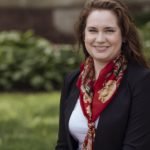 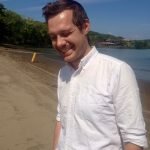