On February 28, 2017, President Trump had been in office for 5 weeks. The two houses of congress waited at the Capitol for him to deliver his first state of the union address. But when the camera found him, he was sitting in the back seat of his black limousine as it idled in the rain. Occasionally glancing down at a document in his hands, the President was making faces. There was a waxy sneer. A paroxysm of awe. And then a staccato of three furious glances, his head subtly bouncing forward, slitting his eyes each time.

Why does Trump’s face matter? Why does Trump—a world-class performer and master of the craft of showmanship—practice shaping his face? What does his face do? Is Trump’s face part of his power? Is his face a node in the relay system of power organized around his body? As a latecomer to political theology, my interest in this forum lies in learning about ways that political theology and affect theory can converge to build a platform to answer these questions.

Affect theory follows in the wake of the long critique of the liberal model of subjectivity as a cohesive, thinking, sovereign self. This dismantling of the coherence of the subject succeeded across the humanities. But affect theory goes on to suggest that this process is not an end in itself, but an opening on to a new exercise in mapping subjectivity. John Protevi tracks this as a movement from Derrida (critique of subjectivity) to Deleuze and Guattari (new map of subjectivity), writing:

“Derrida cannot articulate the production of bodies politic from clashes of forces in the general text. He can show that bodies politic are forceful, that force is inextricably part of their institution, but he has no resources, as do Deleuze and Guattari, for elaborating the principles of an empirical research project into the material production of forceful bodies politic.” (62)

Deleuze and Guattari’s sense of affect is only one of many interpretations of affect theory. What unifies affect theory as a project is its modeling of subjectivity as a dynamic, disorganized system of material forces—affects—running through bodies. Deconstruction and other critical projects took apart the necessity of thinking of subjects as unified. But the unmasking of metaphysics only tells us what bodies aren’t, not what they are and how they are articulated into formations of power.

What affect theory offers is simultaneously a theory of subjectivity and a theory of power. One could say that it’s a theory of how performatives—the effort to make a body respond—succeed or fail. There needs to be attention to the performative itself—a book, a movie, a speech—but also to the bodies to whom the performative is directed. The performative hits a body at a certain angle, with a certain force and velocity. The body responds according to its own position and form. This response may be partly mediated by the subject’s sense of reason, but the gamble of affect theory is that reasons are only one dimension of the multifaceted mechanisms by which power makes bodies move. Power feels before it thinks.

In a workshop on affect theory and charisma, I asked the participants what would happen if we were to copy down every word Trump said. Could we give the Trump Script to another body, ask them to recite it, and become Trump? The discrepancy between the effect of Trump’s body speaking Trump’s words and another body speaking the same words is one way of mapping the zone of affect. The Trump Script alone is not sufficient to tell us what makes Trump powerful. This is why Trump’s face matters. He is not merely a discourse, not merely a language, not merely a vehicle for ideology. His body transmits a torrent of effects—affects—before, between, and outside of his words.

The central image in Schmitt’s political theology is of a book radiating outward to permeate a society. Theological concepts configure an intellectual landscape that then grafts itself into the living interior of a political system. This is a powerful line of analysis, but affect theory suggests it is incomplete. Words do not directly plug into subjects—this presupposes a cognitivist ontology of subjectivity that sees language as the primary medium for the transmission of power, what I call the linguistic fallacy. Affect theory proposes, instead, that words are sophisticated technologies for transmitting, evoking, and provoking affects. It’s the capacity of language to evoke affects in bodies that makes bodies move, not the words themselves. This is why language lands differently on different bodies. And it explains why a face can make us believe something we would otherwise doubt.

Affect theory suggests that we never take it as given that an idea—even a prevalent idea—has hold over bodies. This presupposes a homogeneous field of thought within a “public,” missing the intransigent textures of multiple publics intersecting individual bodies. Besides, even where there is assent to an idea, overemphasis on the intellectual plane misses the relentless power of self-justification. It misses the way that making an exception is not always a top-down dictate from on high, but is part of everyday cognition.

American racism is the imperious institution of this fickle exception-making. White bodies command total obedience to the letter of the law when they can weaponize it against the vulnerable. Shouldn’t have been trespassing. Shouldn’t have resisted arrest. They got what was coming to them. The rest of the time they make up excuses to shield the powerful. Boys will be boys. Well what do you expect? It’s human nature. There is a seamless toggling between one set of narratives for black bodies (“Why didn’t he just do what he was told?”) to another set of narratives for white bodies (“Don’t tread on me.”). White bodies consume soul-stirring statements of principle, which is not the same as applying them. The affective force of a declaration of principle is an end in itself. Racism is only the most vicious illustration of the mangle of affective forces organizing cognition and dictating the self-serving selection of narrative.

At the same time, affect theory needs to take seriously the way that ideological frames function as performatives. They do so, I would argue, by organizing concepts according to a set of felt forms. Some versions of affect theory emphasize the nonlinguistic or noncognitive dimension of affect. But there is a danger here: it locks affect theory into an interpretation that emphasizes disconnection between affect, discourse, and thought. Political theology serves as a valuable corrective, insisting on attention to the way that frames of belief connect bodies to systems of power.

My sense is that the point of meeting between affect theory and political theology lies here. Affect theory and political theology, taken together, ask a question that is central to the humanities: what’s the relationship between words and actions? How does a sentence, a text, an idea move a body from stasis to response? Why do words strike some bodies successfully, others obliquely, others not at all? Rather than seeing theology as a system of centrifugal compulsion that directs bodies like a source code, affect theory suggests seeing theology as a set of material-semiotic devices, techniques, contraptions, and found objects already in motion within the field of power. These devices are cited and reapplied in new forms and new contexts as the relay system of power shifts.

In Capitalism and Christianity, American Style, affect theorist William Connolly proposes that rather than seeing right-wing American Christianity as a natural ally of capitalism—or an organic outgrowth of capitalism, or vice versa—we imagine the relationship between them as a “resonance machine.” A resonance machine doesn’t require ideological integration. It’s an assemblage, a heterogeneous conglomerate glued together by the force of affect.

What are the rules of engagement in the production of assemblages of power, knowledge, and affect? How do they come together? Is their coalescence entirely arbitrary, or are there conceptual affordances or links embedded within different discourses that make some convergences more viable than others? What is the role of an evolving media landscape? To what extent do concepts carry an affective charge of their own? How is power, more than just a top-down channel of sovereignty, a lattice-work of currents of force running between sovereign and subject? The conversation between affect theory and political theology could take this as one of its tasks: mapping the ways ideas, bodies, words, images, voices, artifacts, and faces are melded together into powerful assemblages—resonance machines—that come to dominate and define political moments. 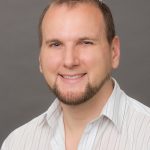 Donovan O. Schaefer is assistant professor of religious studies at the University of Pennsylvania, which he joined in 2017 after three years as a lecturer at the University of Oxford. His first book, Religious Affects: Animality, Evolution, and Power (Duke University Press, 2015) considered the relevance of affect theory for questions of religion, politics, and subjectivity. 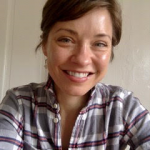 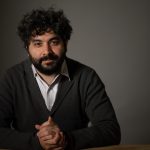