Only when we truly believe that Black Lives Matter, when we learn to lay down the privilege of whiteness before a God who delights in Blackness, can we understand what it means to be God’s beloved.

9As the Father has loved me, so I have loved you; abide in my love. 10If you keep my commandments, you will abide in my love, just as I have kept my Father’s commandments and abide in his love. 11I have said these things to you so that my joy may be in you, and that your joy may be complete.12“This is my commandment, that you love one another as I have loved you. 13No one has greater love than this, to lay down one’s life for one’s friends. 14You are my friends if you do what I command you. 15I do not call you servants any longer, because the servant does not know what the master is doing; but I have called you friends, because I have made known to you everything that I have heard from my Father. 16You did not choose me but I chose you. And I appointed you to go and bear fruit, fruit that will last, so that the Father will give you whatever you ask him in my name. 17I am giving you these commands so that you may love one another.

This past week, Baltimore erupted in protests over the death of Freddie Gray. While the details of Gray’s death remain uncertain, no one disputes that he died from a severe spinal injury sustained while in police custody. In truth, Gray’s death is only the latest in a long litany of Black men and women killed by police: Eric Garner, Tyree Woodson, Kajieme Powell, Akai Gurley, Tamir Rice, Rumain Brisbon, Tony Robinson, John Crawford, Anthony Hill, Walter Scott, Oscar Grant, Rekia Boyd, Aiyana Stanley Jones, and Mya Hall, to name but a few. The protesters in Baltimore march not only for Freddie Gray, but for all men, women, and children whose lives are at risk simply for being Black in America.

It is in this context that I approach this week’s lectionary text from the Gospel of John: “This is my commandment: that you love on another as I have loved you. No one has greater love than this, to lay down one’s life for one’s friends” (John 15:12-13). I encounter this text as a white, mainline Protestant, wrestling with its message for white, well-meaning, middle-class Americans like myself in the context of state-sanctioned violence against Black lives. And I read with Dr. King’s words written from a Birmingham jail echoing in my mind:

I have almost reached the regrettable conclusion that the Negro’s great stumbling block is not the White Citizen’s Counciler or the Ku Klux Klan, but the white moderate, who is more devoted to “order” than to justice; who prefers a negative peace which is the absence of tension to a positive peace which is the presence of justice; who constantly says: “I agree with you in the goal you seek, but I cannot agree with your methods of direct action”; who paternalistically believes he can set the timetable for another man’s freedom; who lives by a mythical concept of time and who constantly advises the Negro to wait for a “more convenient season.” Shallow understanding from people of good will is more frustrating than absolute misunderstanding from people of ill will.

In that context, I want to focus on two particular aspects of this text: the concept of friendship and what it means to “lay down one’s life” for a friend.

In this passage, Jesus refers to his followers as “friends,” which status Jesus grants “if you do what I command you” (15:14). The commandment Jesus refers to is given in 15:12, “that you love one another as I have loved you,” a reiteration of the “new commandment” already given in John 13:34. However, in this passage, Jesus defines the nature of that love, which is “to lay down one’s life for one’s friends.”

As Gail O’Day observes, “The English noun ‘friend’ does not fully convey the presence of love that undergirds the Johannine notion of friendship.”[1] The Greek word is philos, derived from the root phileo, meaning “to love.” It refers not to a casual acquaintance, but to one who is beloved, who is dear to one’s heart. Elsewhere in John it describes the relationship of Jesus to John the Baptist (3:29) and to Lazarus (11:11). One might be tempted then to conclude that Jesus instructs his followers to lay down their lives only for those who are dear to their own hearts—their family, their church members, their narrow circle of closest friends.

But this is not what Jesus means. Rather, the “friends” for whom we should lay down our lives are those who are beloved by Jesus, not only by us ourselves. This is made clear in 15:16, in which Jesus declares “You did not choose me, but I chose you.” We are friends with one another because Jesus has first called us friends (15:15), and therefore the commandment to lay down our lives for our friends means nothing other than to lay down our lives for all those whom Jesus loves. But when we begin to talk of “those whom Jesus loves” we soon realize that this means everyone, and most especially those who have been oppressed, ostracised, and threatened with death by the System. This Jesus who calls us “friends” perpetually turns the world inside out, centering the marginalized and marginalizing the centered.

This would seem to mean, in the context of the modern U.S., that our Black brothers and sisters are especially beloved by God, such that “God-ness” is found particularly in Blackness. This, it seems to me, has been a particular failure of many white churches. To the extent that we teach God’s love for all humankind, we have tended to do so as an abstraction, failing to recognize the particularity of our historical moment. We have too often been an “All Lives Matter” church worshipping a “Black Lives Matter” God.

In this context, coming to regard our Black brothers and sisters as truly beloved means facing the reality of how white privilege has been constructed on the backs of Black labor and at the cost of Black lives. It means knowing the history of American slavery, of Jim Crow, of the prison-industrial system. It means grappling with the witnesses of Frederick Douglass and Nat Turner, of Sojourner Truth and Fannie Lou Hamer, of Martin and Malcolm, of @Nettaaaaaaaa and @deray. It means doing theology with Howard Thurman and James Cone, with Delores Williams and Katie Cannon, with Alan Boesak and Emilie Townes. It means learning to embrace the God-given belovedness of those whose lives we have been taught—consciously or not—to disregard.

But for Jesus in this passage, love for one’s friends also entails sacrifice—a willingness to “lay down one’s life” (15:13). In one sense, this laying down of life points forward to Jesus’ crucifixion, his willingness to place his very body between his beloved ones and the state sanctioned violence that threatened to kill them. And so our bodies too should be on the line, in the street, in the jails, supporting our Black brothers and sisters in the movement for liberation.

But in a second sense, Jesus’ command points not only forward to the crucifixion but backward to his washing of the disciples’ feet (John 13:1-20), shortly before he gave them the instruction “Just as I have loved you, you also should love one another” for the first time (John 13:34). In that passage, Jesus models a different way of giving up one’s life, which involves giving up one’s status, letting go of one’s position, shedding oneself of privilege.

In our context, this way of laying down our lives may in fact be the more urgent, as our white privilege has too often been built and maintained at the cost of Black lives and livelihoods. In this sense, laying down our lives for our friends means giving up positions of power that accrue to us because of our whiteness, leaving space for Black leadership to thrive and flourish unimpeded by white dominance. It means voting for leaders who make policies that benefit Black communities, even though doing so may diminish our own wealth and status. It means challenging racial bias in the legal system and, in cases such as Freddie Gray, reforming policing systems that result in the deaths of Black men and women in disproportionate and unconscionable numbers.

This is the love to which Jesus calls us—a love that relinquishes privilege so that others may live. Yet according to this passage, it may be precisely in this giving up of privilege that we ourselves discover what it means to be loved. For privilege thrives on a mentality of scarcity. It flourishes when we believe there is not enough to go around. It makes us believe that someone else being lifted up means we are being taken down.

But our passage does not presume a world of scarcity, but rather a world of abundant love emanating forth from the God who is love. “If you keep my commandments [to love one another], you will abide in my love just as I have kept my Father’s commandments and abide in his love” (15:10). The language of “abide” or “dwell” (meno) suggests that God’s love is as abundant as the very air that we breathe. It is sufficient for us. We can dwell there. It is enough. When we lay down our lives for another, we do not find ourselves deprived of life. Instead we are drawn ever further into God’s love, which binds us together with those from whom we have until now been alienated.

Only when we truly believe that Black Lives Matter, when we learn to lay down the privilege of whiteness before a God who delights in Blackness, only then can we understand what it means that we are God’s beloved, too.

Robert Williamson Jr. is Margaret Berry Hutton Odyssey Associate Professor of Religious Studies at Hendrix College in Conway, Ark. (USA) and the pastor of Mercy Community Church of Little Rock, which provides a place of welcome especially for those living on the streets. 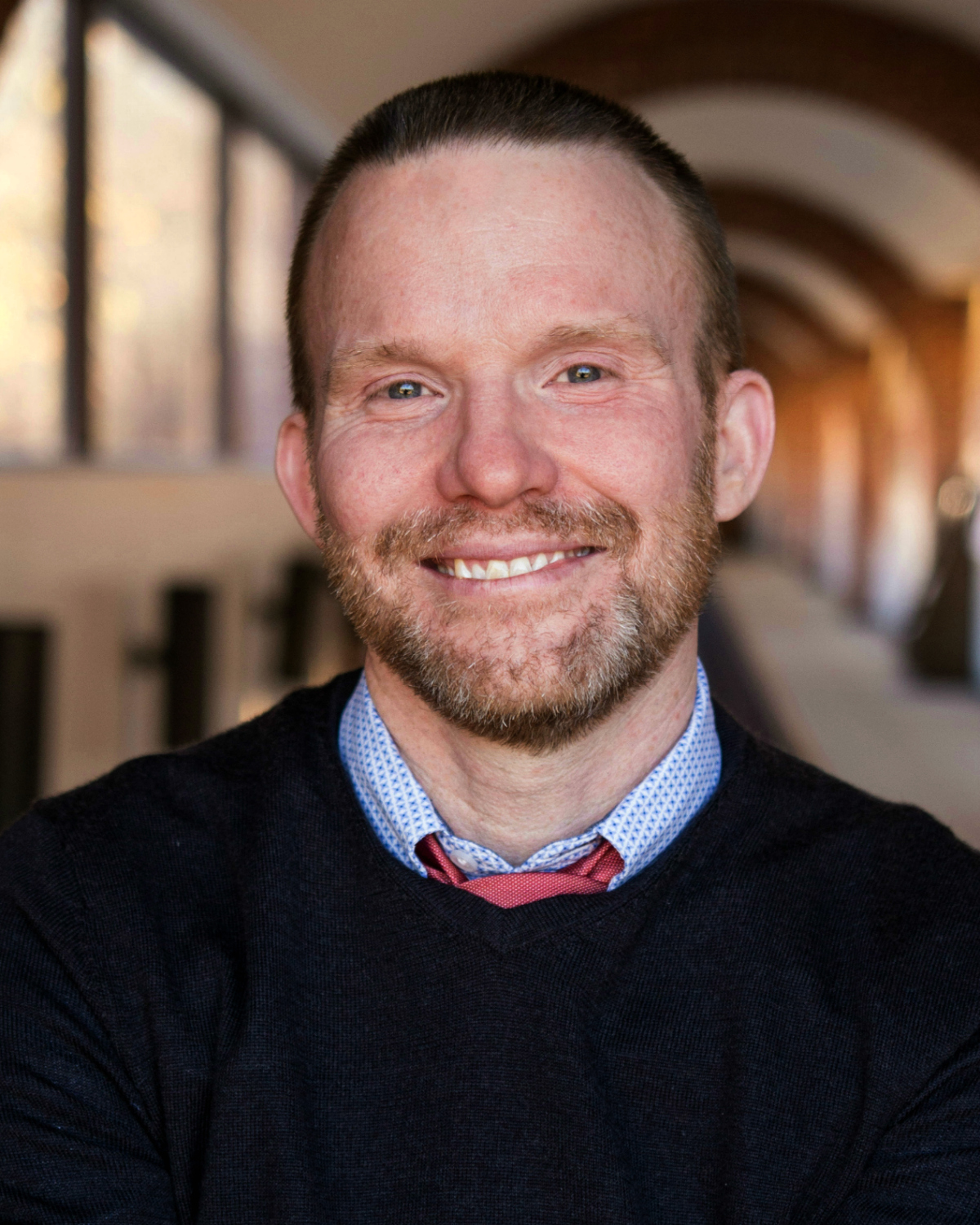