Andrew Suderman argues that the significance of protest lies in challenging the “policing” realities of death that plague our world and exposes the contingencies on which such logic rests whilst reasserting our own political agency by re-claiming the power we have to embody now the future God desires for this world. This is the form of politics to which Jesus calls us.

Those who participate in protests are often confronted with two simultaneous realities. On the one hand, protesters are confronted by forces tasked to maintain the way things are, i.e., the status quo. The police become representatives and protectors of the status quo and of the constructed social establishment.

On the other hand, protesters and protests are expected to be peaceful and respectful. Property, for example, must be respected and therefore guarded. If situations are not “peaceful” or “respectful,” the protests are labeled as “violent” and the protesters as “violent thugs”. Ironically, protesters are supposed to protest by obeying the rules of the status quo, not by disrupting it. The expectation that protests must be “peaceful” and “respectful” ultimately attempts to co-opt the protests back into the way things are rather than call the present order of things into question.

Thus, protests and protesters are confronted by these two reactions, both of which fail to understand the situation, the protest, and the reality that protesters are trying to call into question. The police and those who are tasked to confront protesters often fail to understand how they are called on to maintain a system that perpetuates injustice – a system constructed where not everyone counts or matters. They, then, become the symbolic representation of – and a cog within – a system that must be confronted and changed.

Likewise, those whose initial response is to analyze whether a protest is “violent” fail to recognize the way in which protests are a response to situations of violence that have already been perpetuated. Many experience the status quo as violent. Protest is not the first violence. It is a second (or third?) violence: a response to daily systemic violence embedded in the system (see Dom Helder Camara’s Spiral of Violence). Yet, the spotlight seldom shines on the violence at the root of the problem. It focuses primarily on the violence of the symptoms. Racism, economic inequality, police brutality, chronic corruption are but some examples of root violence. By focusing only on the violence of the protest, we already reveal the socially privileged context of our critique. Every day we see the truth of Martin Luther King Jr.’s comment that “riot is the language of the unheard.”

As a Mennonite and as a pacifist I am concerned about the methods we use to seek and embody peace. Violence – in any form – fails to embody and bring about peace, right relations, or just systems. But if we truly want to mitigate violence it behooves us to focus on the primary root causes of violence. We must recognize and understand the different forms of violence and how they are interconnected. Furthermore, we must acknowledge our own complicity in the violence of the systems we benefit from.

Jacques Rancière: Help in understanding the significance of protest

When I ask my students to define “politics” they often portray it as the work of the state – its rule of law along with the work of the politicians at all levels that create it. They often add that they prefer to avoid politics as much as possible. It is too divisive, they say. Such understandings assume that it is possible to be apolitical.

Jacques Rancière, a French philosopher, calls such understandings into question. He differentiates between “politics” and the work of the “state.” The work of the state is simply that of maintaining order – a particular order. He describes this as a “police” order (which has close ties to the Carceral State). Its purpose is to create and maintain a particular social construct, that establishes how relations will function in society. Inevitably, this form of social construct will count certain people and not others. Put differently, it assumes that certain people matter and others do not. Such “policing” logic creates and maintains a society of inequality that determines who is included in the constructed social order and who is excluded (Tanke, 46). It assumes a determined social distribution based on a particular social contract that one must follow and by which one must abide (watch Trevor Noah’s excellent monologue regarding the “social contract” after the murder of George Floyd). As Joseph Tanke summarizes in his Jacques Rancière: An Introduction: “It attempts to contain, manage, co-opt, and undermine the basic ‘dispute’ [litige] about the constitution of the community” (45).

Rancière uses the term “politics,” on the other hand, to describe the actions of those who have not counted in the basic structure or constitution of society when they make themselves count. “Politics,” in other words, is reserved for when marginalized folks insert themselves into the conversation. Actions are “political” when those who have been excluded from the assumed social construct assert themselves as equal claimants, thus re-ordering (i.e., re-structuring) society and the relations within. “Politics” is antagonistic to “policing;” it refers to the disruption of the status quo that the “police” seek to maintain. Such a disruption, notes Rancière in Disagreement: Politics and Philosophy, becomes manifest “in a series of actions that reconfigure the space where parties, parts, or lack of parts have been defined” (30).

Rancière suggests that “politics” is the activity that arises from truly democratic forms of organization and practice (Tanke, 43). It inevitably disrupts the social presumptions of the way in which power has been organized, how places and roles have been distributed, and how systems legitimize this distribution (Rancière, 28).

Working for peace is being political

When we work for peace and justice (as though peace can be properly understood without the presence of justice!), we confront and disrupt systems that perpetuate injustice, violence, and oppression. In doing so, our work is political work. It disrupts the systems that have been in place (i.e., the status quo) and re-organizes the ways in which we relate to each other.

When we decide to follow Jesus, we are called to embody and enact an alternative (or perhaps better said “original”) form of power. Jesus’ promise of power (Acts 1:8) is akin to Rancière’s understanding of “politics.” We protest the “policing” realities of death that plague our world, and we expose the contingencies on which such logic rests. And we reassert our own political agency by re-claiming the power we have to embody now the future God desires for this world.

May God give us the strength and the power to challenge systems of oppression in our quest to embody God’s peaceable and just kingdom in the here and now. 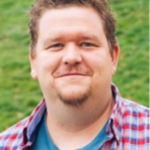