(This is my first attempt to post here, so I’m learning the tools as I work with them. This is cross-posted on my blog: Faithful Agitation.) 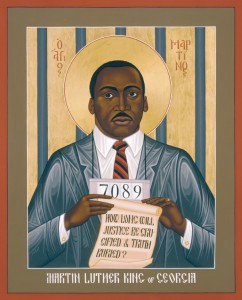 We’ve put “the Dream” back on the shelf for another year, and we can let Martin Luther King, Jr. rest in peace again at least until this August, when the huge, official monument to him will be dedicated along the edge of the Tidal Basin in D.C., facing across the water at the slave holding President Jefferson. I can’t quite imagine that this was what King had in mind when he spoke of the sons of formers slaves and the sons of former slave holders sitting across from one another.

Of course, there’s a great deal that King probably never dreamed of that has happened to his image and memory. That’s what happens when you become an icon.

During this year’s King Day remembrances alone, Dr. King’s memory has been brought to the defense of the Defense Department and to the offense of homophobia.

DoD general counsel Jeh C. Johnson, in a speech last Saturday, said, “I believe that if Dr. King were alive today, he would recognize that we live in a complicated world, and that our nation’s military should not and cannot lay down its arms and leave the American people vulnerable to terrorist attack.”

At a King Day event outside of Chicago, David E. Smith, executive director of the Illinois Family Institute, laid claim to King’s legacy on behalf of those who oppose equal rights protections for sexual minorities.

“Martin Luther King was first a minister of God,” said Smith. As such, Smith argued, King wouldn’t have supported “immorality.”

Reading these stories brought to mind John Calvin’s attacks on iconography. Calvin hated icons, and he called some who defended images of God and of the saints “raving madmen.” “What, indeed, I beg you, did those paltry little images mean? Solely that images are not suited to represent God’s mysteries” (Institutes 1.11.3).

For Calvin, the problem with icons was that they could not begin to represent mysteries that are fundamentally beyond human comprehension. No icon adequately represents the mysteries of God. For Calvin, only Jesus the Christ could suffice, and him known through scripture alone. 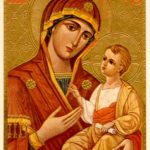 For those of us steeped in the tradition of Calvin, the problem with icons is their silence. Mary, the bearer of God, stares silently at us from her image. She ponders things silently in her heart, even now. This question would probably be perceived far differently by those who have learned to listen to the language of icons. To the Orthodox faithful, Mary speaks.

Dr. King has become our American icon, if not an American Idol. His image is being carved in stone, at this very moment. One imagines quite easily that by this time next year there will be public gatherings on King Day at the King Memorial, and it is not difficult to imagine all kinds of words being put into the mouth of stone in the face that will stare out silently over Washington.

Ironically, King has become an icon precisely because of his speech. Though he is remembered too often for a single speech, he made thousands of speeches in his preaching life, and many, if not most, of them were recorded. The icon still speaks in a language that most of us still understand not yet a half century removed.

Some things have not changed much. During this 50th anniversary year of Dwight Eisenhower’s famous farewell address decrying the power of the military-industrial complex, the United States remains precisely what King called it in April of 1967: “the greatest purveyor of violence in the world.”

In that same speech – indeed, in almost the same breath – King noted that the Nobel Peace Prize awarded him carried with it responsibilities that superseded the security of any one nation, even his own. Moreover, he went on, his calling to Christian ministry demanded concern even for those deemed enemies of his nation.

“To me the relationship of this ministry to the making of peace is so obvious that I sometimes marvel at those who ask me why I’m speaking against the war. Could it be that they do not know that the good news was meant for all men — for Communist and capitalist, for their children and ours, for black and for white, for revolutionary and conservative? Have they forgotten that my ministry is in obedience to the One who loved his enemies so fully that he died for them? What then can I say to the Vietcong or to Castro or to Mao as a faithful minister of this One? Can I threaten them with death or must I not share with them my life?”

How difficult is it, honestly, to substitute Iraqi, Afghani, Talibani and even bin Laden, for Vietcong, Castro and Mao? In this case, the man seems to speak before the silence of the icon, no matter what words lawyers for the Defense Department would put in the stone mouth.

But, with the same commitment to honesty, we must acknowledge that a half century presents a context foreign in many ways to the one King addressed. It is easy enough to say that King, who knew well that “injustice anywhere is a threat to justice everywhere,” would have championed the cause of sexual minorities. After all, King’s close advisor, Bayard Rustin, architect of the March on Washington, was a gay man. After all, King’s widow, Coretta Scott King, spoke eloquently on behalf of gays and lesbians. It seems obvious that King would have embraced the cause as well. It seems. But that is all, because the man was silent on the subject and the icon does not speak.

For good Reformed Protestants, though, those must be the wrong questions, because we do not speak – or hear – the language of icons. Thus we cannot be faithful, as we understand faithfulness, by lifting up an icon … and bringing it down on an opponent’s head. That is to say, invoking King to win an argument is no more helpful than citing scripture in the same context. It’s really not that different than following Godwin’s law – the inevitable and brief path to Hitler in any on-line discussion – but with a nicer conversation killer.

The far more difficult path comes in trying to learn the art of listening for the voice of the saint in the icon, and then living out his wisdom in a context that would be foreign to him. That is to say, if you believe, as I do, that King – following Jesus – would extend love, welcome, and embrace to his GLBT neighbor, then go and do likewise. If you believe that King – following Jesus – would oppose the ongoing wars of our nation, then go and do likewise.

In the meanwhile, let the icon rest in peace … at least until August. 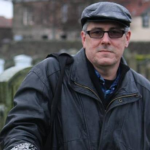 One thought on “The Trouble With Icons”