Any power we might feel we gain through the power over dynamic is illusory and fleeting, and will always eventually result in our death/defeat, with our illusions of power lying dead around us.

18 For the message about the cross is foolishness to those who are perishing, but to us who are being saved it is the power of God. 19 For it is written, “I will destroy the wisdom of the wise, and the discernment of the discerning I will thwart.” 20 Where is the one who is wise? Where is the scribe? Where is the debater of this age? Has not God made foolish the wisdom of the world? 21 For since, in the wisdom of God, the world did not know God through wisdom, God decided, through the foolishness of our proclamation, to save those who believe. 22 For Jews demand signs and Greeks desire wisdom, 23 but we proclaim Christ crucified, a stumbling block to Jews and foolishness to Gentiles, 24 but to those who are the called, both Jews and Greeks, Christ the power of God and the wisdom of God. 25 For God’s foolishness is wiser than human wisdom, and God’s weakness is stronger than human strength. 26 Consider your own call, brothers and sisters: not many of you were wise by human standards, not many were powerful, not many were of noble birth. 27 But God chose what is foolish in the world to shame the wise; God chose what is weak in the world to shame the strong; 28 God chose what is low and despised in the world, things that are not, to reduce to nothing things that are, 29 so that no one might boast in the presence of God. 30 He is the source of your life in Christ Jesus, who became for us wisdom from God, and righteousness and sanctification and redemption, 31 in order that, as it is written, “Let the one who boasts, boast in the Lord.”

Ironic paradox runs rampant in 1 Corinthians 1:18-31. For starters, Paul – the learned scholar who used his notable skills in Jewish law, Greek philosophy, and Roman rhetoric to craft Christian scripture – eloquently proclaims that the wisdom of the world is entirely at odds with the wisdom of God, or as verse 20 notably states, “foolishness”. This framework continues throughout the passage, as Paul continuously undermines what he defines as common human definitions of wisdom, power, and foolishness. Paul dismantles these human definitions by comparing them to God’s definitions, and thus demonstrating how false and contradictory the human definitions actually are. In this way, Paul lays out threads which others after him would gather together to create the Christian tradition of the “Holy Fool”: the one who, through their rejection of all worldly standards, fully embodies the human expression of the Christian life.

Paul begins this dismantling at the foot of the cross, a choice that makes obvious sense after barely a moment of reflection. As Paul notes in verse 23, from the perspective of human wisdom – particularly the worldviews with which Paul is intimately familiar – the concept of a crucified god saving the world is completely foolish and nonsensical. Arguably, it can only make sense to modern folk because of millennia of Christian cultural conditioning. Everything about the story of Jesus is gobsmackingly, shockingly paradoxical when your underlying assumptions about power state that power is only the capacity to impose one’s will over another. From this perspective, everything about the cross really is “foolishness”. This power over dynamic assumes that certain realities are fundamental and incontrovertible: power means the ability to defeat another, while defeat = death. Therefore, “victory” means having the power to impose your will on others – including taking their lives.

Now, many modern Christians may retort at this stage that the crucifixion wasn’t the end of the story, because Christianity teaches that Jesus was resurrected. His resurrection defeated death, therefore Jesus conquered all those who use torture and death as their implements of power… etc, etc. What is notable about Paul’s argument is that Paul never once mentions the word “resurrection”, nor does he even allude to it in passing. From the beginning of the passage in verse 18, Paul focuses entirely on the foolish paradox of the cross and crucifixion itself. Instead of leaning on the comfort of resurrection, Paul invites us to immerse ourselves in the feeling of defeat by sitting in solidarity alongside those crushed in mourning at the death of their close friend, and internalise the experience of seeing one’s dreams for a new world utterly destroyed under the unforgiving wheels of empire.

Paul asserts that it is only from this place of absolute desolation and utter devastation that we can begin to come to terms with the ways that God’s wisdom is antithetical to the wisdom of empire, which he argues is inextricably linked with the worldviews of the two identities he claims as his own: Jewish and Greek (actually “gentile”, but which he equates here with the perspective of the Roman Empire).

Now, it is essential at this stage to address the massive elephant in this scriptural room: the centuries of anti-Semitism and supersessionism (the idea that Christianity “supersedes” or “replaces” the Jewish people as the covenantal people of God), built upon this passage and others like it. It would be foolish of me to dismiss Paul’s own words here, because in the middle of the passage (1:22-24) Paul explicitly references “Jews” as those who find the message of the cross a “stumbling block”, an idea so incompatible with their understanding of God that they can’t see the truth and value that Paul sees. This is one of those places where modern readers must accept Paul’s inherent dual identity: a committed Pharisee who emerged early in the history of the Christian church as one of its most prominent persecutors, whose own experience on the Damascus road led him to adopt Jesus’s interpretation of Jewish identity and faith, which he sees as the fulfillment of his passionate Jewish beliefs, all that he was raised to believe.

Paul is speaking here to a community of Jews and Gentiles living in the context of empire: the Roman colony of Corinth. This community was trying – and failing, apparently – to develop a new, hybrid way of living together that was neither fully Jewish nor fully Greek, but somehow both at the same time: a new life rooted in the teachings of a Jewish rabbi, reflected through the worldviews of gentiles. This passage therefore emerges directly from that context, and speaks directly to it: Paul is teaching this community how to align their divergent worldviews into one, hybrid worldview, built upon the perspective of the cross.

Everything about crucifixion speaks to the power of Rome over others: the power to torture, to inflict pain, to impose dread and fear, to take life, all for the purpose of perpetuating that power. The power over dynamic depends entirely upon our fear of pain and death, with the cross as its deeply horrific culmination. Anyone immersed in a culture that worships youth, fitness, independence, a certain framing of beauty, and even the power that accompanies the possession of knowledge (like the vast majority of the “Western” world) can attest that power in these cultures is rooted in worshiping these idols. Unconscionable amounts of resources are spent chasing them, not only to gain power over others, but also to avoid allowing anyone else to have power over themselves.

This framework is the foundation of every resource policy, everywhere: “our” country must control access to (insert name of natural and monetary resource here), so as to ensure that we are on the right side of the power over relationship. Accordingly, this fear of being on the wrong side of the power over dynamic has been at the root of every war, at any time or place in history, that has ever been fought over access to (and control of) resources.

If the last few years have taught us anything, however, it’s that everything we thought we knew about power is entirely false. What is the purpose of having technological mastery when a few people with an internet connection can literally hold entire cities hostage? What is the point in having supply chains so complex that they crack under the lightest strain? As we’ve discovered, the technological wizardry of same-day shipping only works when there are enough human bodies available to be sacrificed to the idols of “comfort” and “convenience”. Even the power of our impressive system of knowledge creation means nothing when it can easily be undermined by the doubts sowed by a few well-placed social media posts. If our impressive wisdom is easily defeated using the system’s own tools against itself, then our wisdom really is foolishness.

The true wisdom is that we cannot escape death, regardless of how many resources we have at our disposal. Youth, beauty, and health are all temporary, and can be snatched away in a moment. We cannot actually maintain the power over dynamic because the assumption upon which it is based – that with enough force and resources, we can not only become invulnerable but can even cheat death – is a dangerous lie! Any worldview built upon these falsehoods is itself a lie, and will only result in the worst defeat these worldviews can imagine: death. The true wisdom is actually that to be human is to be inherently vulnerable, and – ultimately – entirely dependent upon other people. Any power we might feel we gain through the power over dynamic is illusory and fleeting, and will always eventually result in our death/defeat, with our illusions of power lying dead around us.

Where does this leave us? I suggest that we seek the wisdom of those who sought the path of the “holy fool”, those special few whose foolishness was so powerful that we still look upon them with awe. Francis of Assisi. John Woolman. Julian of Norwich. The prophet Jeremiah. The Publick Universal Friend. The Desert Fathers. Hildegard of Bingen. Oscar Romero. Fannie Lou Hamer. Paul of Tarsus. Jesus of Nazareth. People who stared directly into the eyes of empires built upon pursuing the power over dynamic – and its attendant false idols – and instead chose to live into the true wisdom of our radically vulnerable and interdependent existence. The holy fool insists that we need not fear anything, even and especially death. They recognise that true power only exists when we seek to share power with each other. Foolish wisdom, indeed. 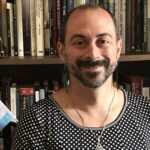