Jacob Zuma is out and Cyril Ramaphosa is in as President of South Africa. Is this a new beginning for the beleaguered Rainbow Nation?

Jacob Zuma is out and Cyril Ramaphosa is in as President of South Africa. The South African church in rejoicing. Is this a new beginning for the beleaguered Rainbow Nation?

In some previous posts for PTT I have chronicled the revitalization of the churches as “political actors” in South Africa of the past, and the renewal of Kairos Theology in the opposition to the corrupt regime of Jacob Zuma. These have raised theological questions about the nature of the state in the formation of identities, the witness of the church within civil society, and the question of what authentic change can be expected during the saeculum.  In each post was a sense of the immanence of Zuma’s fall, and more generally the growing distance between the dramatic changes of the early 1990s  and the realities of today.

On Ash Wednesday, 2018, Jacob Zuma ended a lengthy and rambling address to an impatient South Africa with his resignation. The following day, Cyril Ramaphosa, one of the architects of South Africa’s transition 25 years ago, assumed the office of President of the Republic.

Thus endings and beginnings, once again.

The end was a long time coming, to be sure. The stain of corruption has attached itself to Zuma for much of the past two decades. But the past two years have brought things to a head. Just a year ago his State of the Nation address was characterized by nefarious blocking of cellular communication, violent disruptions by inside and outside the stately parliament buildings, and security forces manhandling members and media. Was this the absolute bottom?

As the allegations of corruption mounted throughout the year and a picture of the extent of state capture solidified, a desperate and divided ANC looked to its December election of a new Party President. The Zuma faction pushed for former cabinet minister (and one of the President’s ex-wives) Nkozana Dlamini-Zuma. But in the end it was Deputy President Cyril Ramaphosa who emerged victorious as President. South Africans collectively breathed a sigh of relief. The press and the parliamentary opposition, the churches and other civil society actors, had been vindicated.

Ramaphosa is a fascinating person.  An outsider to traditional ethnic power blocs in the ruling party, Ramaphosa is Venda (though born in Soweto) and earned his political chops in the Black Consciousness Movement, a rival to the Charterist ANC. He was known in his youth as an enthusiastic preacher who led his school’s Student Christian Movement chapter.

While studying law in Limpopo, he became involved with the South African Students Organization (associated with Steve Biko), and was an active member of the Black People’s Convention (for which he was imprisoned for six months) in the 1970s. Ramaphosa became involved in the labour movement with the National Union of Mineworkers, serving for ten years as their General Secretary and building it into the largest and most powerful union in South Africa.

Ironically, he would later sit on the board of Lonmine during the Marikana miners’ massacre, and would be blamed for the police action that resulted in the death of 34 miners. Rising in the ranks of the ANC, he was the visible, public face of the negotiations to transition from Apartheid—negotiations which were sometimes dubbed “the Cyril and Roelf [Meyer, the negotiator for the National Party] show.”

After the transition Ramaphosa helped write the country’s 1996 Constitution, widely hailed as the most progressive in the world. Despite being favored by Nelson Mandela as his successor, he was passed over for Thabo Mbeki. At Mandela’s urging he joined (or in ANC-speak was “deployed to”) the private sector, where his business ventures eventually made him one of the wealthiest men in South Africa (with an estimated value in 2013 by Forbes of US$700 million).

Ramaphosa reentered politics in 2012, and was appointed deputy President of South Africa in 2014. Though extraordinarily private, Ramaphosa retains his connections with his childhood church, and has stated that Christians have a responsibility “to become the moral conscience of South Africa”.

And—unsurprisingly given his birth in Soweto—he’s firmly devoted in the tradition of township Jazz. In his State of the Nation address that evening, Ramaphosa invoked the late Hugh Masekela’s Thuma Mina (“Send Me”) to sketch a program challenging his government and pledging a new era of accountability and commitment to the ideals of Nelson Mandela, whose centenary will be celebrated later in the year.

After the speech, people “sang and clapped and laughed as they filed out” of Parliament. With headlines the following day like, “Ramaphosa’s election likely to spark economic growth” and “Ramaphosa vows anti-corruption drive”, pride began to return to South Africa’s people. Internationally, it seemed that South Africa’s damaged reputation was being rehabilitated.

A new beginning, indeed. But the challenges that faced South Africa the day before Zuma’s resignation continue to face South Africa the day, and the days, after. Captured members of government remain in the cabinet, at least for the time being. The impoverished Eastern Cape reports an unemployment  rate of over 35%. Cape Town continues to face a water crisis, with a “day zero” (the day the taps will run dry) mere months away.

At the same time, civil society is revitalized and engaged at a level not seen since the Anti-Apartheid days of the 1980s. Indeed, as former UN-Aids Envoy Stephen Lewis said recently, “civil society in South Africa is the strongest mobilized civil society I’ve ever seen in my adult life anywhere” and “supersedes anything I’ve seen in developed countries.” The various student protest movements were on the verge of seeing the promise of free College and University tuition for the poorest coming to fruition.

And there were churches and other faith communities, newly energized by their leadership on moral questions while wary of the ever-present danger of cosying to a new Caesar. The South African Catholic Bishops Conference was especially glowing: “Many commentators have drawn comparisons with the euphoric days that followed President Mandela’s accession in 1994; apart from the fact that we are more sceptical now than we were then, the comparison is not out of place.”

But what of those theological questions? Do they look any different in light of this latest transition? We are still, after all, “during the world”, as Charles Mathewes would say.

This is where Thuma Mina becomes instructive. Ramaphosa correctly stated that the song, “anticipated a day of renewal, of new beginnings.” But it’s less clear that Masekela had politicians in mind when he adapted this Zulu hymn into a Jazz idiom. For Bra Hugh also knew that politicians “are there to rip the people off, dumb them down and have them vote for them. Especially in Africa, they are not there for the people. This is not a new thing, but I think it’s at its worst now,” he said in 2016.

That sentiment certainly fits the old regime—and the former President—to a “T”. The hope expressed by Masekela was for the people of South Africa, that they would “turn it around.” Ramaphosa acknowledged as much. And so his humility is refreshing if by it he understands government as “lending a hand” to the poor and powerless, as responding to the call of the populace, “send me.” What a contrast to the Zuma regime that seemed to use the Treasury as its own private bank account, and that enriched its Gupta friends beyond imagination.

But there is an even deeper call in the words which, after all, translate Isaiah 6:8 from the Hebrew Bible. For the prophet spoke those words in response to a challenge not from the people but from God. And it was a call (“whom shall we send…?”) that came after a confession, not only of inadequacy to the task but of participation in corruption. The healing that South Africa so desperately needs after ten (or more) years of darkness must begin with that kind of confession and repentance, as well as an awareness that the interests of government are always vulnerable to being subsumed to the interests of the powerful.

Whatever the good intentions now, governance has the power to reshape even the best. Jacob Zuma was once a humble “herdboy” and a disciplined “freedom fighter.” Surely a genuinely new beginning is contingent on a certain kind of ending (for which the theological term is “repentance”), and not just a new face at the helm.

Thankfully the civil society, and the church, that Zuma’s corruption helped mobilize is there to hold the President Ramaphosa accountable. In the meantime, friends of South Africa join her citizens in rejoicing at the prospect (if not yet the reality) of new beginnings. For even “during the world” they can make a real difference to people’s lives. 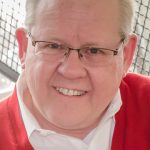 Stephen W. Martin is Associate Professor of Theology at King’s University College in Edmonton, Alberta.  He completed his Ph.D at the University of Cape Town in 1999, and has written extensively on the South African experience, including the book Faith Negotiating Loyalties: An Exploration of South African Christianity Through a Reading of the Theology of H. Richard Niebuhr (Lanham: University Press of America, 2008).