In writing about Islamophobia, one experiences the inevitable inadequacies of the term. I would venture so far as to say that Islamophobia is altogether a misnomer, a haphazard term that endures because, quite simply, it has institutionalized momentum. Yet as the descriptor for phenomena ranging from warfare to citizenship laws to everyday acts of discrimination, it falls woefully short.

In reading the work by Erik Love, Yassir Morsi, and myself, it becomes clear that what we call Islamophobia (a term denoting a fear of a religious community) is more aptly understood as a process of division. Anti-Muslim violence is rooted in a strict partition of global Muslim communities according to the dictates of white supremacy, capital, and empire building.

A closer look reveals how all forms of anti-Muslim violence have rested upon a necessary division of Muslims around the world. Take the US’s eager sponsorship of the fundamentalist regimes of the Gulf states, who would not exist were it not for the geopolitical decisions made by global powers decades ago. The alliances we see today emerged as a response to social democracies in the Arab world. Toppling governments which leaned toward self-determination, the nationalization of oil, or egalitarian gender norms meant, for the US, offering support to dictatorial regimes like the House of Saud. In the US, the FBI’s widespread surveillance and policing of Muslim communities has been coupled with its eager recruitment of Muslim informants, many tasked with entrapment of those they surveil. A term like “Islamophobia” risks flattening these dynamics, erasing the ways Muslims are instrumentalized by the whims of global power.

Such uneasiness with the term Islamophobia itself underlies the work by Love, Morsi, and myself. Each of us attempts to locate the source of violence against the most vulnerable of Muslim populations. Each of us grapples with the racialization of Muslims – a longstanding and shape-shifting force. Each of us are writing at the heart of settler societies (the US and Australia), where anti-indigenous colonial violence is not just a taken-for-granted backdrop for the racial landscape but an integral and active feature of it. (I am reminded, for instance, about how TigerSwan, a global private counterterrorism group purporting to “fight terrorism” [read: Muslims], was deployed to infiltrate and target the indigenous protestors at Standing Rock in 2016.) Yet our books vary widely in their scale and scope. Mine was written as an introductory text, meant to spark a conversation among undergraduates or general readers who are new to thinking about race and empire. Love’s is a work of sociology, using racial formation theory to frame the advocacy efforts of US Muslim advocacy groups. Finally, Morsi calls his work an auto-ethnography. He traces his own readings of Fanon and Said alongside hollow framings of “good Muslim” subjects in the West, drawing largely from the decolonial school of critique.

Across our texts, each of us is concerned with how a dividing line is constructed between legitimate and illegitimate Muslims. We each, for instance, consider the rise of global Countering Violent Extremism (CVE) programs. Meant as preemptive terror prevention mechanisms, CVE programs have functioned as de facto thought-control initiatives, disproportionately profiling and policing Muslim behavior, belief, and activity on the assumption that these are inherently inclined toward extremist violence. In fact, CVE programs have relied on the cooperation of Muslims themselves, including countless Muslim American organizations, whose leaders, says Sahar Aziz, “gather intelligence on their constituents that places their civil liberties at risk.” Is CVE Islamophobic? Certainly. Yet its Islamophobia works by creating a neat contour between those Muslims who cooperate with the state in its most troubling anti-Muslim machinations and those who dare to critique it or who suffer its violence.

Throughout our books, each of us offers a cutting critique of Muslim “spokespeople.” In Love’s discussion of organizations like MPAC and CAIR’s cooperation with the state, or in Morsi and my own discussion of the racial and cultural significance of white Muslim leader Hamza Yusuf, we begin to see the unsettling politics of representation that emerge when a globally-stratified Muslim population finds itself being spoken for. This may explain why we see very little discussion of poverty, the expansion of aggressive policing in communities of color, or the criminalization of migrants at major Muslim American advocacy organizations’ events, whose messaging often reflects the version of Islamophobia experienced by America’s most upwardly-mobile, elite Muslim subject.

Most importantly, unsettling tidy categories (good Muslims versus bad Muslims, modern versus backward, peace-loving versus extremist) offers us an opportunity to reframe the term Islamophobia, a word so entrenched that shifting its commonplace meanings is a seismic task. Indeed, in laying out what I call “US Empire’s Muslim Cheerleaders” or what Morsi suggests are the “masks” Muslims wear in order to justify their existence to the West, we attempt to forge these shifts. We take it as imperative to frame Islamophobia such that it avoids the traps of representation, the “good Muslim” trope, or cooptation by capital.

Looking forward, I would like to suggest that the fight against Islamophobia will only have transformative potential if it remains contextual and relational in its analysis. It cannot be used to sloppily denote a universal Muslim victimhood, for that too easily lends itself to a sinister cooptation by the seats of power. Consider the Islamophobic massacre in Christchurch, New Zealand, which, edited into a sensationalist video, has been played by Turkish President Erdogan at his campaign rallies. Through his appeals to a sense of victimhood, of Muslims as a subject “under attack,” Erdogan bolsters an authoritarianism that has attacked press and academic freedom. Or take the hijab-friendly Nike garments, which earned the corporation accolades for its inclusive, diverse, and culturally-competent branding, effectively erasing its entrenched history of repressive labor practices. The rehabilitation of Nike as a revolutionary voice in the Trump era smacks of the same irony as Bill Clinton speaking at Muhammad Ali’s funeral, of Amazon receiving an award named for the noted socialist Hellen Keller, or of the celebration of Gap for their use of a turbaned Sikh model in its ads. The ease with which corporations which have consistently opposed labor regulations or devastated the environment invade the space of anti-racist revolutionary agitation encapsulates the shrewdness by which those in power remain there.

Without a sustained focus on material inequalities and repressive state power, the conversation on Islamophobia too easily slips into a mealy-mouthed appeal to diversity and tolerance. In its worst iterations, it props up the very forms of corrosive power it should be aiming to eliminate. But fighting this divisive rhetoric does not mean flooding the world with reminders that Muslims do their civic duty, that hijabs can be fashion forward, or that Muslims have significantly contributed to modern civilization. Instead, a principled stance against Islamophobia will mean a committed conversation about the material realities underlying the highest seats of global power. 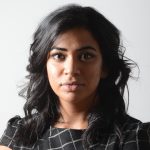 Dr. Nazia Kazi is an ethnographer and educator based in Philadelphia. Her work explores the role of Islamophobia and racism in the context of global politics. She has lived in Dubai, New York City, and the Chicagoland area. She is Assistant Professor of Anthropology at Stockton University in New Jersey, where she teaches courses on race, ethnicity, immigration, and Islam in the U.S. She is the author of Islamophobia, Race, and Global Politics, out now from Rowman & Littlefield. 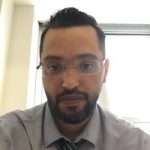