I think that a politics of penitence and repair can disrupt old divisive racial patterns, potentially enabling the emergence of new racial communities not marked by old forms of racial hatred and violence. Smith’s argument for penitence and repair is compelling and I do think that a Christian political theology calls upon us to consider these two important practices. Smith presents a theological discussion of pardon that eventually takes us to repentance and repair when addressing racial wounds.

In conjunction with Marginalia (part of the LA Review of Books), Political Theology Today has organized a symposium on Ted Smith’s extraordinary new book Weird John Brown: Divine Violence and the Limits of Ethics. This is the fourth post in our six-part series, which includes responses from E. Brooks Holifield, William T. Cavanaugh, Peter Ochs, Keri Day, and Andrew Murphy, and a response to the responses from Ted Smith. 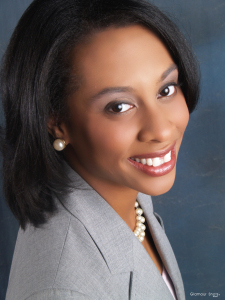 Ted Smith advances his central claim successfully: John Brown provides an opportunity for us to develop a capacity for reasoning about exceptions to violence, being sure that we understand the limits of our own ethical frameworks in relationship to violence. On a broad philosophical level, Smith lifts up the moral complexities and ambiguities of John Brown’s abolitionist violence in order to propose a social ethics with limits. These “limits” renew the critical potential of ethical discourse beyond deontologically-oriented moral claims — that is, claims grounded in obligation or duty — about violence itself.

As an African-American religious scholar, I am particularly intrigued with Smith’s discussion of “pardon” in relation to violence. Smith agrees with other John Brown historians that the moral complexities associated with John Brown’s violence (in the name of racial justice) can justify seeking a “pardon” for John Brown. But for Smith, such pardon does not necessarily vindicate the absolute moral rightness of John Brown’s violent actions (again, avoiding deontological proclivities in moral discourse surrounding violence). Rather, this pardon is about fostering a conceptual space to consider both the ambiguities of violence and theologically imagine prospects of mercy and forgiveness where violence is present. Smith provides an example in which God offers pardon to Cain in Genesis. God acted outside the law of justice by granting mercy and forgiveness. He argues with clarity that “the pardon of Cain does not legalize murder; it does not even make a case that Cain’s act fulfilled certain criteria that make it a precedent-setting instance in which murder might be justified.” He further states, “The pardon of Cain does not change the law against murder. It changes the standing of Cain in the network of relationships around him.” The crux of his claim here is that, in the act of pardon, God does not seek to create a new law justifying murder but to create a “new polity” or new community where mercy and forgiveness are possible.

Taking his cue from the story of God’s pardon of Cain (and the potential pardon of John Brown), he asks whether an idea of pardon might be extended to the history of slavery in the United States. Smith wonders whether pardon makes politics possible where deep and bitter racial divides (past and present) threaten to derail the project of loving and reconciled community. Pardon may open up new possibilities for the pardoned one. Pardon might suspend what is due (justice and law) in order to change the identity of the offender.. Smith quotes Charles Taylor’s observation that a pardon is a “decision that does not just settle for a spot of fairness on a horizontal line between two parties with conflicting claims, but moves in a vertical dimension with the hope of a new horizontal space where the resolution will be less painful or damaging for both parties.” Acts of pardon then open up “new planes” on which political life can begin again in renewed forms.

Smith asks whether this idea of pardoning slavery and racism in the United States holds the potential for opening up new ways of relating, newly restored relationships within communities, and a new future wherein mercy and forgiveness might be possibilities between Blacks and Whites (and between other divided groups as well). Although Smith poses this question, he concludes that offering a pardon for slavery would be unjust. The sheer magnitude of slavery’s crimes and its continuing impact on black communities create this impossibility. I think Smith is correct that pardon of the state may actually reinforce bitter racial divides. Smith explicitly considers these questions: Where there is no truth telling about America’s present racial sins, how can there be pardon? What are the political implications of pardon if truth-telling is not present as a first-order act? For instance, states such as Texas are currently passing legislation to approve a revisionist curriculum that reframes antebellum slavery not only as non-racial but also as a viable economic structure that included “content communities” in which the enslaved and white masters loved each other without deep divides. Black liberationist and womanist scholars such as James Cone, Dwight Hopkins, Emilie Townes, and Katie Cannon contend that a lack of truth-telling still plagues the history of slavery. Smith agrees.

So might the argument in favor of pardoning be fodder in the hands of white racial power structures, which outweigh any hopes for a pardoned and reconciled polity marked by new social relationships? Smith says yes. And I agree with him: extending pardon to a violent, unjust system only deepens racial wounds. For certain, the past of slavery remains quite present as America simply re-invents different systems of racial exclusion. Racial forms of disenfranchisement and violence continue to be present in our educational and criminal justice systems. So, if the pardon is about forgiving the “past,” what happens when this past is still the present (but in different forms)? This is an unresolvable tension that Smith rightly acknowledges, frustrating any articulation of the desire to pardon the state for slavery.

I believe that the greatest contribution of Smith’s work on how to address the “open wound” of America’s racial past/present is through his discussion of a “politics of penitence” and a “politics of piecemeal repair.” Rather than arguing for pardon, Smith contends that beneficiaries of slavery must participate in a politics of penitence, which allows whites (and white racial power structures) to participate in truth-telling about the crime of slavery and current forms of racial violence. Yet, penitence calls upon those who are beneficiaries to do something about racial wrongs. Smith is correct that we need a politics of repair. For me, a politics of repair is critically important, as it compels white communities to ask what kind of justice a politics of penitence requires. What is required is reparative work at ecclesial, social, economic, and political levels. Many white communities within the United States, particularly white churches, tend to articulate racial healing in terms of pardon and reconciliation. I think that Smith asks such communities to consider how their call for pardon and reconciliation might be uncritical and harmful when this call ignores and/or dismisses a politics of penitence and repair.

I think that a politics of penitence and repair can disrupt old divisive racial patterns, potentially enabling the emergence of new racial communities not marked by old forms of racial hatred and violence. Smith’s argument for penitence and repair is compelling and I do think that a Christian political theology calls upon us to consider these two important practices. Smith presents a theological discussion of pardon that eventually takes us to repentance and repair when addressing racial wounds. I think that his discussion here is worthy of debate and deeper reflection. Smith offers a major contribution, a courageous and fruitful theological move in discussing racial wounds and the possibility of a new community no longer marked by the bitter legacies of slavery.

Keri Day is Assistant Professor of Theological and Social Ethics and Director of Black Church Studies Program at Brite Divinity School. She earned an MA in Religion and Ethics from Yale University Divinity School and received her PhD in Religion from Vanderbilt University. She has written on a wide variety of issues in relation to black religious thought, politics, and economics. Her work has been published in a number of academic journals such as Black Theology: An International Journal, The Journal for the Society of Christian Ethics, and The Journal for Religion, Race, and Ethnicity. In November 2012, her first book, Unfinished Business: Black Women, the Black Church, and the Struggle to Thrive in America, was published by Orbis Books.

One thought on “A Politics of Penitence and Repair: Addressing America’s Racial Wounds (Keri Day)”