The fulfillment of the illusive promise of Mr. Trump to become great again has exposed the façade of the American dream, or the nightmare, that for too long has been subterraneously eroding our sense of planetary kinship. In particular, the patterns of hatred toward the migrant at the higher levels of our government are a symptom of this nation’s habitus of isolationism and indifference. Is this nation ultimately facing a precipice of desoulation? Or could this also be the dark abyss out of which to ensoul itself rather than to continue erecting the towers of indignity that proudly shadow its border-history?

A mystico-political process of decolonization offers one way out of the isolation and indifference that have been buttressing the structures of internal terror against the migrant. Such decolonization, which in this essay means to denude the soul, exposes the illusive cloak of isolation that predominantly portrays the migrant from a perspective of scarcity and violence, and awakens the self to the transformational capacity of love.

A decolonizing interiority would rightly need to wrestle with processes of desoulation or that fabricate societies that profit from violence against the migrant. Our nation has been desouling selves, and correspondingly itself, since life (e.g., that of migrants) continuous to acquire a value lesser than the product that it has come to symbolically represent—such as what is being harvested and manufactured. To worsen this modern trend, there is the indifference of isolation. Because we are an image-making nation where fascination with media driven impact has infected the higher ranks of government, the loss of someone’s life value becomes just a component of the gory spectacle.

Martinique philosopher Edouard Glissant describes a similar phenomenon in his use of the term “flash agents” (1997: 165, 175-77). They set the fast pace of images and dictate the type of relations amongst bodies, especially within and between cultures, and construct what is of major importance (the latest news). These forces, though commonly unnoticed, offer a dazzling alternative to relation. They violently attach contrived scenarios to the immediacy of the present and thereby keep peoples’ relations mechanized.

The fast speed and flashness of the images can vividly capture the impermanence of existence and the multiple sequences of flash images that continue to saturate our imaginary could serve to expose selves to a wide array of complexities involved in being human. Each image, interestingly illustrating a natural order of things, depicts a character, a shape, and a personality in that present time and space that is distinct from the next. It can partly represent the impermanence and multiplicity of a reality that can be embodied in a liberative manner. For instance, resistance to systems of control through building coalitions across gender, racial and ethnic margins can be the result of intersecting identities and inhabiting worlds that have been labeled as unlovely.

In spite of these liberative possibilities, from within the belly of the colony, the dominant narrative of the nation is often experienced as terror. Gloria Anzaldúa explores this phenomenon in her well known study of borderland consciousness. In her descent into the underground that is her soul (psuche or psyche), a spiraling down called the Coatlicue state, she struggles “to know some truth” about herself that produces paralysis and depression (2012: 70). She describes it as “…estoy asustada. In the Mexican culture it is called susto, the soul frightened out of the body” (2012: 70). She is terrified to confront what she has been turned into: “a second-class member of a conquered people,” a criminal. Anzaldúa refers to this form of fright as “intimate terrorism” (2012: 42-44).

Similarly, Nelson Maldonado Torres, in speaking of radical expressions of interiority “in the face of modern forms of colonization,” employs the term “espanto,” which as he defines it, is “not simply fear or anxiety” (2011: 193), but as strongly connoting in Spanish, it is a state of extreme panic and ongoing terror. The colonial ties of espanto to modernity date back to when the conquistadores crushed the souls of the indigenous through a mita labor process that, for example, used mercury to extract silver yet poisoned them as well as their land and waterways.

In contemporary times, a sense of espanto arises due to a continued undermining of subjectivity through representations of lack and violence in the media and as a result of the political climate of dehumanization that merely mirrors this nation’s habitus. Because of this intimate terrorism, a path of love that dispels terror akin to decolonization can become essential if there is to be a movement from paralysis to social transformation. A regenerative process of love in the soul can counter the production of terror disguised as bedazzlement or the pre-packaged image.

To illustrate this, we could think of the decolonizing effects of the dark night of the soul of St. John of the Cross. The “one dark night” can serve as a metaphor for the negation of the imposed self. St John of the Cross describes it as: “‘I went out unseen’” (1988: 200). The negation of the self refers mostly to a purgation process that deals with the virtue of “self-knowledge” and a discipline like “letting go” of attachments. Without being attached to any particular object, there is a “delicate and intimate delight of the spirit in love” (1988: 204). In preventing the need to embody the idol erected to promote a lifestyle that isolates dark bodies, going out unseen can be a first step in dispelling terror.

A dark night is meant also for reengaging the world of the self in the very expanding depths of desire grounded in love out of which to cultivate bonds with the self and others beyond the saturation of packaged images. So a second step would be what Anzaldúa describes as morphogenesis, which for her also occurs through the Coatlicue state. In wallowing and sinking “deeper and deeper” into the soul, which like mictlan resembles the “place of the dead,” her “germination” transpires (2012: 70).

There, in the belly of the colony, in what for Anzaldúa are the depths of the “the dark earth” in the soul, a morphogenesis of the self confronts all the negative and evil identified with “darkskinned people” in order to dissolve having espanto (2012: 71 and 69). In that abyss the encounter is with “Darkness, the Night” for the purposes of redefining “the contradictory” of packaged personas—male/female, darkness/light, animal/human, heaven/earth (2012: 71-72). The self becomes  “an agent of transformation,” whose sense of intimacy and affection for the living—herself, others, “turkey, coyote, tree, or human” (2012: 97)—demystifies a symbolic that devalues selves. As if carving bone, and as imaginaries turn “the Borderlands from a nightmare into a numinous experience” (2012: 95), the repair of social sinews that have come out of joint begins.

Decolonization, therefore, is a countermeasure against desoulation. To be free from the images of scarcity and violence is for the transforming process of ensouling selves. By denuding the soul from a packaged sense of reality, selves can experience love in its most co-creative components. That is, in becoming a new composition, selves can evolve with the world interiorly and in the world exteriorly, and soulfully take a counterstance of love against the intimate terrorism aimed at the dark skinned migrant in this era. 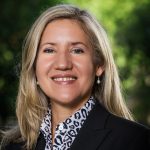 She is the author of Divine Enjoyment: A Theology of Passion and Exuberance published by Fordham University Press (2015), and co-editor of a three-volume project with Peter C. Phan, Theology and Migration in World Christianity published by Palgrave MacMillan.

She  is currently drafting a manuscript provisionally titled, The Darkness of Being, in which she explores views on the soul and interiority with implications for race and gender. She is a member of the American Academy of Religion where she serves in various steering committees, and a member of the Catholic Theological Society of America. 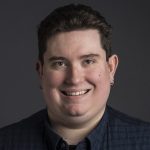 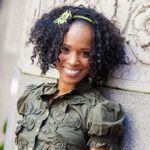 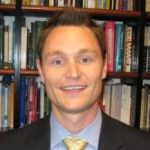 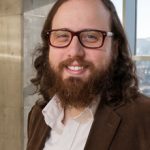 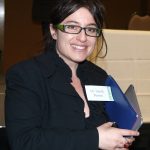