Such problems complicate Catholic social teaching especially because its normative claims emerge from human dignity, an ethical grounding that presupposes a shared idea of the “human.” How then do Catholics work towards the common good when different articulations of the “human” inevitably participate in structures of violence?

Judith Butler’s (they/ she) name and their early publications, especially Gender Trouble, have attained cultural ubiquity, often standing for queer theory as a whole. Roman Catholic officials have frequently caricatured their work, deriding it as resting on an overly voluntaristic account of human embodiment.

These earlier texts on gender introduced a pivotal theme for their work: the meanings political and social relations inscribe on bodies. Their later writings, especially after 9/11, focus on more conventional topics within political philosophy. As a self-identified post-Zionist Jew, Butler delineates a relational responsibility towards communities whose lives are rendered an “Other” by socially conditioned norms. Read theologically, Butler’s work on how “queer” individuals fail to conform to socially constructed norms points to the different types of violence that threaten the new humanity announced by God.

Further, Butler’s work provides resources for dismantling violent universalizing accounts of the human within Catholic theological anthropology. Their political philosophy delineates the socially-conditioned embodied norms dictating who is allocated a livable life. Their philosophy contributes to two theological areas of Catholic concern: embodiment and accounts of discipleship informed by eschatological hope. I will stage a conversation between Edward Schillebeeckx, a thinker whose writing focused on both topics within mystical-political theology, on one hand, and Butler, on the other.

Butler’s philosophy surveys the material relations between bodies and forms of human signification. Rather than construing human bodies as having a brute, ontic facticity upon which we inscribe and extrapolate meaning, Butler demonstrates how embodiment pivots around a dynamic relationality amid human bodies, forms of meaning making, and their surroundings. Under a Butlerian lens, bodies shift and change rather than remain the same. Their depiction of the body contributes to the classically Catholic theme of the body and its sacramental significance.[ii]

Butler’s dynamic portrait of embodiment launches their later work on norms and structures of violence. Since socially-conditioned norms shape human bodies, some bodies are vulnerable to violence due to their failure to fulfill these norms. For example, a transgender woman who was assigned the category of “male” at birth experiences transphobic violence in failing to uphold patriarchal gender norms. An individual with a disability faces institutional violence in a world designed for bodies with different abilities. White supremacy creates a specific norm regarding hierarchical accounts of the human, resulting in the cascade of death and suffering within the wake of colonial modernity.

Norms dictate the relations of bodies to those who are “queer.” The word “queer,” as elaborated in their early essay “Critically Queer,” demarcates a political posture for reimagining and rebuilding a given political and social fabric. This political posture emerges by discerning whose lives are regarded as “unlivable” due to the different categories of violence caused by hegemonic norms. The word also indicates how the terms used in trying to maintain rigid formulations of the categories ascribed to the human inevitably fall apart.

As a result of the material relations of the body, any formulation of the “human,” at least in a broad, universal sense, cannot be reduced to one conceptual articulation. The “human” must be a project in-process. In the revised preface to Gender Trouble, Butler comments on the political work of enacting a “universal” account of the human,

I have been compelled to revise some of my positions in Gender Trouble by virtue of my own political engagements. In the book, I tend to conceive of the claim of ‘universality’ in exclusive negative and exclusionary terms. However, I came to see the term has important strategic use precisely as a non-substantial and open-ended category as I worked with an extraordinary group of activists first as a board member then as board chair of the International Gay and Lesbian Human Rights Commission (1994–7), an organization that represents sexual minorities on a broad range of human rights issues. There I came to understand how the assertion of universality can be proleptic and performative, conjuring a reality for a convergence of cultural horizons that have not yet met. Thus, I arrived at a second view of universality in which it is defined as a future oriented-labor of cultural translation (xviii).

Christianity contains a parallel idea. Eschatology compels Christians to imagine how God will fulfill creation through Christ at the end of time, inspiring a radical conversion and shift in behavior towards new ways of thinking and inhabiting the world. Eschatological images and ideas drive hope in anticipating the arrival of God’s sacred presence within creation. With the futural orientation of Butler’s work, their account of politics sits within an eschatological horizon, one in which the “human” describes a project called into being through political action—a project instantiated fragmentarily in the here and now.

With their social account of subjectivity, Butler’s philosophy of the human provides an enriching conversation partner for mystical-political theology. After having attended the Second Vatican Council, Edward Schillebeeckx studied contemporary biblical scholarship and the critical theory of the Frankfurt School to radically reimagine Christian discipleship. Schillebeeckx’s account of mystical-political theology centers a prayerful way of being in and for the world as a response to the life, death, and resurrection of Jesus of Nazareth and in anticipation of God’s coming into history. This theology prioritizes the defense of the humanum, his term for the new humanity announced by the Reign of God.

The term humanum builds on theological idea expressed by Irenaeus of Lyon, gloria dei vivens homo, translated as glory of God is humanity fully alive. This new humanity materializes in a dynamic relationship including the body along with six other anthropological constants (725-738). For Schillebeeckx, Christian discipleship compels the dismantling of sources of human suffering, those threating this new humanity, as a “proleptic praxis” of the Reign of God. Within this cursory summary, readers should notice immediate overlap with Butler’s political philosophy: a focus on terms ascribed to the “human,” a concern with violence as undermining human dignity, and political projects framed within an eschatological horizon.

In Schillebeeckx’s mystical-political theology, knowledge of God does not appear through direct experiences but through contrast. He labels these dialectical experiences “negative contrast experiences.” As we reach a limit, be it due to injustice or human finitude, we have an ability to imagine something greater and better. Negative contrast experiences, such as those identified as dehumanizing violence, inspire hope that anticipates a new world demanding to be birthed into being.

Likewise, recalling Butler’s work, those who do not consider themselves aligned with specific embodied norms, such as gender, invite us to reconsider what is possible for the human. For Schillebeeckx, any account of the human remains caught up within the contextual residue of socially-inscribed presuppositions.

Christian discipleship, grounded in defense of the humanum, takes place within the messy ambiguities of history and dialectical experiences of contrast. Any instantiation of the humanum is socially conditioned and never fully actualized within history. Hope animates Schillebeeckx’s anthropology—the anticipation of meaning within history, especially when that meaning remains threatened by the apparent injustice and suffering that make up human lives.[iii] So, the humanum remains “fragmented and incomplete” this side of the eschaton (259). Schillebeeckx summarizes,

What this humanum is positively is only expressed in plural, fragmentary and mutually contradictory positive views of man, but this commitment to the threatened humanum is what can be found in all these plural forms and it is this that constitutes the universal pre-understanding of all these different views of man. A sphere of meaning is revealed in the negative experiences of contrast in our personal and social life, since such experience of contrast would be impossible without this. What is positive in it, however—the sphere of meaning—is only expressed in critical opposition to what is inhuman in the situation, while the positive expression of it disintegrates at once into pluralism. This critical attitude does not disavow the humanity that has already been attained; it is simply opposed to what has been attained if it shows a tendency to perpetuate itself and therefore threatens to inhibit what P. Ricoeur has called ‘what is humanly desirable’ (58).

Existing in fragmentary bursts, the humanum bears eschatological tension, the “already-but-not-yet” account of the Reign of God: the new ways of being human helping to reimagine social worlds.

In framing Butler’s philosophy within an eschatological horizon, an experience of being “queer,” a deviation from an embodied norm, urges a reconceptualization of the humanum to counter dehumanizing violence. Butler’s work, at least for Roman Catholic forms of social activism, means the defense of human dignity remains an ongoing endeavor amid the conflicts of political and social strife. We might extend Butler’s concerns to the material relations concerning ability, ageism, or neuro-divergence, in addition to ideas ascribed to gender and race.

Butler’s contribution to a queer Catholic political theology invites new approaches to the defense of the humanum. Such a quest is always in-process, never ossified, and colored by eschatological tension: hope within the conflict-ridden and gradual fulfillment of the Reign of God within human history. Butler’s philosophy of the human, as indicated in those rendered “queer” by socially conditioned norms, obligates Catholics to carefully consider the material relations of the body, how bodies acquire social meaning, and how those bodies ought to be defended from the myriad forces of dehumanizing violence in hopes of bringing God’s presence into history.

[i] For a detailed account of the aforementioned and many other problems concerning theological anthropology, see T&T Clark Handbook of Theological Anthropology, eds. Mary Ann Hinsdale and Stephen Okey (London: T&T Clark, 2021).

[ii] For a paradigmatic example of this, see Louis-Marie Chauvet, Symbol and Sacrament: A Sacramental Reinterpretation of Christian Existence. For a contemporary example, see Copeland, M. Shawn. Enfleshing Freedom: Body, Race, and Being. Maryknoll: Orbis, 2010. See also Jacobs, Brianne. “An Alternative to Gender Complementarity: The Body as Existential Category in the Catholic Tradition” Theological Studies 80, No. 2 (2019): 328–345. 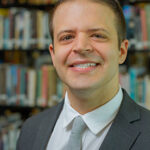 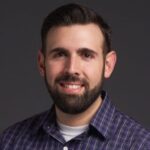 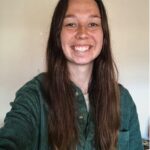 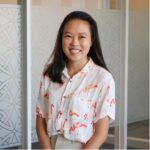 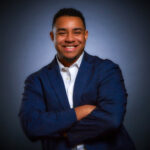