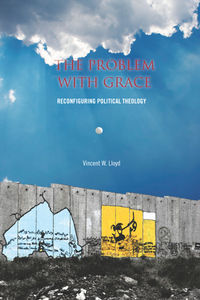 This is the second half of conversation between Inese Radzins and Vincent Lloyd about his latest book, The Problem with Grace: Reconfiguring Political Theology.  For the first half, go here. The interview resumes with Inese’s previous question.

IR: ‬ I see where you are going…but I might argue that taking control of the world by organizers and social movement is also a theoretical enterprise (but we can save that conversation for another day…).  Let’s turn to another topic: One of the most interesting aspects of the book is that you are moving the conversation about political theology (Schmitt, Lilla, et al) in a different direction (in this sense, you may be a kind of postmodern Spinoza).  This includes the call for questioning supersessionism, exposing mystifications and enchantments, and questioning various hegemonies of the visible. Would you venture a definition of your political theology?

IR:  I am wondering about the audience for the book. Can you say about who you thought might read the book? When you were writing did you “intend” any particular audience/s?

VL: I was especially interested in writing to those scholars and students participating in the conversations about secularism happening in the interdisciplinary humanities, as well as to theologians. In some ways I regret that the book is not more accessible (or, readable); the project I’m working on now hopefully will be.

IR: One of the recurrent themes in the book is ethics and, in particular, the relationship between norms and practices. Can you say a word about (1) your rereading of their “proper” relationship and why this is so very important for ethics.

IR: So, both norms and practices are completely “social” (in the Marxist sense of being socially constructed)?

IR: Can you offer an example?

VL: Whether or not one claims to be thrifty, if one acts in a thrifty way one is thrifty — what one does determines what one is. Whether or not people claims to be in an organization, if they act together as if they are in a group the practice trumps the claim about existence. Practices are reified, which of course has real effects, but the practices remain foundational.  Of course there’s a desire for the reification — like in How I Met Your Mother when Robin and Barney start sleeping together.  The others want them to name their relationship, so that norms can apply — norms that, of course, would only imperfectly represent the practice.

IR:  What is the “place” for norms or practices in ethics? Are they an analytic tool?  A way of understanding how we act, or live, or what we do? It seems that in your rethinking of their role, they may be “seriously” displaced…

VL: Yes, I would basically agree with the virtue ethics position that ethics is about character (with the addendum that a crucial quality of character is being able to identify and challenge the mystifications of power), and the idiom of practices and norms provides a way of more concretely describing what excellence looks like. That being said, I think the thing that the practices/norms idiom is gesturing towards is philosophically (and not just ethically) central. I agree with people like Judith Butler that we inhabit social norms — or, more precisely, we are constituted by social norms, and that they never quite fit us. I find Butler’s suggestion that the human is that which marks the failure of representation (e.g., the failure of norms to describe our practices) very helpful.

IR:  I am going to shift topics a bit and this may relate to the idea of “excellence.” Your critique of supersessionism, enchantment, hegemony, mystification (etc…) leads you to call for a non-redemptive idea of theology/politics. Can you speak to this?

VL: I think fantasy contaminates political perception and judgment. Redemption, understood in a certain way, offers a paradigm of fantasy: if we just act rightly, then all will be ok. It’s that desire to lay out a description of right (political) action that I think is a very problematic fantasy, clouding our view of what the world is really like. And to have excellence, politically or ethically, requires seeing the world rightly.

IR: But doesn’t seeing rightly also preclude excellence (if that is understood as something whole, or complete, or fulfilled)?

VL: I’d distinguish between a negative and a positive sense of “rightly.” In the positive sense, to act rightly is to act according to certain criteria. In the negative sense, the sense that I commend, to perceive (or act; I think perception and action are part of the same movement and can’t be disentangled) rightly is to perceive without fantasy, or without distortion. We can’t say what that would look like. And it is not achievable in our fallen world: it’s aspirational. Basically, instead of aspiring to get the world right, I want to aspire to get the world less wrong. I think there’s a huge difference between the two.

IR: In getting the world less wrong I hear an echo of both Simone Weil (and perhaps also Gillian Rose, James Baldwin and Kafka). Does this getting it less wrong relate to the idea of the middle that we began the conversation with last week? And, if so, is there a connection here to Rose’s “middle”?

VL: Yes, I think the four authors I draw on in the book, Kafka, Baldwin, Weil, and Rose, share that rejection (or reinterpretation) of redemption. For Rose in particular, the middle, which is where we find ourselves, is always already broken — but that is not a reason to despair, nor is it a reason to hope. It’s a reason to work, to identify specific injustices, to imagine ways of addressing those injustices, and to enter the fray.

IR: I think I have covered most of the questions I wanted to ask.  Do you have anything else you want to add about the book?

VL: The only thing I would add is something that I’ve been thinking about much more since: how the book addresses race. In a sense, the four protagonists, Weil, Rose, Baldwin, and Kafka, are all racially liminal, and grappling with that liminality in a way that suggests racial and religious complexity are deeply intertwined. I’m excited about thinking and writing more about such issues in the future. Thanks so much Inese for doing this! It’s very flattering that you think the book is worth taking the time for an interview.

Inese Radzins is Assistant Professor of Theology at the Pacific School of Religion and Graduate Theological Union in Berkeley, CA where she teaches courses in constructive, feminist and political theologies.  Her research interests lie in the intersection of modern religious thought, philosophy, women’s/gender studies and political theory.  Dr. Radzins has published articles on Simone Weil’s thought, the theology of Emanuel Swedenborg and is currently working on a manuscript that explores the relationship between politics and cosmology in Weil’s oeuvre. 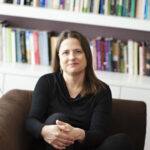 One thought on “Reconfiguring Political Theology: an interview with Vincent Lloyd (Part 2)”