“That which does not kill us makes us stronger,” Nietzsche wrote.

As the global neo-liberal order slowly unravels before our eyes, that recognition holds more true today than ever.

Or, Why Political Thought and Political Theology Should Prefer NOT to Indulge in Moral Posturing

“That which does not kill us makes us stronger,” Nietzsche wrote.

As the global neo-liberal order slowly unravels before our eyes, that recognition holds more true today than ever.

The growing military aggressiveness and resort of the former Communist states —mainly Russia but to a lesser extent China — to what the Germans call Faustrecht (“the law of the fist”) in demolishing whatever fantasies we may have had about the evolution of a multi-polar, peaceful planetary ecumene in the twilight of American empire, is not some accident of history.

In fact, anyone with a real understanding of history could have foreseen the outcome quite easily.

This month’s pundits, like all Monday morning quarterbacks, are all of a sudden fond, for example, of citing Russia’s historic imperial past, its centuries-long national self-designation as the “Third Rome”, and of course of Putin’s own KGB background as factors we all knew but chose to ignore.

But that is beside the point.  If Russia were not all at once behaving like, well, Russia, there would have soon been another totally unanticipated crisis elsewhere — what the now famous statistician, social theorist, and economist Nassem Taleb dubbed a “black swan” — to puncture our carefully nourished illusions derived from our militantly wishful thinking that over time achieved the status in our minds of objective truth.

Taleb himself is well-known for having foreseen the 2007 financial crisis coming for these very reasons and now for his almost evangelical determination to start preparing for the things we cannot predict, or habitually fail to reckon with.   In this regard Taleb is merely amplifying the insight of the ancient Ionian philosopher Heraclitus who observed that “unless you expect the unexpected, you will never find truth.”

As the French philosophers Gilles Deleuze noted half a century ago in his pioneering study entitled Nietzsche and Philosophy, the postmodern world, which the prophet of Sils Maria uncannily envisioned, is not a billowing sea of tranquility, but a roiling tempest of forces.

Adrift on such a dangerous ocean — within what Nietzsche termed the “horizon of the infinite” where suddenly we lose all sight of land — we are more likely to be “killed” than not.

As chaos theory — of which Taleb’s black swan theory is a derivative — instructs us, the tiniest and least discernible incongruities rapidly accelerate into devastating disturbances that upset and redistribute the momentum of the entire system.  The greatest danger to our livelihoods and political equilibrium, Taleb insists, is our self-deluding notion that fragility, passivity, and vulnerability are positive values.

I myself would call it the arrogance of our moral innocence, the self-righteousness of those, increasingly common in our own generation, who are totally and foolishly convinced that we have indeed reached what Francis Fukuyama, reviving a misty philosophical expression first employed by Hegel in order to christen the chimerical triumph of global neo-liberalism with the crumbling of the Soviet Union, dubbed “the end of history”.

On the contrary, we are witnessing today what Alain Badiou terms the “rebirth of history,” which is at once the reinvigoration of political theory – and political theology for that matter.   Political thought without a profound sensitivity to the drama, contingency, and even emergency of history is not only wrong-headed, but reckless and reprehensible.

Furthermore, the inception of a strategic concept for responding to this emergency is the essence of the political and hence the grist for theorizing as well as “theologizing”,  according to Badiou.

In his own book entitled The Rebirth of History, Badiou argues that both politics and revolutionary action are “organized on the condition of an Idea,” insofar as the “the process of political truth is rational, not nondescript” and “applies itself to unfolding in reality the particular consequences of principles.”

All the current breast-beating and hair-pulling in America about Putin’s moves in Eastern Europe demonstrates the kind of noxious and self-aggrandizing claims of high moral purpose that has characterized liberal internationalism from Wilson to Clinton and Obama, not to mention George W. Bush with his “we will not waver, we will not tire” style of rhetoric.

Moral posturing, while rhetorically extolling the greatness of “democratic” ideals, then either ordering vast troop deployments (as the last administration did) or ineffectually lecturing our adversaries for not playing by our rules (as the current administration invariably chooses to do) does not in any sense equal the “political” in the manner Badiou himself suggests.

The political is tantamount to the active force of history, requiring both insight as well as conscious and strategic deliberation about when and how to respond.

Our politics today is the pseudo-politics of what Nietzsche regarded as a pure reactivity intimately associated with a morality-charged hyperidealism that he named resenntiment , a narcissistic pathology  borne of our preoccupations under present democratic conditions with both personal identity and polarized ideologies.

As Foreign Policy columnist David Altmann stresses, it is Putin the anti-idealist, rather than us, who is the true “rational actor” today.   “Why can’t [Putin] just be a nice guy?” Altman asks.  “Can’t he be reasoned with? This handwringing misses the point. In fact, reasoning is his strong suit — and the West could learn a lot from him.”

Putin, in fact, is the one who truly understands history in such a way that he comprehends politics much better than, say, a constantly exasperated John Kerry, who increasingly sounds like Rodney King after the Los Angeles riots that actually killed people – “why can’t we all just get along?”

In this year commemorating the centennial of the Great War when history happened unexpectedly with a fury and forcefulness that remade the political landscape in ways not seen since at least the Napoleonic era, we are well to be reminded that innocence of history is always, and without fail, a disaster waiting to happen.   And when it happens, given the sophistication of our historical knowledge, as Nietzsche rightly understood, we are indeed, as Paul would have put it, “without excuse.”

At the same time, the experience of almost being “killed”, as Nietzsche reminds us, has the unmistakable potential to strengthen us, both individually and collectively.

In our romantic nostalgia for the virtues of our grandparents who slogged through the Great Depression and World War II, once named both famously and somewhat fatuously by television new anchorman Tom Brokaw “The Greatest Generation”, we forget that historians once reminded us that the same would-be heroes and heroines resisted for far too long on both the domestic and international stage to take action when action was called for, or to become embroiled in the exigencies of their own times.

That generation’s much vaunted readiness to respond to epochal challenges, especially when confronted with the apocalyptic financial collapse of the 1930s and the menacing rise of Hitler in Europe, has become something of an urban legend.  Its natural instinct was more akin to those of Herman Melville’s character Bartleby the Scrivener, who uttered the famous words “I would prefer not to.”

Today as well, because we barely understand what Hegel termed “reason in history”, we too would prefer not to.  But history has little respect for our preferences, and inflicts its “terrors”, as James Joyce darkly put it, quite arbitrarily and indiscriminately.

John Maynard Keynes was of course quite right when he declared “in the end we are all dead.”  But the choice still remains ours, as both as a nation and a generation, to live a while longer and with a “purpose-driven” determination, all the while preferring not to drown in the surging tide of history. 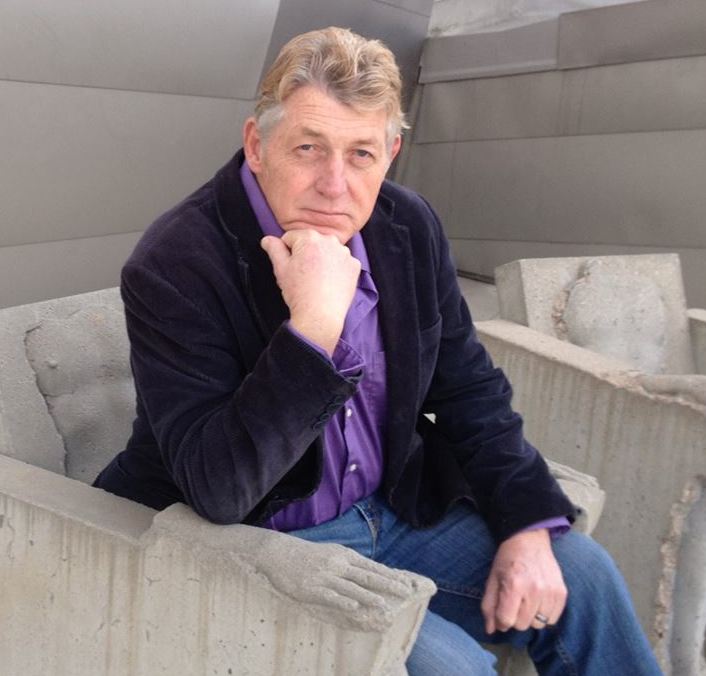 Carl Raschke is Professor of Religious Studies at the University of Denver, specializing in Continental philosophy, art theory, the philosophy of religion and the theory of religion.   He is an internationally known writer and academic, who has authored numerous books and hundreds of articles on topics ranging from postmodernism to popular religion and culture to technology and society.

His most recent books are Postmodern Theology: A Biopic and  Critical Theology: An Agenda for an Age of Global Crisis(IVP Academic) and Force of God: Political Theology and the Crisis of Liberal Democracy (Columbia University Press, 2015) .