This symposium celebrates George Shulman’s work on political theology by continuing the conversation that formally concluded when Shulman’s “Political Theology” seminar met for the last time in the spring of 2021.

George Shulman taught an undergraduate seminar on political theology many times over the course of his long and distinguished career. While the syllabus of this weekly, two-hour seminar varied, he and undergraduate students typically spent the first half of the semester reading the Hebrew Bible and Christian Gospels. In the second half, they turned to a mix of modern and contemporary commentators, including Friedrich Nietzsche, Karl Marx, Sigmund Freud, Fyodor Dostoyevsky, and Franz Kafka, as well as Frederick Douglass, James Baldwin, Allan Ginsberg, among other thinkers on American civil religion.

Apart from the first session, Shulman did not give lectures. Instead, he wrote letters in response to weekly seminar discussions and students’ written reflections. These “Letters on Political Theology” are the subject of this symposium.

Shulman has previously provided more detail about the way he approaches the seminar–and the topic of political theology–on this website. Contributors to this symposium will discuss Shulman’s substantive arguments about political theology in the weeks ahead. Rather than provide an overview of the content of Shulman’s letters and the contributor’s responses to them, I will use the remainder of this introduction to reflect on letter writing and what I take to be Shulman’s commitment to (a different kind of) teaching, one needed now as much as ever.

Beginning with genre, these letters were not intended for an abstract academic audience. Unlike a traditional manuscript, Shulman does not situate his “view” in the existing literature, nor does he preempt potential objections to his approach. Unlike a series of lectures, the letters are not “delivered” to dozens or even hundreds of anonymous undergraduates in a cavernous lecture hall. Shulman’s letters are shaped by particular discussions with particular students. They are genuinely dialogical. Shulman, to be sure, exercises authority. But this authority is democratic, both in theory and practice. Regarding the latter, that Shulman’s letter writing letters evinces the call and response nature of the seminar. As to the former, Shulman asks students to move beyond orthodox (what Shulman calls “priestly”) readings–secular and religious alike–of sacred texts and commentaries. His letters celebrate and challenge more than correct or critique, always drawing students’–and our–attention to the text’s unresolved tensions, contradictions, and potential lines of flight.

Symposium contributors read these letters in their original form–they are addressed to students in Shulman’s final political theology seminar. Thus, this symposium picks up where Shulman and his students left off. As such, what follows is less an author-meets-critics affair than a few extra sessions of a course that decided to keep on meeting. Some contributors are responding to one of Shulman’s letters, while others speak to several or all of them. For me, the fact that responses move in many different, and even conflicting, directions is a feature rather than a bug of this symposium. Indeed, as I discuss in more detail below, it seems to be a feature of Shulman’s teaching. Shulman will conclude the symposium with another letter, tying things together or, perhaps, pulling them apart. The hope, of course, is that readers will continue the conversation.

Lectures are often edited, published, and discussed. Yet, that exercise always seems tangential to the types of teaching that open up rather than foreclose, that precipitate or foster something that Stefano Harney and Fred Moten might call “study.” Shulman’s letters bear traces of a different way of relating, not only to the text, but also to each other. New forms of life, in other words, were explored and manifested. Shulman’s teaching, then, is also (un)timely. Our current moment, which Shulman has argued elsewhere is better characterized by interregnum than impasse, needs teachers and students committed to both critique and transformation; the refusal of the old as well as the affirmation of the new.

All this is easier said than done. One cannot merely tell students to “read against the grain.” As most teachers know, talk is cheap (perhaps that’s why lectures are so common). There’s also much more to Shulman’s seminar than critical analysis. To be sure, the architecture of an argument is important. But even Hobbes seemed to grasp that life together is not merely mechanical. How, then, does one think or relate to this excess?

Shulman’s final questions for his students, I think, gestures towards an answer–or, perhaps, a disposition:

How you read these texts will tell you about yourself, because our readings inescapably manifest how you ‘read’ and engage the world beyond the text. Do you read for contradiction and ambiguity? Do you allow yourself to be seduced by a text, undone, opened up, only later recovering or achieving critical distance? I hope we have made steps in learning to begin with humility rather than arrogance about one’s preconceptions, to put one’s assumptions and identity at risk, to surrender–at least at first–to the experience a text creates. I think that is the only path to real learning–by surrender and risk. Consider the contradictions in the text not as a fault (the mote in its eye, while a plank is in your own) but as illustrative or instructive–ask, what is going on here, what is the author struggling with, trying to dramatize, what problems and questions is the text raising, addressing, or answering? Are they our problems and questions, too? Ask, too, what questions or issues are being avoided or covered over or falsely resolved? In what ways does the text “answer” the questions it asks or raises? Does it complicate its answer? Suggest there is no solution? Show the necessity of the question but the plurality and contingency of how it can be answered? Imagine your relationship to the text, your way of reading, as a mirror of your relationship to life, your way of living. To consider how to read is always to consider how to live, and each is, at once, a personal and political question.

Shulman might caution against (my) romantic conception of the seminar–as he notes in his letters and elsewhere, there’s no escape from the politics of our shared lives together–yet the conversation that unfolds in these letters suggests that something otherwise emerged around the seminar table. As anyone tasked with “leading” a seminar knows, however, that’s not how things always or often go. I have felt stuck by week five. After more than a decade of teaching, I have had few conversations on such matters–and even fewer models. Spending time with Shulman and his students provides me with one.

Finally, I think Shulman’s letter writing and commitment to (a different kind of) teaching bespeaks a substantive “political theology,” if one must call it that. Not an account of sovereignty to be defended nor a theory or philosophy of politics to be explicated, Shulman’s political theology seems better characterized, I think, as a way of reading and living with others. One seeking new forms of life together in a world driven towards death, forms of life (and death) that cannot be contained by categories like the sacred and secular. This democratic praxis bears witness to suffering, as the prophets demand. But it also recognizes that our collective commitments to justice always be recreated.

There is, of course, much to be said about the substantive content of Shulman’s seminar. Yet I hope these introductory comments make clear that the symposium that follows might be understood as dialogue instead of an appraisal of someone’s “work”—an additional class or two rather than a Q and A after a presentation.

Unsurprisingly, Shulman’s account of prophecy, the subject of his most recent book as well as several essays and chapters in edited volumes, draws lots of attention, both from seminar students and contributors in this symposium.

In many ways, reading and teaching the prophets seems to have worn off on Shulman. Yet as Satkunanandan notes, while Shulman defends prophetic poesis, he is no petty prophet. He resists the all-too-familiar temptation to prophesy. This is not because he shies away from truth-telling. As Kahn discusses, Shulman’s Baldwin-inflected critique of white supremacy is anything but staid: contesting the political theology of white supremacy requires more than liberal proceduralism or (public) reason. But Shulman, as Pickett points out, also refuses philosophy and theory; he turns instead to that prophetic poesis or alter-faith. This faith, perhaps, opens up new worlds untethered to the human that modern political theology birthed. So suggests Walker. Inouye thinks that such a faith must be connected to church, as Gramsci defines it–that counter-theologies also need counter-organizations. An alter-faith without works is dead, perhaps. Heschel probes the limits of prophetic poesis while bringing Abraham Heschel’s voice to the discussion.

Shulman will write the last letter of this symposium. However, as is always the case with the best teaching, the conversation will continue long after the seminar concludes.

Introduction: Poetry and Politics in Blake

From Theodicy to Tragedy: the Book of Job

From (Hebrew) tragedy to (Christian) redemption

Modernity I–The Idea of Secularization from Paul to Marx

Concluding comments on this course on political theology 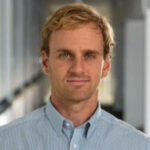 Isak Tranvik is a Minneapolis-based teacher and writer. 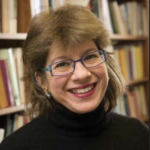 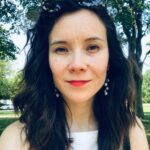 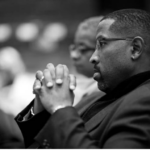 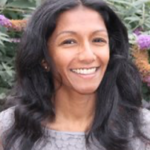 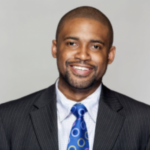 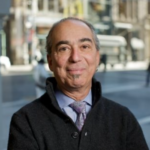