The following is the first of a short series on partition and/as political theology, which will be published in the journal Political Theology in 2024.

2021-2022 marked two major (post)colonial anniversaries: the centenary of the Partition of Ireland in May 1921 and the 75th anniversary of the Partition of India/Pakistan in August 1947. As Britain’s first and largest colonies, respectively, both Ireland and India have been home to longstanding anticolonial movements. On the island of Ireland, Partition turned out to be a step towards the Republic of Ireland’s eventual achievement of independence (Northern Ireland, by contrast, remains a part of the United Kingdom).[1] In the case of India and Pakistan, it was coterminous with independence itself.

In both cases, Partition’s specter continues to haunt the political landscape. In the Irish context, divisions persist between those who seek a united Ireland and those who are loyal to the British Crown. Almost twenty-five years since the signing of the Good Friday/Belfast Agreement, which formally brought to an end the Troubles (the thirty year violent conflict between Northern Ireland’s [predominately Catholic] Irish nationalist and [predominantly Protestant] British unionist communities), the implementation of Brexit has brought renewed focus—and renewed tension—to the relationship between the Republic, Northern Ireland, and the UK. In the case of South Asia, the Partition resulted in mass killings, sexual violence, and plunder, accompanied by waves of forced migrations: between 11 and 18 million refugees are estimated to have moved between India and Pakistan in its aftermath. British colonial policies fostered sectarian divides in both Ireland and India. In British-controlled India, for example, the Empire actively fomented polarization between religious communities in order to project itself as a transcendental umpire. The legacies of colonial divide et impera still shape the region today, fueling right-wing sectarian nationalisms.

Comparable to early modern European confessional state-building and civil wars, these twentieth-century Partitions can be seen to demonstrate the links between modern centralized state sovereignty and what is often framed as “religious violence.” Human sovereign violence draws legitimacy from divine violence, as the human state moulds itself in the image of the divine lawgiver. We argue that Partition embodies, par excellence, the violence of colonial political theology.

In considering the drama of Partition, we have turned to drama itself. How can art—in this instance, theatre—help us understand the intergenerational trauma of Partition and the divisions it marked, formed, or deepened? And (how) might it help us move beyond them? Can art nurture counter-political theologies that resist the troubling nexus between centralized state-building and confessional majoritarianism? Can art promote decolonial political theology?

The White Handkerchief, directed by Kieran Griffiths, tells the story of Bloody Sunday, the 1972 massacre in which British soldiers shot at unarmed civilians during a civil rights march in the Bogside, a predominately Catholic area of Derry, Northern Ireland.[2] Thirteen people died on Bloody Sunday itself, while others sustained life-altering injuries.[3] Seven of those killed were teenagers. The play’s title references the most famous photograph of the massacre, in which Catholic priest Fr Edward Daly waves a bloodied handkerchief before him as a group of men carry the fatally-wounded body of a 17-year-old boy in search of medical treatment.[4]

Widely regarded as one of the darkest days of the Troubles, Bloody Sunday left a legacy of pain that time has not healed. Despite a public inquiry finding that none of the victims had posed a threat, that British soldiers had lied about their actions, that Bloody Sunday had “exacerbated the violent conflict of the years that followed… and [was] a catastrophe for the people of Northern Ireland,” no one has been held accountable for the events of January 30th, 1972. The relatives of those killed continue to fight for justice for their loved ones.

The White Handkerchief premiered at the Derry Playhouse on January 30th, 2022, the 50th anniversary of Bloody Sunday. It is the first in a trilogy of plays focusing on the Troubles and the subsequent peace process. You can watch the play’s trailer here.

Bratya Basu’s play Hridipash (2016) adapts Sophocles’ Oedipus Rex into Bengali, in order to present the Partition as an Oedipal tragedy in its broadest sense—in Basu’s conception, involving the murder of the fatherland and the violation of the maternal country. Drawing on ancient Greek as well as Indian cosmologies about fate/destiny, Basu portrays the Partition as the playing out of Moira/Niyati in history—ancient and modern social divisions inexorably fueling sacrificial cycles of violence. Against this liturgy of violence, Basu invokes an archaic indigeneity. If there is any possibility of redemption, it would lie in Hindus and Muslims recognizing their common ancestry—an ancestry that is much older than modern religious divides, and that indeed connects Indians of these religious traditions with their Adivasi (Scheduled Tribe/Indigenous) kin. Basu invokes Adivasi gods to embody this primordial unity. Rooted community, through subaltern collective politics, promises to expiate the originary guilt of fragmentation of Being.

With the death of Queen Elizabeth II prompting renewed reflection on the legacy of British imperialism in the United Kingdom and its former colonies, we present these conversations as a contribution to ongoing efforts to examine the afterlives of Partition—including possibilities for justice, peace, and reconciliation.

[1] The British initially partitioned the island into Northern and Southern Ireland (a designation largely rejected by the South). By December 1922, Southern Ireland had been superseded by the Irish Free State, later to become the Republic of Ireland. Although it existed as a political entity for less than two years, the term “Southern Ireland” has had a strange renaissance in recent years, with British commentators often describing the Republic as such when discussing Brexit in the press.

[2] The Northern Ireland Civil Rights Association had organized the event to protest against the introduction of internment without trial in 1971. Internment lasted until 1975. The overwhelming majority of those interned were from Catholic nationalist backgrounds.

[4] Jackie Duddy, the boy in the photograph, was likely the first person to be killed on Bloody Sunday. 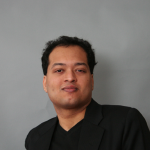 Milinda Banerjee is Lecturer in Modern History at the University of St. Andrews, where he directs the MLitt program in Global Social and Political Thought. He is the author of The Mortal God: Imagining the Sovereign in Colonial India, published by Cambridge University Press in 2018.

Partition as Oedipal Tragedy: A Conversation between Bratya Basu and Milinda Banerjee

“Across all classes and strata, Bengalis live this double existence – we live like Don Quixote.”