As I near completion of my doctoral study in political theology, I find myself reflecting on the difficulty of defining my area of inquiry. Many doctoral students dread the incessant, yet inevitable, question: “what’s you’re PhD on?” I am fortunate in that my thesis is tightly defined and readily explicable, with the ability to draw on different layers of detail and complexity according to listener interest (real or feigned).

The question I dread far more is: “what is political theology?” I have found myself having to answer this most reasonable of questions time and time again. It is invariably asked by Christians and atheists alike.

Part of the difficulty in answering this question stems from the proliferation of definitions advanced in scholarship. People do not want to be given ten different definitions in answer to such a question. And even choosing one of the less abstruse definitions can still leave the questioner nonplussed. Pointing out that the definition is “contested” and difficult to define often seems to just confirm people’s worst prejudices about out-of-touch ivory towers. In what follows I will briefly analyze several definitions of “political theology” in an effort to show that there is a common deficiency across all of them. I will then suggest that political theology is perhaps better conceived as an “art,” without denying that it is also an academic discipline. I will conclude by offering my own definition of “political theology” for critique.

I begin with Cavanaugh and Scott’s popular definition in the Blackwell Companion to Political Theology:

Political theology is, then, the analysis and criticism of political arrangements (including cultural-psychological, social and economic aspects) from the perspective of differing interpretations of God’s ways with the world (1).

The problem with this definition revolves around the opacity of the term “political arrangements.” It is ill-defined and open-ended. Its linkage to the categories “cultural-psychological,” “social,” and “economic” clearly envisages a very broad scope, even if qualified somewhat by the equally vague phrase “some aspects.” In this context “political” appears to relate to aspects of the entire gamut of human experience.

This picture is confused somewhat by a further definition of “political” provided by Cavanaugh and Scott that appears to envisage a much narrower scope of application than “political arrangements”: “The political is broadly understood as the use of structural power to organize a society or community of people” (1).

…the concept of “political theology” connotes, as Jan Assmann suggests in Authority and Salvation: Political Theology in Ancient Egypt, Israel, and Europe, the “ever-changing relationships between political community and religious order, in short, between power [or authority: Herrschaft] and salvation [Heil].” Yet its contemporary range and implications reach further and encroach upon the central questions of political philosophy, in its comparative anthropological, sociological, economic, and juridical varieties, from which its original metaphysical impetus must also be distinguished. In addition to theorizing “the political,” “political theology” also enters into relationship with urgent questions of daily “politics,” without, of course, being immediately (or fully) rendered (or contradicted) by them (25).

This definition is, to put it mildly, convoluted. We have the concepts “political community,” “religious order,” “power,” “political philosophy,” “juridical varieties,” and “metaphysical impetus.” We also have the activities: “encroaching upon,” “theorizing,” and “entering into relationship.” Is there a definition of “political” here? The closest de Vries comes to defining “political” is to apparently equate it with “power.”

Hovey and Phillips offer a more succinct definition in The Cambridge Companion to Political Theology:

…an inquiry carried out by Christian theologians in relation to the political, where the political is defined broadly to include the various ways in which humans order common life (xi-xii).

Not all definitions are so broad. Wolterstorff defines “political theology” in The Mighty and the Almighty as:

The virtue of Wolterstorff’s definition is that it applies a more restrictive, and hence more manageable, scope around the notion of “political.” But has he said enough in merely identifying the “political” with the “state?” Is there a Palestinian or Kurdish politics? What about the U.N.? What about a transnational organization like ISIS? And what of political communities that predate the emergence of the “nation-state?” The state, like most political concepts these days, is highly contested. So without further elaboration or qualification, simply identifying the “political” with the “state” will strike many as too simplistic.

A different type of definition is offered by Oliver O’Donovan in The Desire of the Nations:

The name ‘political theology’ is generally given to proposals…which draw out an earthly political discourse from the political language of religious discourse (2).

The religious discourse O’Donovan has in mind is the Bible and its interpretation and application by the church throughout history. But this definition still leaves open the question of what precisely the “political” in “political discourse” denotes, other than that the “political” and “theological” are interwoven: “theology is political simply by responding to the dynamics of its own proper themes” (2).

In spite of their obvious differences, these definitions all share a common characteristic: imprecise and vague notions of “political.” It is true that they can be sorted according to a spectrum running from expansive to restrictive definitions, but it is difficult to say anything more precise than that.

This is not to say that these definitions are wrong. None of them makes a category mistake, such as suggesting that “political theology” investigates the mating habits of stick insects. Few would demur that “politics,” however conceived, does legitimately involve discussion of “power,” some aspects of “social,” “economic,” and “cultural” activity, and “states.” But what does it say about “political theology” that one of the constitutive concepts in definitions of it has such an opaque function?

It is worth highlighting two additional factors that compound the confusion around the term “political theology.” Firstly, there are disciplines on either side of political theology that intersect and plough common ground. On the political side of the equation is political philosophy and political science. On the theology side is “public theology.” On both sides is “political ethics,” Christian and secular. The precise differences and inter-relationships of these disciplines are far from clear. But scholars generally identify with one, rather than one or more of the others, indicating that there is at least some practical difference between them.

In another post, “Political Theology Needs to Grow Up and Become a Real Discipline,” I maintained that political theology “is strong in theology and weak in politics.” I believe evidence of this weakness can be seen in the opaque and ill-defined conceptions of politics seen in many definitions of “political theology.”

But this criticism ought to be tempered by Karl Popper’s wise aphorism in Unended Quest: An Intellectual Autobiography, that  “…one should never try to be more precise than the problem situation demands” (24). The fact of the matter is that “politics” is a complex phenomenon, demanding a complex definition. It is important to remember that the complexity of the term “political” is brought to, rather than caused by, political theology.

In his thoughtful critical engagement with my aforementioned post, Edwin Bacon rightly drew attention to the fact that consensus over terminology is neither incompatible with nor undesirable in scholarship (see “Why Exactly Does Political Theology Need to Become A “Real Discipline”?). So we needn’t get overly perturbed by definitional pluralism. But the problem with political theology, as I see it, is not so much the lack of consensus about how to define the term, as the apparent inability to provide any clarity around the constitutive concept “political.” It is difficult to engage in critical theopolitical debate when such a central concept of the inquiry is so opaque.

It is also important to keep in mind that “political theology” is not only an academic pursuit. All Christians unavoidably must do some thinking about faith and politics, even if it is just to turn their backs on the latter. More importantly, Christians who venture into politics as a vocation do not have the same luxury of celebrating theoretical diversity that scholars do. As a necessity they must come to concrete judgments about particular political questions and be willing to see those judgments implemented.

There is a tendency these days to define “politics” very broadly, sometimes ad absurdum. Kenneth A. Shepsle, in Analyzing Politics: Rationality, Behavior, and Institutions, by way of example, says “politics” is “utterly indistinguishable from the phenomena of group life generally (11). This definition appears to negate the very possibility of regarding “politics” as a distinct phenomenon, a rather counter-intuitive conclusion for a book called Analyzing Politics. If “politics” is to be a meaningful category at all, then, it must be capable of distinction. It must, in other words, work from the premise that there are both political and non-political activities in human life, and draw some distinction between them.

I believe what is required is some foundational concept from which a definition of “political” can be built. I propose “governance,” which I construe as “the institutions, rules, and administration of authority” (this is a modification of the Oxford Concise Dictionary of Politics entry for “government”). The virtue of anchoring our definition of “political” to “governance” is that it makes the foundation something concrete and tangible, i.e., something that can be described, rather than some abstract principle.

Governance has the flexibility to accommodate the breadth and depth of diverse “political arrangements” past and present. Democracies, dictatorships, and everything in between have institutions, rules, and mechanisms for administering authority. “Governance” can also be identified and described in the multiplicity of political arrangements of the past, whether the Athenian democracy of Pericles, the Abbasid Caliphate of Harun al-Rashid, or the Iroquois League. “Governance” can also be observed in non-state entities like the U.N. and even ISIS.

With this foundation set, the question then becomes how far to extend the notion of “governance,” or how far beyond “governance” to stretch the notion “political”? As O’Donovan astutely observes in The Ways of Judgment, even a poem, in the right context, can be “political” (55). I propose a rather pragmatic way of dealing with this question, which is to tie more expansive notions of “political” to the foundation: “governance.”

This is how I define and try to perform the art of political theology. 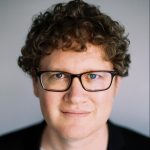