A small village church in North Oxfordshire. I conduct the funeral of an 89-year-old lady originally born in Germany. The eulogy begins with a quote from Hildegard of Bingen – a namesake – continues with a reading in German by a member of her family, and closes as we leave the church to the strains of Edelweiss. She has two families present, her German one from her first marriage, and an English one from her second marriage to an American and their life together in the UK from the late 1960s. Earlier in the day a discussion with a young mum whose two-year old son is awaiting a bone marrow transplant. Now a potential donor has been identified they wait for further tests. I learn that donors now come from all over the world, but that many are from Germany as they have built this principle of donorship into their culture from school age onwards. This is confirmed by a radio programme at lunchtime talking about how the UK needs to emulate this. Another report on staff shortages in the National Health Service comments that over 60% of NHS trusts try to recruit from abroad. So are we not all global now? Do we not all need each other for a whole host of reasons that go beyond the purely economic or political?

When I was a teenager and all the talk was about The Common Market – an early version of the EU – I was instinctively in favour of the European project. I still am, as it has always seemed to me a positive and necessary way forward and an appropriate response to a Europe that tore itself apart in two world wars. On June 23rd the UK must vote whether to remain in the EU or to withdraw (Brexit as it is being called!). Political theology has a stake in this as it impacts upon issues of democracy, the role of the nation-state in an era of increased globalization, and indeed the ways in which religion apparently feeds into the sources of conflict which are just beneath the surface of European life. As has been argued in a recent publication, faith groups can make a positive contribution to counteracting religiously inflected violence through cooperation at the level of civil society, but this dimension is sadly lacking from the current Brexit discussions.

So what appear to be the key issues in the debate?

First, whether or not there is going to be a move towards ever closer political union and the creation of a United States of Europe. It is clear from the terms negotiated by the Prime Minister that the UK would not be part of this, just as there is no appetite for joining the Euro, even though many believe that the common currency could only be effective within a closer political structure.

Second, how trade relationships and terms and conditions of tariffs on exports would function if the UK withdrew. This is a difficult matter to judge and is a matter of conjecture on both sides of the debate. Just as no one can say how Europe would have looked had there been no EU, so no one can say with any certainty how it would look should one of its major members decide to exit and renegotiate the basis for its economic transactions. Listening to the comments of other European leaders, there is obviously a concern that if one member country leaves and then renegotiates what might appear to be more advantageous terms, others countries might decide to do the same and then the whole EU begins to unravel.

Third, the vexed issue of immigration, but given that workers can cross borders anyway, it is difficult to see how this can be addressed either within the existing arrangements or under any new regime.

Fourth, the question of greater control over welfare payments within the UK, and it would appear that the recent negotiations have delivered what the Prime Minister wanted, although his opponents within his own party are less convinced. Fifth, a concern about security and whether or not the UK would be more susceptible to terrorist attacks if it remains in the EU, although much of this is again the result of media speculation rather than hard evidence. Finally perhaps, the concern for business over ever more intrusive and expensive governance and regulation requirements, particularly for small businesses rather than larger organisations, and, again, the claim is that this will be addressed through the new negotiated settlements.

The problem in making an informed and balanced assessment, is that each contributor to the debate approaches it with their own economic and political interests in mind and therefore the uncommitted have little in the way of wider or objective evidence to go on. Even those who argue on economic grounds that the UK would be better off out of the EU tend to admit that the evidence is inconclusive. Both clear-cut and unforeseen consequences of a Brexit are difficult to predict in detail. One can argue that the current EU structures are wasteful, inefficient, and have grown beyond the scale that was originally envisaged, but one cannot know what might have existed had the EU not taken shape as it has. One could also suggest that economic power blocs based on geographical proximity are rapidly becoming a thing of the past given greater globalization since the original vision behind the EU, but this again requires staring into an unknown and uncertain future.

Faced with 3 months of interminable media coverage and political grandstanding on the issue, most of us reach for the sedatives and hope that we can find something else to talk about. Sadly this tells us more about the state of UK (and European and US?) politics than it does about the substantive issues. The Conservative Party in the UK (and therefore the current administration) has always been divided over Europe. So now we have the unedifying scenes of a party tearing itself apart once again whilst pretending to preside over a coherent foreign policy. The “debate” has already been dumbed down to a battle between the current Prime Minister and one of his potential successors (Boris Johnson, Mayor of London), plus other cabinet members who have now declared against remaining in the EU. Great media coverage, but poor politics! What is really depressing though is that both sides in the conflict present their arguments in largely negative terms. One flags up the inherent dangers to security and sovereignty by staying in, the other the threats to economic stability and wider influence by coming out. I have yet to hear a truly positive argument for doing either! Based on those current arguments I find it difficult to identify with either the pro or anti parties.

Is it possible to shift the debate to a more coherent political, let alone theological level? What should be at stake in this? This from Douzinas and Zizek from a recent book on the Idea of Communism commenting on the positive aspirations of Habermas and Beck for the EU:

The Union is no longer a model but a dysfunctional organization of fanatical right-wing government and supine social democrats imposing unprecedented austerity measures, unemployment and poverty on working people in order to return to ‘fiscal discipline’. All pretense of social solidarity and justice, always an exaggerated assertion of the EU, has been abandoned……Socialism for the banks, capitalism for the poor became the modus vivendi of the 2000s”. [1]

In other words, the whole project is now so corrupt and dominated by the neo-liberal agenda that it is beyond redemption. Quite what the alternative might be is less obvious, and one cannot imagine that appeals to return to the communist idea, in whatever form, are going to be a factor in the forthcoming vote! However, as an extreme left response to the whole project, such criticisms have to be taken seriously.

What does Habermas have to say?  He refers to Europe as “the faltering project” and suggests that the problem of the inadequate decision-making power of the EU involves 3 urgent issues. First, global economic conditions militate against the capacity of nation states to draw upon the taxation revenues they need to meet social welfare claims and for collective goods and services. Demographics and immigration – now one of the major challenges facing the EU with questions of hospitality and fortress Europe – aggravate this, and require that the EU recuperate its lost regulatory power at the supranational level. Then there is the pressing question of foreign policy and relationships with the other global power blocs, especially the USA, Russia and China, not to mention the conflicts in the Middle East which have spread into Europe. Can the EU offer a genuine alternative to these? Third is the status of the EU within NATO and, once again, the issue of whether it can represent a different approach to that of the USA and what Habermas calls “a loosening of the normative standards” which used to inform its (USA’s) government policy. [2]

Such a level of debate setting the vision of the EU in a wider global context has yet to appear in the run up to the UK referendum. Perhaps it now seems wildly idealistic, but it surely has to figure as an ethical as well as political dimension of the discussion. Europe as a project is indeed faltering, but given the challenges we now face in terms of climate change, its impact upon future migration, plus current security issues and deeper economic instability, is there not still some validity in a vision that goes beyond the purely internal nation-state agenda? If faith groups have a positive role to play in this, it is surely that of widening the scope of the debate and getting people to lift their eyes above the immediate self-interest horizon in order to see the ways in which we need each other and must work together.

A whole dimension that appears to be missing from the debate so far is the role of Civil Society and its impacts upon wider political and economic culture, and it is here that faith groups also have a contribution to make and should have a voice in the debate. Yes there is the question of a wider political vision, but there also has to be concern for the local and regional as represented by those intermediate structures that are more in touch with most people’s lives than national politics. As described in my opening examples, the reality is that we are already fully entangled and interconnected on a whole series of different levels or assemblages, and there has to be an infrastructure that supports and enables these in positive ways. My instincts have not changed, although knowing how best to operationalize the vision has become ever more complex and demanding. 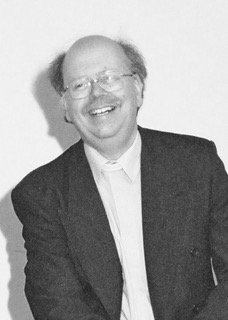 7 thoughts on “The EU Debate: A Primer in Political Theology”