“What is political theology?” was the title of a recent conversation hosted by the Center for Political Theology at Villanova University. It was characterized by a curious inversion: the theologian’s contribution to the conversation landed on “anthropos,” while the anthropologist’s contribution to the conversation landed on “theos” as a core concept. This inversion confirms a critique that has been haunting scholars who combine theology and anthropology. These combinations, the critics contend, take “God” out of “God-talk,” so that theology loses track of its program and principles.

Although I’m not aiming at anything as ambitious as asking or answering the question of what political theology is, I would like to take a look at a few classic and contemporary iterations of this critique here. My aim is not to appease the critics by arguing that theology remains theology even if a little bit of anthropology is thrown into the mix. On the contrary, the critique is spot-on.

I agree that the combination of theology and anthropology provokes a loss of proper and programmatic self-understandings among theologians. Yet I argue that this loss might be precisely what enables scholars to understand political practices which point towards that which escapes both the theological and the anthropological grasp—a pointer which could be crucial to fashion solidarities that connect faiths in the pursuit of justice.

Rudolf Bultmann coined the label of liberal theology to distinguish his new “theological movement” (1) from its liberal fathers and grandfathers. (At least officially, there were very few documented mothers and grandmothers). For Bultmann, the liberals had mixed-up theology and anthropology, thus losing sight of what theology ought to be about: God.

The legacy of theological (as opposed to political or philosophical) liberalism that Bultmann condensed into a label can be traced back to Friedrich Schleiermacher. In his speeches On Religion, Schleiermacher turned to experiences of transcendence, thus shifting from “revelation” to “religion” as the central category of theology. The turn to experience enabled Schleiermacher to open theology to empirical explorations. He even came up with a subject called “church statistics.” Ernst Troeltsch, who saw himself as “doing” Schleiermacher (only better than Schleiermacher had done it himself), reflected on the methods that follow from such openness to the empirical.

Defending the turn to experience in theology, Troeltsch contrasted anti-empirical (in his terminology “doctrinal”) approaches and empirical (in his terminology “historical”) approaches to theology. Troeltsch’s characterization of the two approaches clarifies that the turn to experience cuts to the core of theology. “The one who gives it the little finger must give it the whole hand”, Troeltsch quipped about the empirical. “Hence, from an out-and-out orthodox standpoint, it looks a lot like the devil” (160). Scholars who combine theology and anthropology sup with the devil then.

Today, Troeltsch’s own combination of theology and sociology comes under fire from two influential critics of liberal theology. Tomoko Masuzawa suggests that Troeltsch was a theologian, dressed up as a secular social scientist—and therefore dangerous. John Milbank suggests that Troeltsch was a secular social scientist, dressed up as a theologian—and therefore dangerous. I’m inclined to think that these competing conceptions of Troeltsch say more about the critics than the criticized.

Whatever else the clash between Masuzawa’s and Milbank’s Troeltsch signifies, it shows that the combination of theology and anthropology raises suspicions because it complicates disciplined and disciplinary self-understandings: the theology of theologians who open theology to anthropology won’t survive unchanged and the anthropology of anthropologists who open anthropology up to theology won’t survive unchanged. Reflexes of disciplinary defense are trigged. (And we haven’t even discussed the label of liberalism!) In a way, it is something like Bultmann’s critique of the liberal theological legacy, then, that continues to haunt scholars who combine theology and anthropology today. The critics want to put their “God” back into their “God-talk.”’

Bultmann considered the critique of liberal theology and the critique of political theology to be two sides of the same coin: “If one assumes that social work as such, … work, that endeavors to create humane conditions, is work for the Kingdom of God,” he chided the theologians whom he had labelled liberal, “… then one has no knowledge of the σκάνδαλον of the Word of God.” For Bultmann, “all forms of communal human life”—he wrote this in 1920s Germany, so one has to emphasize his equalization of democracy and dictatorship as forms of communal human life here— “are in the same way under God’s judgement” (15).

Dorothee Sölle stepped onto the scene to end such theological cop-outs from politics. Unlike the founding fathers of the “new political theology”, Jürgen Moltmann and Johann Baptist Metz (yes, fathers again), Sölle is a bit of a forgotten figure today—unfortunately. Her Political Theology can be read as a sharp and sophisticated conversation with Carl Schmitt that aims to convince theologians like Bultmann of the need for political theology. In the aftermath of the Shoah, Sölle tries to wrestle “political theology” out of the clutches of Schmitt and Schmittians. In the process, she defines it as a “hermeneutics” (75) which interprets politics as the site where theology is played out in practice.

A rediscovery of Schleiermacher’s shift from “revelation” to “religion” prompts Sölle to turn to day-to-day experiences as a core category of her hermeneutics:

“All the tentative attempts to re-articulate ‘religion’ today remain unintelligible without the central concept of experience. Perhaps it would be better to speak of experience as a conceptual symbol because these attempts lack a precise psychological or sociopsychological definition, which would allow for an operationalization of the concept. This lack is necessary because a definition would contradict what is said, sensed or searched here. Experience constitutes itself against the empiricism of normality.” (153)

Sölle’s publications fill up with observations that could be characterized as empirical—ethnographic or quasi-ethnographic perhaps—as she draws on both literary and lived experiences as raw material for her political theology. For Sölle, experiences of transcendence are about Karl Marx’ “sigh of the oppressed creature” (147). Her political theology combines theology and anthropology to explore what is said, sensed or searched for in this sigh.

Critics who argue that Sölle conjures up a “thin” rather than a “thick” theology to deck out her “left-liberal” political program misunderstand what’s going on here. For Sölle, there simply is no way, not even analytically, of separating politics and piety: “theos” is entangled in “anthropos,” “anthropos” is entangled in “theos,” and political practices are where these entanglements play out.

Later, Sölle stresses the significance of apophaticism for the performativity of political theology by exploring the role that experiences of transcendence play in political practices of resistance. Apophaticism allows her to draw on the resources of a variety of theologies—Jewish, Christian, and Muslim in her case—to fashion a solidarity that crosses identities in the pursuit of justice. These identities aren’t overcome. They are crossed, connected and re-connected.

As I have argued elsewhere, Sölle sketches the contours of a coalitional and comparative political theology. Without acknowledging it, she harks back to multi-faith networks in antiquity, connected not by saying God, but by unsaying God, as Aydogan Kars has put it. Or can God be sighed?

Methodologically, Sölle’s quasi-ethnographic accounts of day-to-day experiences that escape the anthropological and the theological conceptual grasp could be wired with Valentina Napolitano’s concept of the “trace,” residing “at the intersection of the seen and the unseen, sound and silence,” beyond representation (47). Sölle’s tracing provokes a process theology through which she escapes the charge of essentialism that comes with the concentration on experiences of transcendence. In her apophaticism, theological construction is held in check by socio-political critique and socio-political critique is held in check by theological construction. “I do not understand the interest of Christianity to be the insistence on a proprium, in a timid and trite way,” Sölle confirms (9).

In any case, if “the best work in political theology”, as Vincent Lloyd suggests, “has an impulse to use the conjunction of the two, the political and the theological, to explore the difficulties involved in each” (6), then the combination of theology and anthropology is a promising point of departure for political theologians. Through this combination, they can analyze and assess political practices that point beyond themselves, even if these practices are mere sighs in the pursuit of justice.

Dr. Ulrich Schmiedel is Lecturer in Theology, Politics and Ethics at the School of Divinity, University of Edinburgh, where he serves as Deputy Director of the Centre for Theology and Public Issues. He is the author of Elasticized Ecclesiology: The Concept of Community after Ernst Troeltsch (2017) and Terror und Theologie: Der religionstheoretische Diskurs der 9/11-Dekade (2021) as well as the co-author of The Claim to Christianity: Responding to the Far Right (2020), with Hannah Strømmen.

Ulrich Schmiedel is Lecturer in Theology, Politics and Ethics at the University of Edinburgh, where he serves as Deputy Director of the Centre for Theology and Public Issues. He is the author of Elasticized Ecclesiology: The Concept of Community after Ernst Troeltsch (2017) and Terror und Theologie: Der religionstheoretische Diskurs der 9/11-Dekade (2021) as well as the co-author of The Claim to Christianity: Responding to the Far Right (2020), with Hannah Strømmen.

The “Sigh of the Oppressed Creature” in-between Theology and Anthropology 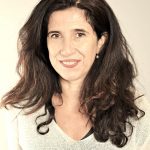 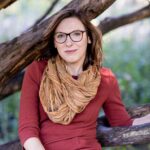 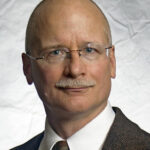 The best place to begin in bringing theology and anthropology closer together is with someone who did not write as if the two were separate, even opposed disciplines. Zora Neale Hurston carried out ethnographic fieldwork on behalf of Franz Boas, and yet, writing in multiple genres, articulated a theological vision that meshed the universal God with particular human experience: “Nothing that God ever made is the same thing to more than one person.” 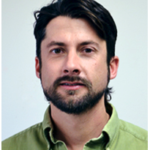 A response to disciplinary crossings

This exchange highlights presumptions about religion, the divine, and ethics that have specific Christian foundations. I wish to propose an inductive, experimental ethics as a counterpoint to notions of ethics and religion that figure as approximations of “the good” (with a redemptive or transcendent horizon usually in view).