Henry David Thoreau was a crank. He was a prophet. He was full of cant. He was full of wisdom. He wrote what he thought, and he often contradicted himself. This sometimes makes him difficult to read.

“Higher Laws” is the title of one of the most difficult chapters of Walden. There, Thoreau addresses food gathering practices, especially fishing and hunting. He praises vegetarianism, and he writes that chastity is a virtue. In what I take to be one of the most offensive lines of an often offensive book, he writes, “Put an extra condiment into your dish and it will poison you” (XI, 6). What was he thinking? Condiments are the best part – my favorites are pickles. One answer: he was trying to live according to these “higher laws,” laws whose authority was above the laws of humans institutions. Higher laws are laws of God and nature, written into the world itself and enforced apart from any human intervention. But would higher laws really condemn pickles? What a weirdo, I often think.

That chapter of Walden, “Higher Laws,” is the central text for Peter Coviello’s assessment of Thoreau’s use for contemporary queer theory in “The Wild No Less Than the Good.” Coviello finds there Thoreau’s deep ambivalence toward embodied life, both as the site of capture by forces of capitalism and the site of plausible resistance to those forces. Coviello suggests that Thoreau has “a yearning for a kind of embodied otherwise, some richer inhabitation of the corporeal self that Thoreau can intuit if not quite live out, not yet” (515). This is, for Coviello, the drive of Thoreau’s ambivalent engagement with renunciative, corporeal practices (as, for instance, refusing condiments).

Thoreau’s renunciation there, in “Higher Laws” and elsewhere in Walden, sometimes looks like “a more conventional sort of post-Protestant asceticism,” the kind of asceticism Weber associated with the spirit of capitalism (513). But Coviello suggests that Thoreau is actually aiming to make a distinction “between renunciation as a kind of body-phobic push toward mastery and, contrarily, an effort to amplify and sensitize the body’s receptivity, to shake loose the carnal self from its overcoding and, through this disciplined self-attentiveness, to remap it into larger constellations of itself” (513). Thoreau’s asceticism aims to train bodies, his especially, “to yearn more largely” than the desires inculcated in them by the economic forces of their worlds (513). The idea about condiments was that you might teach your tongue to taste more savor in your food if you ate it without ketchup.

Caleb Smith’s “Disciplines of Attention in a Secular Age” agrees with Coviello that Thoreau’s discipline was a kind of “counterasceticism,” a practice aimed at “a personal therapeutics” (899). Walden is, in Smith’s account, “a chronicle of Thoreau’s secular spiritual exercises” (904). Smith’s engagement with Thoreau’s “secular spiritual exercises” aims to inform contemporary literary critical method, in which “attentive reading” has – in his view – crowded out other ways of understanding the study of literature as, for example, “criticism, scholarship, or interpretation” (909). According to Smith, Thoreau shows these self-effacing “attentive readers” that attention is always also an act of the will aimed at the formation of the self.

Like Smith and Coviello, I understand Thoreau’s practice in Walden as a form of asceticism. My work – in “The Emersonian Roots of Thoreau’s Political Asceticism” and in my forthcoming book Thoreau’s Religion (Cambridge University Press) – aims to push back against descriptions of ascetic practice that tend to isolate it from its political significance. In Thoreau’s case, people imagine Walden as a sort of nature retreat concerned mostly with contemplation and self-formation. But as Coviello suggests, ascetic practice is often more politically oriented than that. Thoreau’s asceticism was always also related to his hope for just economy – a way of life beyond slavery or exploitative capitalism. I am thus invested in thinking about Thoreau’s religion – his ascetic practice in the woods and the theological commitments that drove it – as deeply tied to his politics.

Like many readers of Thoreau in literary studies, Smith and Coviello tend to view Thoreau as “post-Christian,” or what Smith describes as “secular.” In Smith’s accounting, Thoreau is part of a secular movement to the extent that he participates in the transformation of established Christianity into a kind of “nondenominational morality” (890). Many people think of such a morality as existing apart from the religious traditions out of which it was shaped, and thus as in some important sense separate from those religious traditions.

Rebecca Gould’s article for this roundtable, “Punishing Violent Thoughts,” analyses Thoreau’s influence on the thought of Tarek Mehanna, the Massachussetts citizen imprisoned for providing “material support” to foreign terrorists in 2012. In Gould’s account, Mehanna draws on Thoreau through his appeal to a “higher law.” Gould interprets the “higher law” of Mehanna and Thoreau as referring to the individual conscience. She writes, “Thoreau and Mehanna cultivate a sovereign human conscience, which they consider more efficacious than bodily protest. Thoreau refers to this conscience as the ‘higher law’; for Mehanna, it is shariʿa” (162). In suggesting Thoreau meant conscience when he said higher law, I think Gould also underplays the centrality of religion in Thoreau’s thought. For Thoreau, the higher law was not just written on the human conscience. It had been written there and into the world itself by God.

While it is of course true that Thoreau’s practice was secular in a sense, it was religious in others. Thoreau’s disaffiliation with established Christian churches rested on theological views that he carried with him throughout his life. With Sophia, Thoreau’s sister (whom I quote in “The Emersonian Roots of Thoreau’s Political Asceticism”), I am inclined to view Thoreau as a “person of more faith” than people usually see. Thoreau himself described his practice in Walden as religious. About his daily baths he wrote, “that was a religious exercise, and one of the best things which I did” (II, 14). He was constantly appealing to biblical allusion. His ascetic life drew on diverse traditions of religious asceticism in the conviction that they had discerned true ways to – as he wrote in “Slavery in Massachusetts” – “serve God.”

The idea of obedience to a higher law, written by God into the world, is not popular among academics of our period. As Gould’s article shows, there are many contexts in which it threatens violence. And many contemporary purveyors of so-called “natural law” have given the idea a bad name by using it to enforce their own (often oppressive) sexual predilections.

But the idea that there are laws written into the land and life itself is not only the province of social conservatives and violent extremists. In Australia, where I now live, indigenous peoples’ law has sustained culture for 50-80,000 years. Such law is often read from the land, as one recent title points out: The Land is the Source of the Law.

European and American philosophy has, in general, been too quick to divorce itself from higher laws written into the world. Alongside the revolutionary democratic and scientific innovations this philosophy has yielded, it has also had truly horrendous effects. One of them has been the refusal of the idea that there are limits to human powers.

In spite of the hubris of that philosophy, the world has offered some lessons to its inheritors about limits over the last 50 years. One higher law, insofar as we know it now, is that carbon emissions contribute to increased global climactic disruption. This disruption causes human suffering. In this disastrous context it may be that Thoreau’s greatest gift to inheritors of Anglo-European philosophy is his offering us a figure, however flawed, from our own history who said no to the assumption that progress means divorce from higher laws. 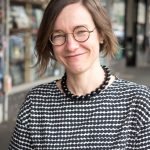 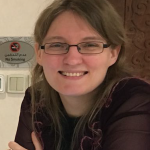 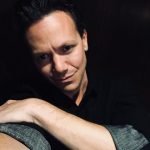